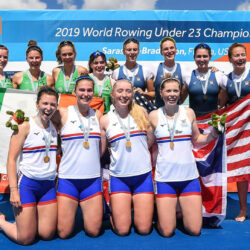 Great Britain topped the medal table at the Under-23 World Rowing Championships at Sarasota-Bradenton in Florida. Four gold medals for the squad on the final day on Sunday July 28th brought the total to 6 gold and 2 silver medals, their best ever medal haul at the Championships. Durham ARC had an interest in two[…] 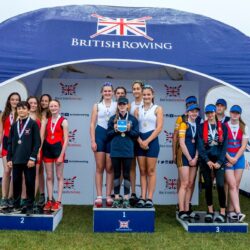 Twenty five Durham ARC Juniors were among over 1600 14 to 18 year-olds from around the country at the biggest ever British Rowing Junior Championships at the National Watersports Centre at Nottingham over the weekend of July 19th to 21st. Along with coaches, parents and supporters DARC was represented in the J14 girls singles, double[…] 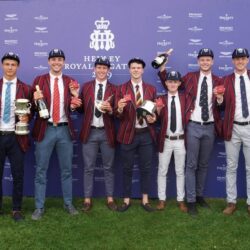 Two former Durham ARC Juniors are included in the 50-strong Under-23 squad selected by British Rowing to represent Great Britain at the World Rowing Under-23 Championships at Sarasota Bradenton, Florida on July 24th to 28th. James Snowball will row in the men’s pair and Hope Cessford in the women’s coxless four. James Snowball is selected[…] 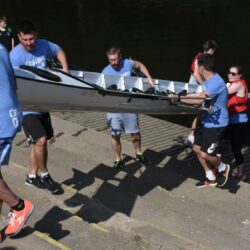 The 40th anniversary Allcomers Regatta on July 14th attracted the largest entry in recent years as interest in taking part in rowing in Durham continues. After four coached sessions crews from the local community who had never raced before lined up in stable coxed fours to race against each other in a series of round[…] 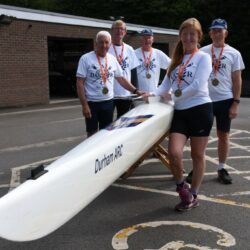 A long serving Club boat has been brought out of semi-retirement to enjoy renewed success. In March 1983 a new carbon fibre coxed four named “Durham ARC” was bought by the club from Janousek Racing Boats. This was at a time when most racing boats were wooden in construction, with many of those used in[…] 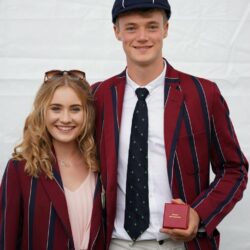 Former Durham ARC Junior James Snowball achieved success on finals day at Henley Royal Regatta on July 7th rowing in the Oxford Brookes University eight that defeated Northeastern University from the USA by three-quarters of a length to win the Temple Challenge Cup for academic eights. The photo shows James with presentation medal and Henley[…] 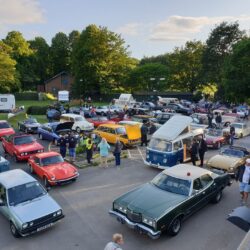 On Monday July 1st DARC hosted the first Classics by the River, a classic car show for vehicles registered before 2000. Arranged in conjunction with Classic and Retro Events it proved a great success with the club car park taken over for the evening by 92 classic cars and motorcycles. With a bar and BBQ[…]