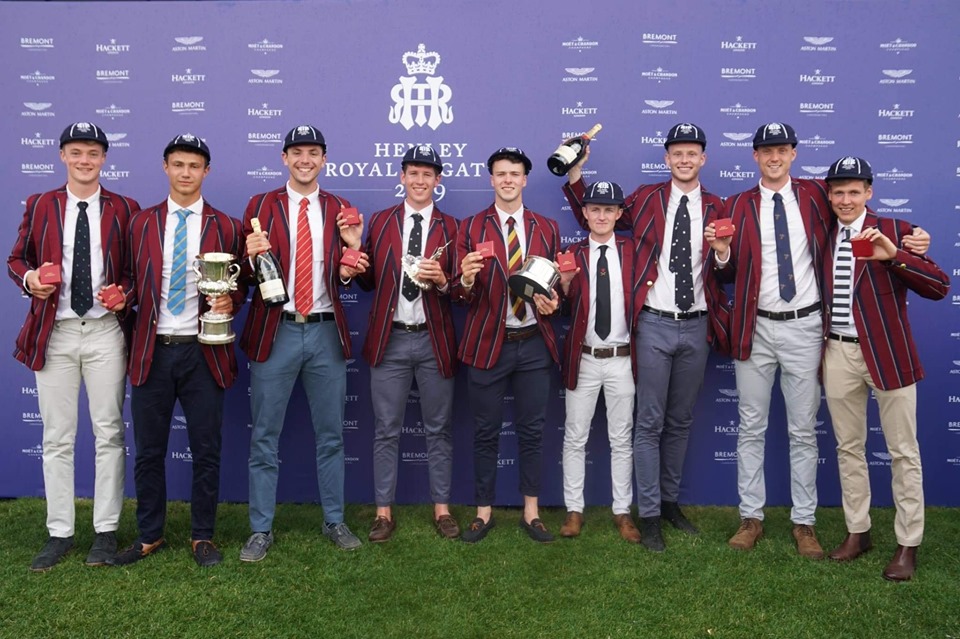 Two former Durham ARC Juniors are included in the 50-strong Under-23 squad selected by British Rowing to represent Great Britain at the World Rowing Under-23 Championships at Sarasota Bradenton, Florida on July 24th to 28th. James Snowball will row in the men’s pair and Hope Cessford in the women’s coxless four.

James Snowball is selected for the men’s pair along with Rufus Biggs of Molesey Boat Club. James is currently studying at Oxford Brookes University and has been competing in the Oxford Brookes eight for the past 3 years. He was a member of the Oxford Brookes 8+ (above) that won the Temple Challenge Cup for University eights at Henley Royal Regatta, defeating Northeastern University from the USA in the final on July 7th. James rowed as a Junior at Durham ARC and in 2014 was a member of the  J18 eight that was victorious at the National Junior Championships at Nottingham, the first occasion the club had won an eights event at the Championships. The crew was coached by Alan Granlund and Bill Parker.

Hope Cessford is selected for the women’s coxless four where she will again partner Lauren Irwin of Durham University and formerly of Chester-le-Street ARC, with whom she also rowed for GB at the 2016 World Junior Championships in Rotterdam. The two are joined in the U23 crew by Lydia Currie and Alex Rankin, both of Edinburgh University.

For the past 2 years Hope has been studying at Harvard University in the USA, where she competes in the Radcliffe Heavyweight eight. Whilst a Junior at Durham ARC Hope was coached by Gordon Beattie and won a gold medal in the single sculls event at J16 level at the National Junior Championships at Strathclyde Park in 2015.

More than half of the athletes selected represent clubs supported by British Rowing in the High Performance Programme in Clubs initiative, which covers the universities of Edinburgh, Durham, Newcastle, Oxford Brookes and London, as well as Leander Club and Molesey BC.

The Championships has attracted nearly 700 rowers from 53 nations, Great Britain accounting for the third greatest number of entries after the USA and Germany.

Also announced this week is the squad of 72 to represent England at the Home International Regatta at Strathclyde Park on July 27th, and included in the Lightweight 2x is another former DARC Junior Richard Mathewson who now represents Agecroft RC. Richard was a member of the Championship winning DARC J18 eight in 2014.

Congratulations from everyone at DARC.

DARC is sending a contingent of 22 to the British Rowing Junior Championships at Nottingham over the weekend of July 19th to 21st.