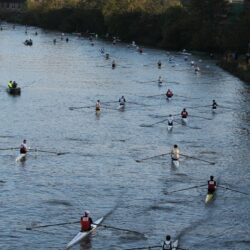 DARC had Masters representatives in two of the Head of the River races taking place on the Tideway during November. These are staged on the Championship course on the Thames between Mortlake and Putney. On November 13th Gill Prescott and Helen McMillan entered the Veteran Fours Head as a Masters D composite coxless quad with[…] 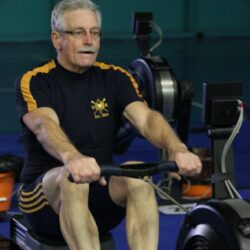 Durham ARC’s only representative Roger Stainforth emerged from the British Rowing Indoor Championships on December 10th with a gold medal, the third time in 2 years that he has returned victorious since the national championships were relaunched in February 2015 and moved to their new home, the 2012 London Olympic velodrome at Lea Valley VeloPark.[…] 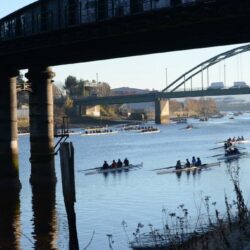 This year’s 50th anniversary Rutherford Head proved to be the most popular to date with entries suspended 2 weeks before the official closing date. Named after its founding body Rutherford College (the forerunner of Northumbria University) the Head effectively marks the start of the winter racing season. Come November 26th a calm, sunny but cold[…]