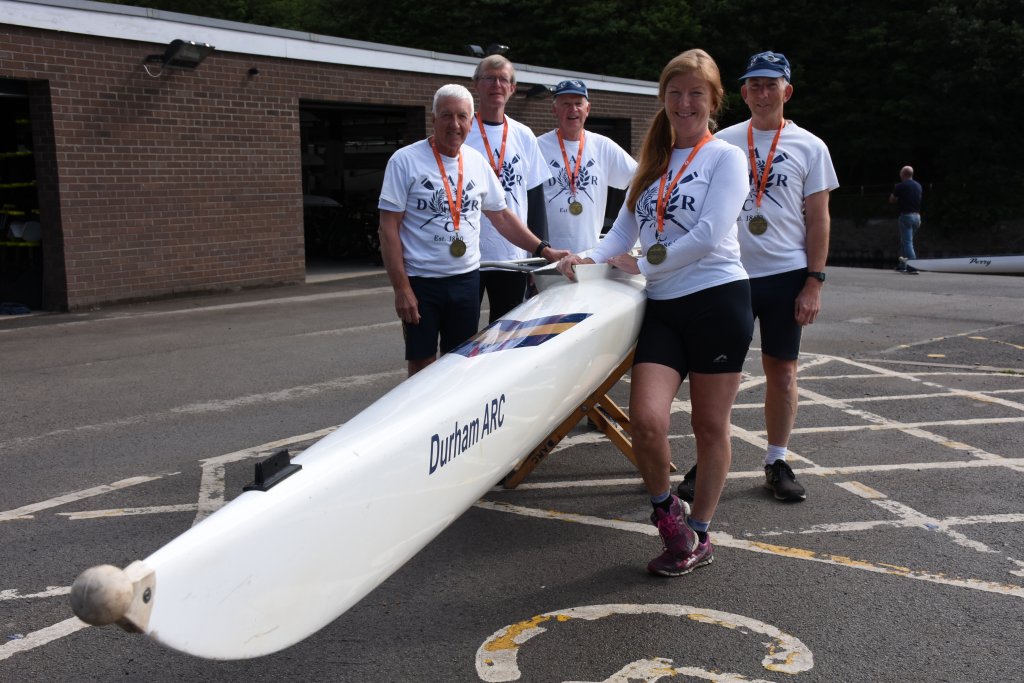 A long serving Club boat has been brought out of semi-retirement to enjoy renewed success. In March 1983 a new carbon fibre coxed four named “Durham ARC” was bought by the club from Janousek Racing Boats. This was at a time when most racing boats were wooden in construction, with many of those used in Durham being built to order by Erik Whiteley at Browns Boathouse.

Janousek Racing Boats is a British-based manufacturer established in 1981 by Bob Janousek who competed in rowing events for Czechoslovakia at the 1960 and 1964 Olympics before moving to the UK as a coach and later boat-builder. Janousek boats are constructed of glass fibre with a honeycomb core which creates a balanced blend of stiffness, weight, durability and cost. The company was one of the first to offer boats of this construction for sale in 1982 and continues to be noted for the longevity of their boats.

The newly acquired boat was quickly put into service, being used by the Durham ARC senior women’s crew of Angela Lund, A.Page, C.Fraser and A.Dawson, coxed by Tommy Maddison and coached by Geoff Graham, to win a silver medal at the National Championships in 1983.

It was to enjoy much good service over the years, but as a succession of new racing boats were purchased the status of “Durham ARC” became that of a general purpose workhorse and its use for racing declined.

However after undergoing refurbishment around five years ago the boat was subsequently adopted by the growing band of daytime masters who had joined the club from Learn to Row courses through British Rowing’s Explore Rowing Programme, and started to enter regattas for the first time, with the MasF/G squad this year racing it as a coxed quad at Tees and Hexham Regattas.

Their first success came at Talkin Tarn Regatta in July, a win being achieved in the MasF 4x+ against Windermere and St Andrew by a crew averaging 67 years of age racing in a 36 year-old boat, the crew comprising Dave Green, Steve Auster, Vaughan Gordon and Colin Lawson, coxed by Helen Adair (who had also won her first race as a novice in the same boat some 8 years previously). 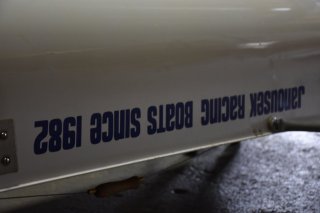 “Durham ARC” is reportedly the oldest Janousek boat still in use.

As the old adage goes, “There’s many a good tune played on an old fiddle!”