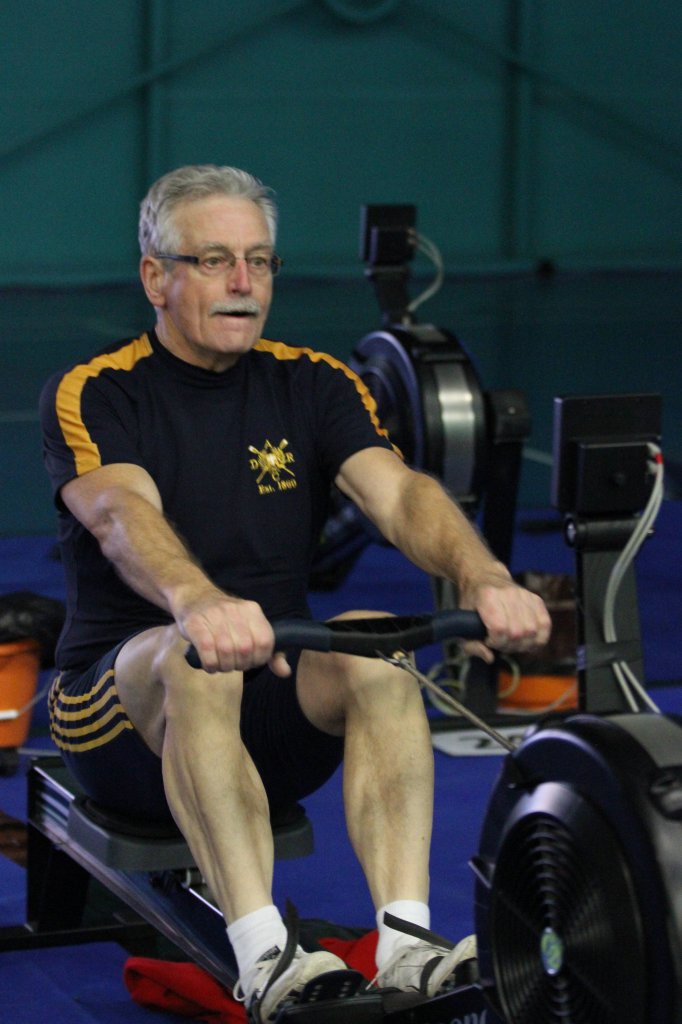 Durham ARC’s only representative Roger Stainforth emerged from the British Rowing Indoor Championships on December 10th with a gold medal, the third time in 2 years that he has returned victorious since the national championships were relaunched in February 2015 and moved to their new home, the 2012 London Olympic velodrome at Lea Valley VeloPark.

Competing in a 7-man field in the heavyweight Masters 70-74 age group Roger held off his closest rival from Australia in a thrilling encounter, winning by only 0.1sec over 2km in a time of 7min 08.8sec, only 0.1 sec outside his own British indoor record set at the same championships in February 2015.

The victory rounded off an outstanding year for Roger who also enjoyed a maiden victory on the water at the British Rowing Masters Championships at Nottingham in June, winning the Masters F double sculls with Martyn Calkin, and then played his part in setting a world record for the age 70+ 100km ergo team relay in Cornwall in September. 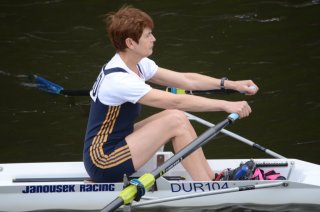 For his achievements Roger was presented with DARC’s Oarsman of the Year award at the annual Oarsman’s Dinner in October. Oarswoman of the Year Joyce Collett, also a gold medallist in the 60-64 category at last year’s national Indoor Championships and winner at the national Masters Championships in the IM3 Masters G single scull, was taking a well-earned break and celebrating her birthday.