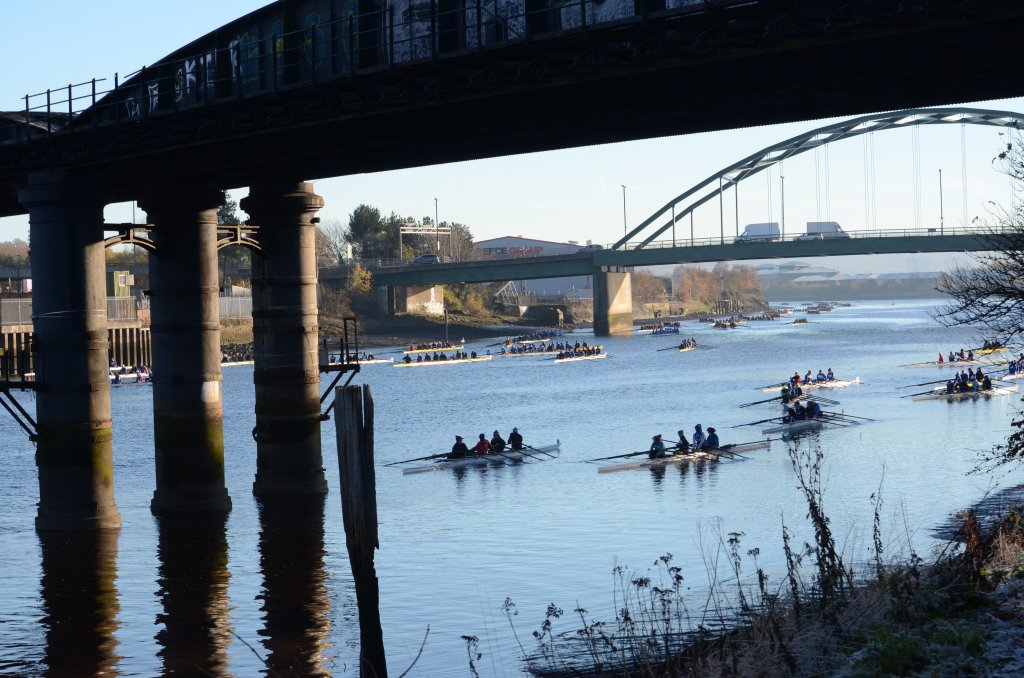 This year’s 50th anniversary Rutherford Head proved to be the most popular to date with entries suspended 2 weeks before the official closing date. Named after its founding body Rutherford College (the forerunner of Northumbria University) the Head effectively marks the start of the winter racing season. Come November 26th a calm, sunny but cold day saw 120 crews take to the Tyne for the morning division and 130 for the afternoon.

With the BUCS Fours and Eights Head scheduled for the second consecutive year on the same Championship course in February 2017 there was a large entry from Universities and Colleges as far afield as London and Aberdeen, with Edinburgh, Durham and Newcastle Universities once again contesting the main prizes. Agecroft and City of Cambridge Rowing Clubs were also well represented.

Durham ARC entered 12 crews, three in the morning and nine in the afternoon.

The J17 boys’ coxless quad (Harry Coe, Josh Stephenson, Matthew Skinner and Matthew Edge) had to step up to J18 and finished 3rd, 36 seconds behind the winners from St Leonards.

The plan was for the J15 girls to have their first race in an eight, stepping up to race novice against university crews. Unfortunately, illness continued to confound plans, and it was a real team effort, with Junior Co-ordinator Vickie Jackson and senior women’s squad member Olivia Brown joining Nicola Field and Linda Forwood from the masters women, all willingly subbing in. The odds seemed to be stacked against them but they all pulled together and the crew of Catherine Musgrave, Nicola Field, Millie McIntyre, Linda Forwood, Olivia Brown, Gabby Suggett, Vickie Jackson, Jess Cooper and cox Lily Sanderson ended up with a fantastic second place and were only 5.5 seconds behind the winners from Edinburgh University. They comfortably beat the rest of the opposition which included crews from Glasgow University, University College London, a second Edinburgh University crew, Aberdeen University and St Cuthbert’s College. 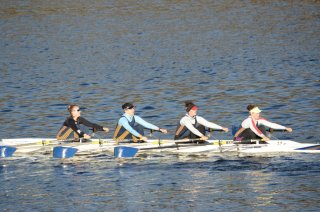 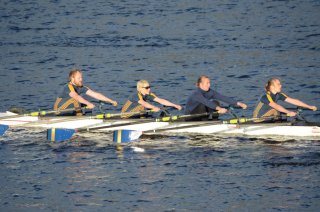