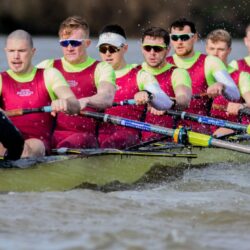 After a succession of winter storms and frustrating cancellations the season reaches its climax with the Head of the River Race on March 21st followed by the Men’s and Women’s Boat Races on March 29th. Durham ARC alumni have been prominent in preparations for the Boat Race, which during February and March have featured a[…]