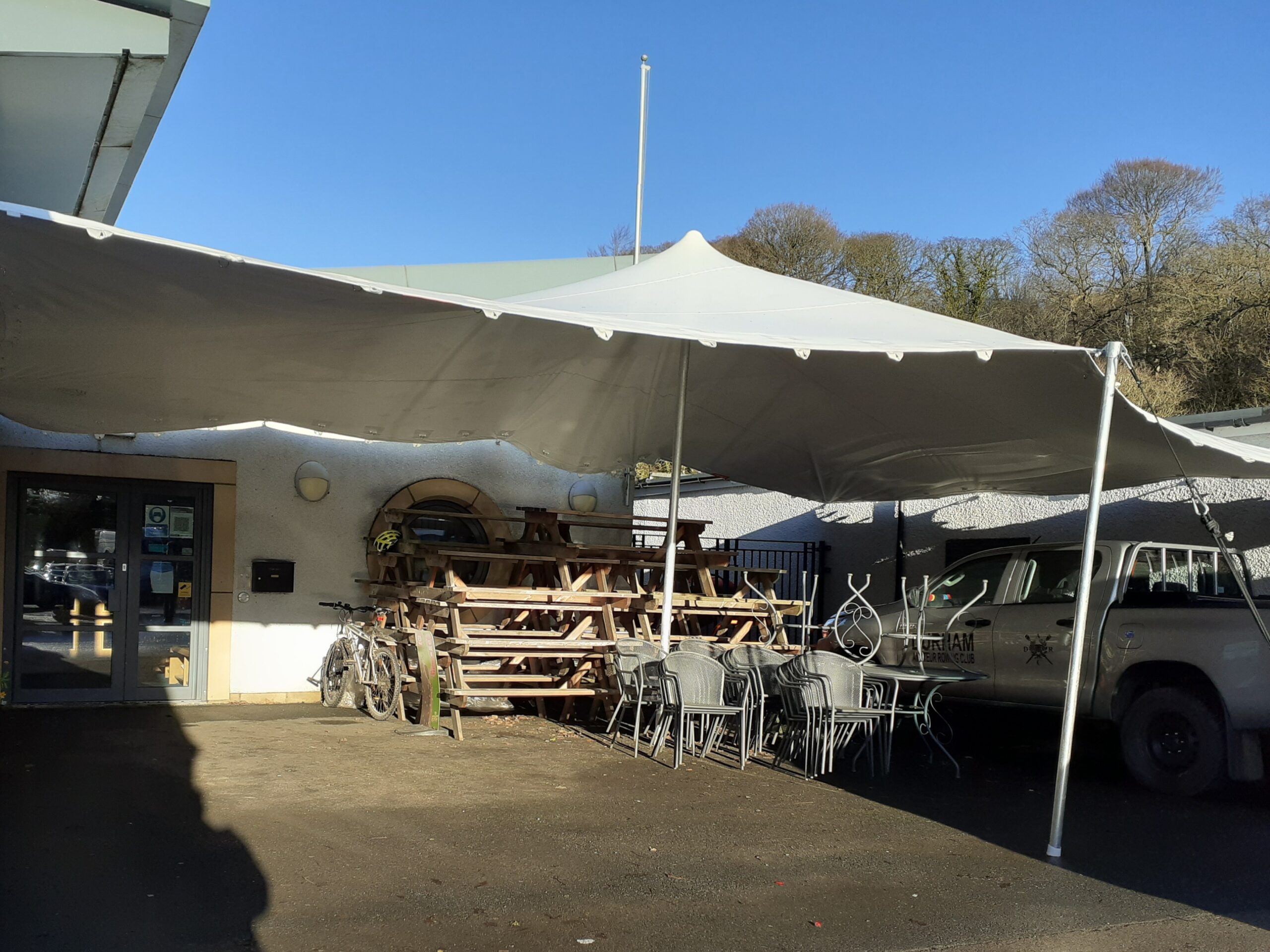 Like last year 2021 was dominated by Covid-19 but there have been brighter interludes to smooth the rollercoaster ride.

The year got off to a bad start with tiers being replaced 4 days into January by a national lockdown which meant virtually no rowing until the end of March, after which restrictions eased slowly and gradually until being almost completely removed in October. As the year ends concerns about the latest variant are again uppermost in our thoughts.

The winter head racing season was written off and with most members confined indoors Zoom Ergos continued its popularity. Some lighter moments were provided by virtual replacements for some of the Tideway competitions, notably the Virtual Women’s Eights Head of the River Race ‘Not_Wehorr2021’ in which Durham ARC was represented on the ergo by Ray Dominy, Gabby Maxfield, Libby Morris, Tilly Stoddart, Orlagh Windle, Fran Suggett, Alice Chilvers and Jennifer Napora.

Undaunted by the pandemic Roger Stainforth continued his amazing record on the indoor racing circuit after belatedly coming to grips with the technology of virtual ergo racing which gave him the ability to compete against allcomers from around the globe without venturing outside his living room. In February he added a 75-79 2k gold medal at the Canadian Championships and a silver at the World Indoor Championships to his collection, before a first appearance at the virtual CRASH-B American Championships in March. Later in the year he added two more double successes with gold medals over 2km and 500 metres at both the British Rowing Virtual Championships in September and the BRIC Indoor Championships in December.

The racing calendar stumbled into action when the Boat Races were given clearance to take place behind closed doors at Ely on April 4th. The regatta season followed slowly and after numerous cancellations the first involvement for the Club came on May 30th when the J16 girls went to Nottingham for the second day of the National Schools Regatta.

Although younger Juniors missed out on national competition this year there was a return to Nottingham for the older age groups in July for the national Championships, at which DARC was this time represented by the J17 girls and J18 boys.

Local regattas survived at Hexham, Durham and Tyne in June, and at York in July, all bringing racing success for DARC squads. Durham City Regatta and Durham Autumn Sprint were again axed. The National Masters Regatta was restricted to one day rather than the usual two.

In a topsy turvy year the 2020 Tokyo Olympics took place a year late, uncertainties about Covid restrictions led Henley Royal Regatta to move to August, and several other events followed suit by moving their dates.

Several DARC alumni graced Henley with their presence including Matthew Edge, Harry Coe and Jess Eddie, with winning performances from Elise Sanderson in the Island Challenge Cup and a double success for Hope Cessford in the Town Challenge Cup and the Remenham Challenge Cup.

Earlier in the year there was national success for Matthew Edge winning gold in the Lightweight Pair representing Cambridge University at BUCS Regatta, and a first senior international call up for Hope Cessford who was included in the GB squad for the third round of the World Cup in Sabaudia, Italy.

To find some extra action in advance of the autumn head racing season there was a first visit in 9 years to Hollingworth Lake in September for the North of England Sprint Championships.

The head racing season brought success at each round of the Long Distance Sculling Series but Rutherford Head was postponed because of an unsuitable weather forecast and is scheduled for a rerun in February. Four crews entered the Fours Head and one the Veteran Fours Head on the Tideway in November.

The degree of success achieved was quite remarkable given that as well as having to contend with Covid-19 the closure of New Elvet Bridge for repair until the end of October meant that outings were restricted for most of the time to 1km of river. This also presented a major challenge for Durham Regatta and involved shortening the course on the first day and running both days without spectators and ancillary entertainments. 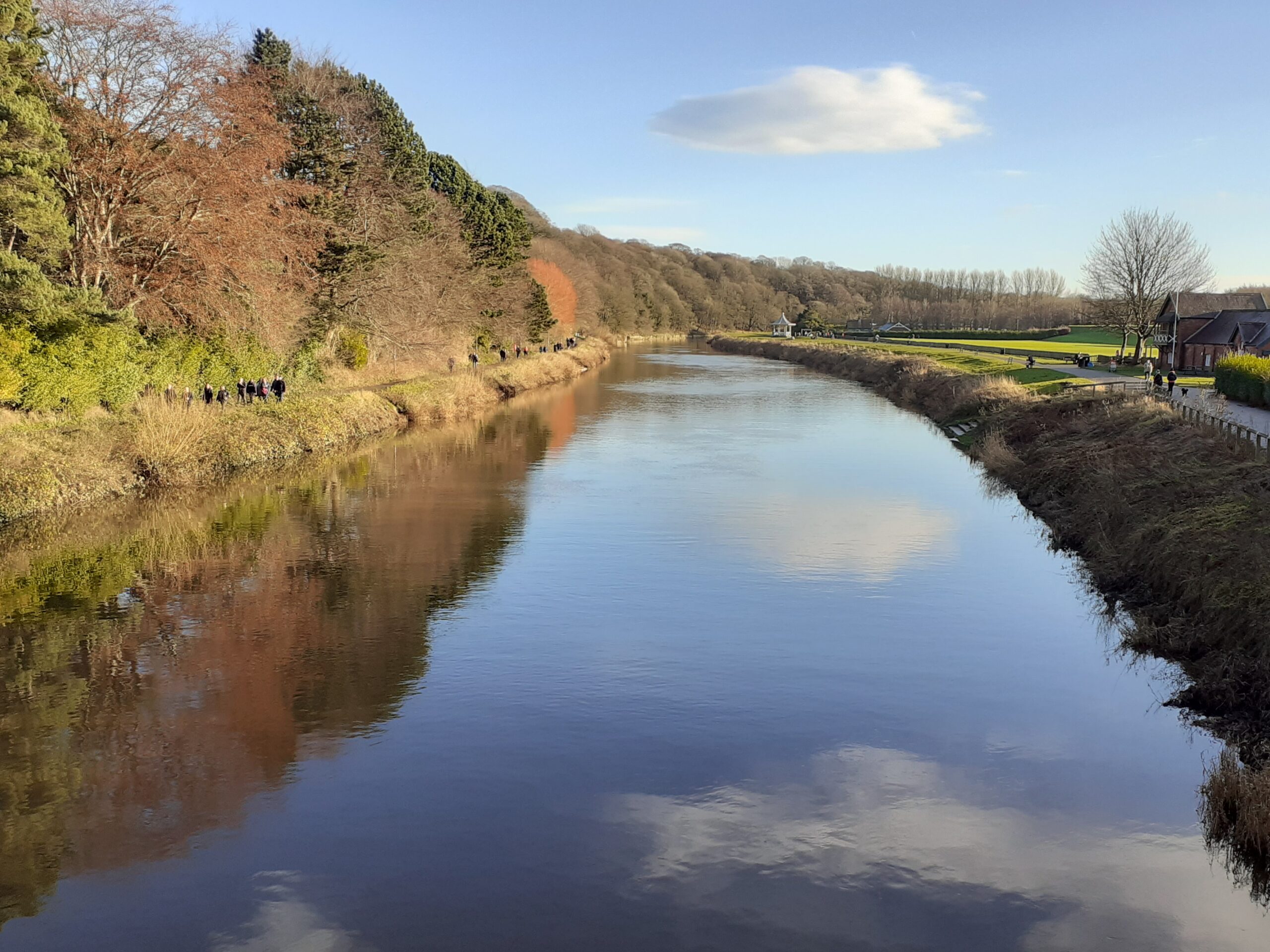 Learn to Row courses continued when possible under the guidance of Tim Morris which has allowed the recruitment of new members to continue. However, restrictions on the use of crew boats have made progression into squads difficult. A mix-in group has started to address the integration of members.

Committee changes at the 2021 Annual General Meeting saw Paul Rutter taking over from Barry Hudson as Chairman, new vice-captains Dan Lockey and Rebecca Chilcott elected, and Megan Titterington and Gabby Maxfield taking on the organization of social events, the first being the Oarsman’s Christmas Ball.

Governance changes continue. Following registration of the Club in 2020 as a Company Limited by Guarantee it is now in the process of registering as a charity. The 1860 Bar & Kitchen was established in 2021 and was able to start trading in April. Business has been brisk, and it now has a staff of 13 covering all the Club’s catering activities, with profits channelled into the rowing side of the club. A partnership was also formed with Seaham Adventure Centre, bringing a range of other paddling activities to the river, and the caravan site continues to generate income.

Sad news came with the loss of Mick Downworth in January, and Bill Parker and Gerry Sharpe in June

The year drew to a close with the naming of The Legend Clive Hole, while on a sadder note Van Mildert boathouse was razed to the ground by fire just before Christmas.

Looking to the future Rowing needs to change if it is to survive within the funding framework for sport in the UK. British Rowing has drafted a strategy up to 2024 in which inclusivity and broadening the scope of its appeal are recurring themes. Feedback is welcome via the strategy microsite.