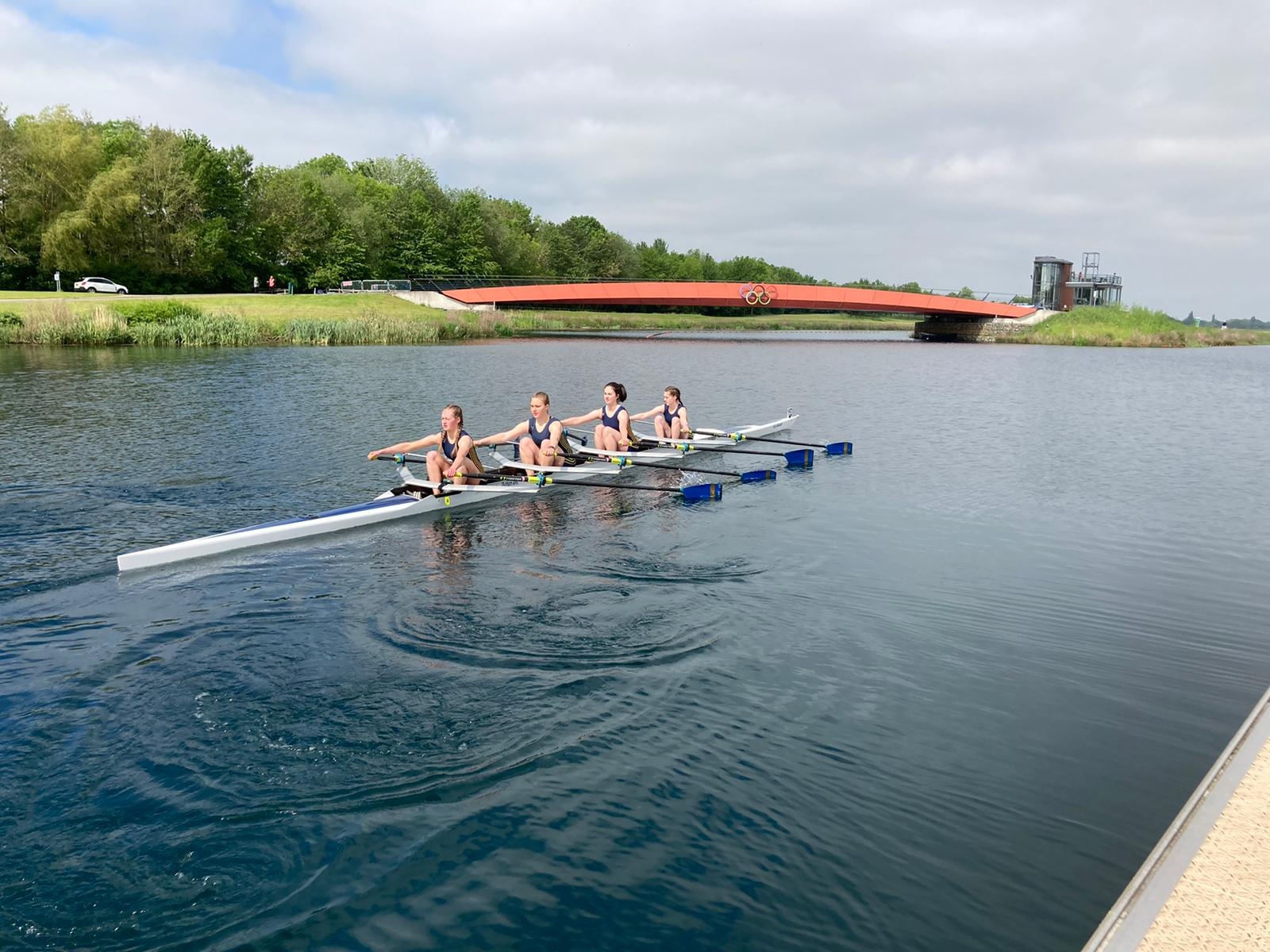 In January it was decided that because of Covid restrictions the 2021 National Schools Regatta (NSR) would be divided into two parts, the weekend of May 29th and 30th being part 1 for J16 to J18 athletes held on the 2012 Olympic course at Dorney Lake, while part 2 is scheduled to be a Youth Festival for J14s to J16s taking place at the National Water Sports Centre at Nottingham on September 25th.

The J16 girls represented Durham ARC in the Thames/Fawley Cup on day 2 at Dorney Lake on Sunday. Day 1 on Saturday was reserved for racing at Championship level.

As DARC’s sole competitors this year Jennifer Napora, Libby Morris, Orlagh Windle and Tilly Stoddart, who are coached by Cathy Rooney, were drawn to start at 10.25am in the time trial over 1900 metres for the J16 Girls coxless quad. Because of the large entry and time pressure enforced by the regatta being a two-day event rather than the usual three, only the 12 fastest crews out of 30 in the time trial would progress to the A or B finals over 2000 metres on Sunday afternoon.

Held behind closed doors, and with numbers limited by Covid restrictions, the only means for supporters to  follow the action was through the live streaming provided over the two days of competition on the NSR YouTube channel, and results provided by Time Team on the NSR website.

Like others the crew had been starved of competition over the previous 18 months, but were hoping to emulate their success at the 2019 British Rowing Junior Championships where they won bronze medals at J14 level.

A spirited performance saw the girls complete the time trial in 7.27.22, putting them into15th place, the fastest time recorded being 7.05.20 by Kingston Grammar School. Unfortunately this meant that DARC missed out on qualification for the finals by less than 5 seconds. The eventual winners of the A final were Marlow Rowing Club. You can watch the time trial video here.

Although disappointed they can be very proud of representing the club on such a big stage, coach Cathy commenting that “It wasn’t quite the result we wanted but we trained hard and raced very well. It was awesome to get back racing again!”.