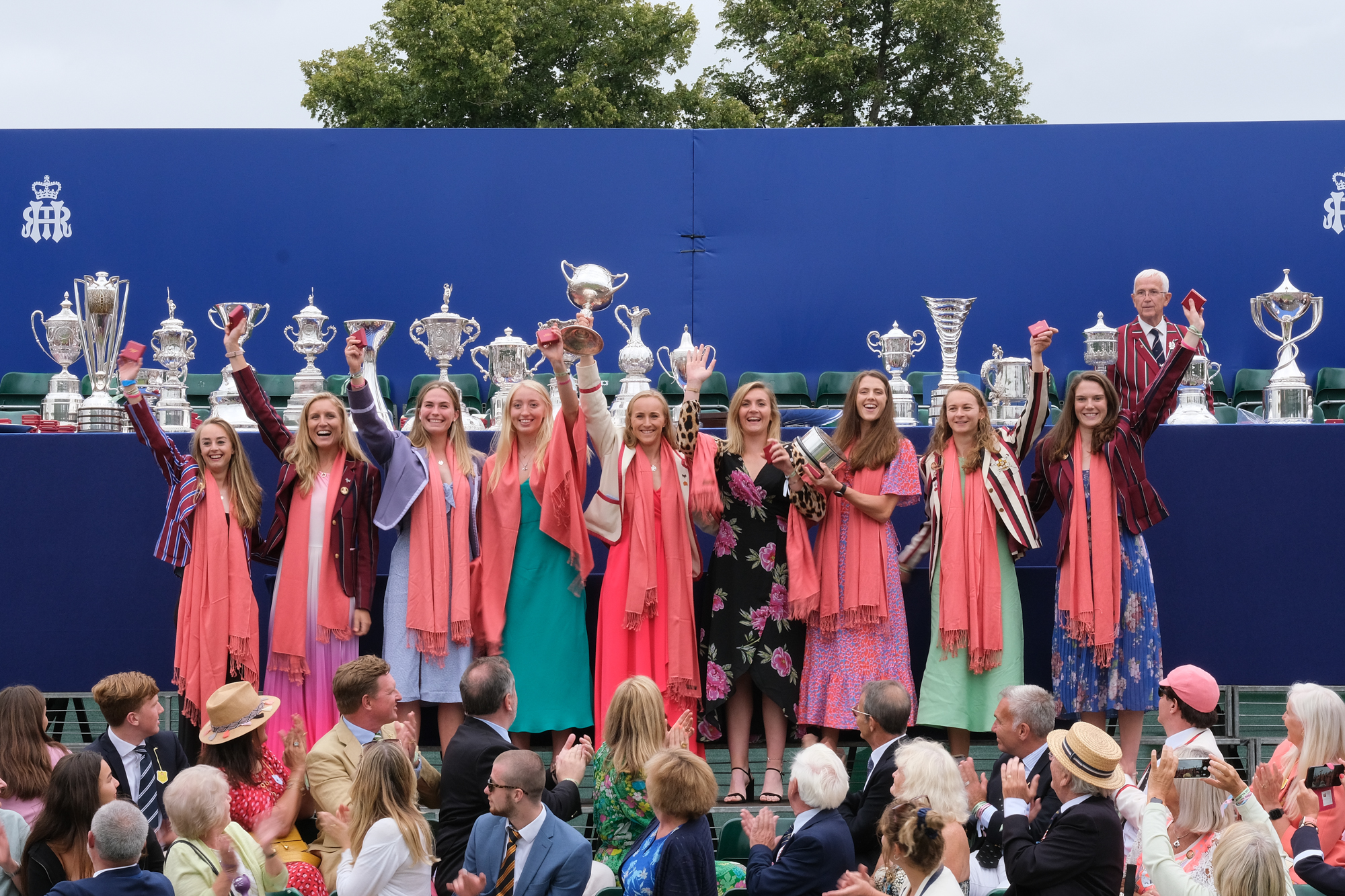 After last year’s cancellation the prestigious Henley Royal Regatta went ahead six weeks later than planned because of Covid-19 and saw competition extended from 4 days to 5 days of exciting 2-lane racing over the 2112-metre course between August 11th and 15th 2021, although entries were down on previous years because of travel restrictions and Covid mitigations.

The addition of 3 new events for women, at Club, Student and Junior level – the Wargrave Challenge Cup, Island Challenge Cup (2020) and Junior Women’s 8+ (all for Eights) – brought the total number to 26, acknowledging the huge growth in women’s rowing in recent years, and began the balancing of club and student events.

There was however some joy for former Durham ARC juniors who were competing as seniors for their current clubs.

Matthew Edge stroked Cambridge University BC to victory over Isis BC in the Prince Albert Challenge Cup on Wednesday, before the coxed four went out against eventual winners London University on Friday.

Jess Eddie, representing London Rowing Club, and Katie Greves were knocked out of the Stonor Challenge Cup for Women’s double sculls on Friday against eventual winners Imogen Grant and Emily Craig, who narrowly missed out on a medal in the Women’s Lightweight 2x at the Tokyo Olympics,

Elise Sanderson coxed the Oxford Brookes ‘A’ Eight to victories over Oxford Brookes ‘B’ on Friday and Cambridge University on Saturday before overcoming London University by half a length in the final on Sunday to take the inaugural Island Challenge Cup for student Women’s Eights.

Elise has had success previously coxing DARC eights to victory at the British Rowing Junior Championships and World Masters Regatta.

Last but not least there was a double success for Hope Cessford who raced in the winning Leander Club ‘A’ 4- against Leander ‘B’ in the final of the Town Challenge Cup for Women’s coxless fours on Sunday, and then gained her second final victory of the day with the same four consisting of Heidi Long, Alice Davies, Lauren Irwin and Hope Cessford who were joined by Hambledon Pairs Cup winners Sam Redgrave and Susie Dear, along with Holly Nixon, Annie Withers and cox Morgan Baynham-Williams in the Leander 8+ for the Remenham Challenge Cup, the top event for Women’s Eights. The Leander eight prevailed in the final by 1 ¼ lengths over an Oxford Brookes University/Queens University, Belfast BC composite. The photo shows the crew at the post event presentation.

Leander had reached the final of the Town Challenge Cup by beating a Nottingham RC/Leander Club composite on Saturday, and on the same day overcame a Molesey BC/Leander composite in the semi-final of the Remenham.

The Town Challenge Cup was introduced in 2017 to reflect the addition to the programme of the Women’s coxless four as a new event for the Tokyo Olympiad.

Since graduating from Harvard University Hope has been training with British Rowing’s ‘Project Paris’ squad preparing for the 2024 Olympics. The squad is based in Henley at Leander Club which was one of the centres granted special dispensation in February as an Elite Development Pathway Hub, allowing athletes exemption from Covid restrictions in addition to those Team GB members competing at the Tokyo Olympics.

Hope again joins Lauren Irwin with whom she competed as a junior. The pair have represented GB several times at Junior and Under-23 levels, and competed for the first time this year at Senior level in World Cup III in Sabaudia.

Results of all Henley races can be found here.

Henley race videos can be found on the Henley YouTube channel.