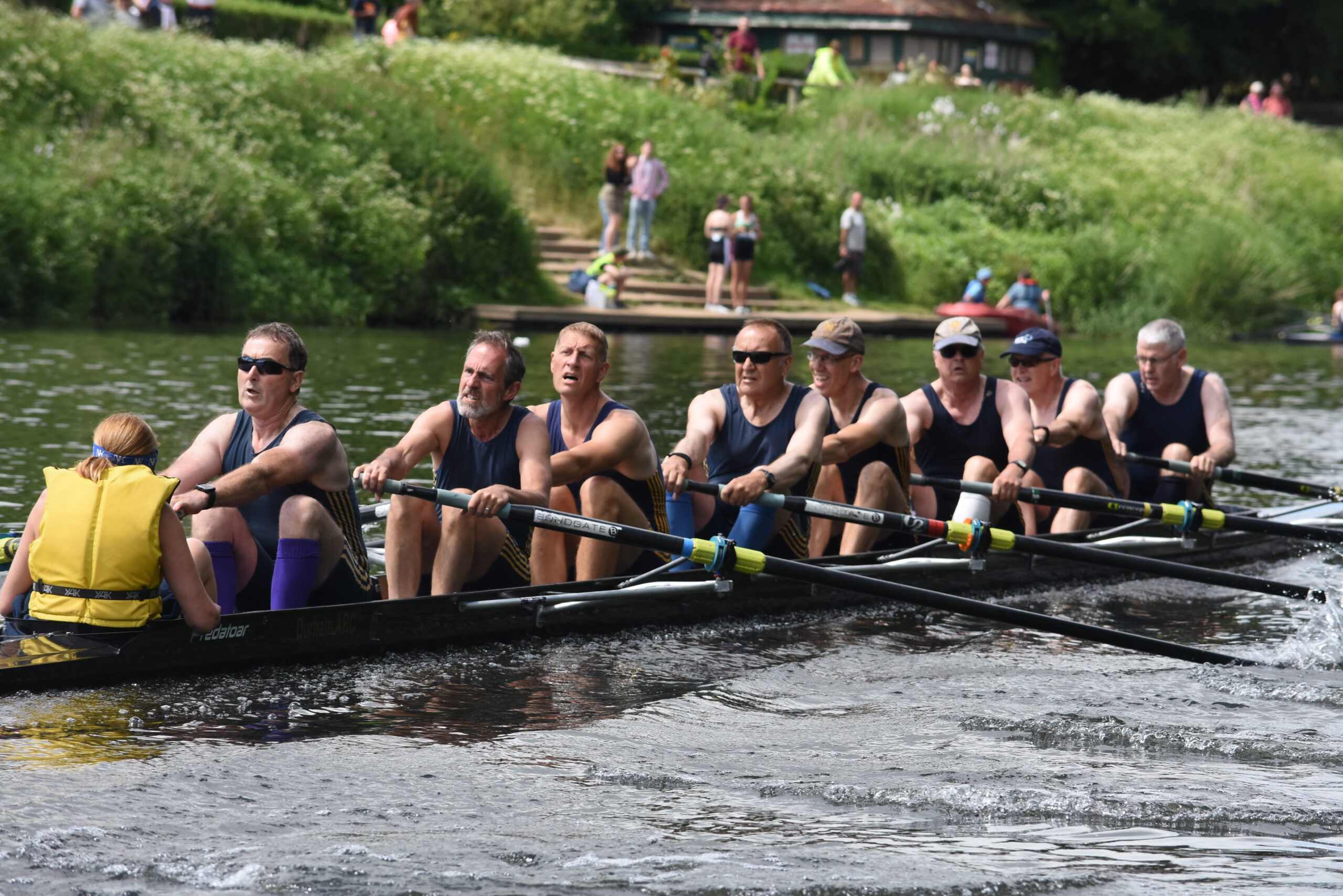 Of the 9 DARC single scullers entered at Junior and Senior level two made it into the final of the Elite 1x, pitting David Rutter and Nick Baird against one another. David ran out winner by 1 length although Nick later conceded that he may have undercooked it.

The second win on Saturday went to Olivia Bothamley-Dakin and Ella Williams in the Women’s Elite B 2x who won 3 races, including the final by 4 lengths against Queen Elizabeth HS. 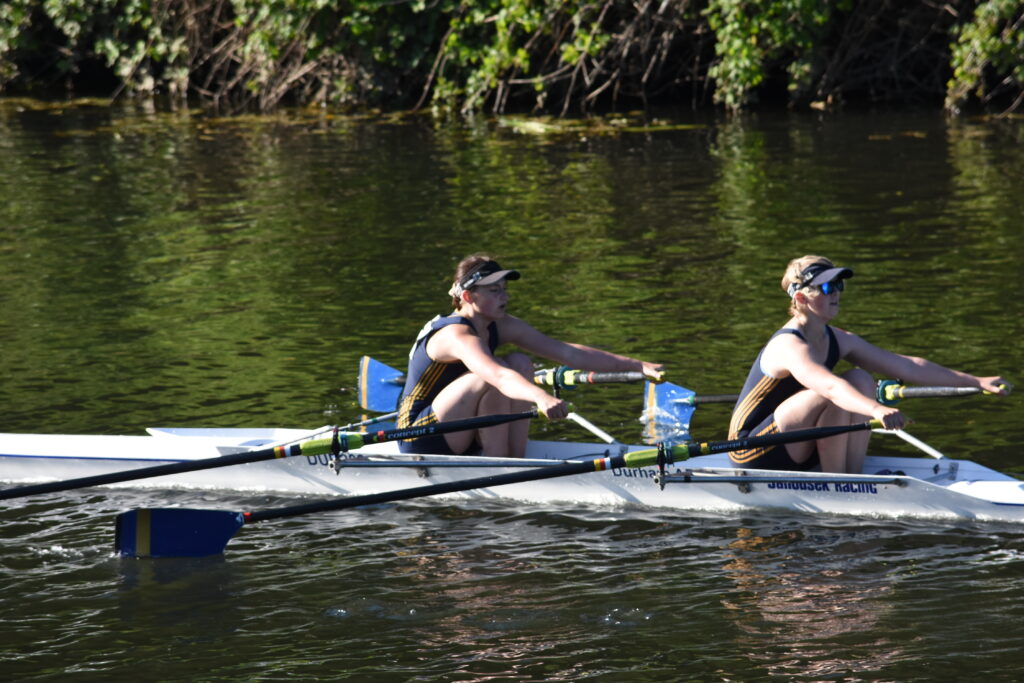 The Women’s Elite A 4x- lost to York City in the final.

Of the two Elite 2x crews taking part Henry Hoyle and Dan Lockey won their first race but succumbed to Hild & Bede College in  the semi-final.

The J17 girls entered the Women’s Intermediate 8+, beating University College in the quarter-final, but lost to Tyne ARC in the semi-final.

Neither of the Open Beginner 4+ crews progressed to the final.

The J18 Crabtree 2x got to the final but was beaten by a Tyne ARC/QEHS composite.

The WJ18 2x was beaten by Durham School in the semi-final.

The J15 4x+ lost against York City in the semi-final.

The J14 4x+ reached the final but were beaten by Yarm School.

The British Rowing Masters Championships at Nottingham had its usual clash of dates with Durham Regatta, but this year’s competition was whittled down to a single day of racing on Saturday because of Coronavirus restrictions. 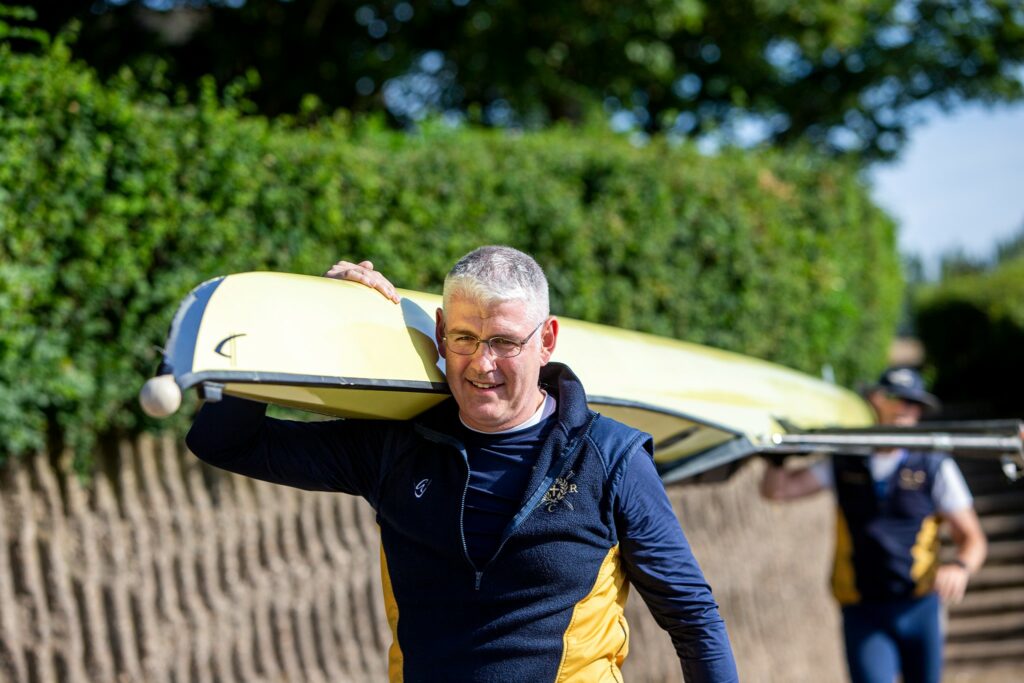 All the results from the Masters Championships are listed here.

On Sunday the J16 girls (Tilly Stoddart, Libby Morris Francesca Suggett and Orlagh Windle) repeated their Hexham success of the previous week by winning the WJ16 4x- final against Yarm School, one of four successes in total for DARC on Sunday, the remainder being victories in three of the four Masters events contested. 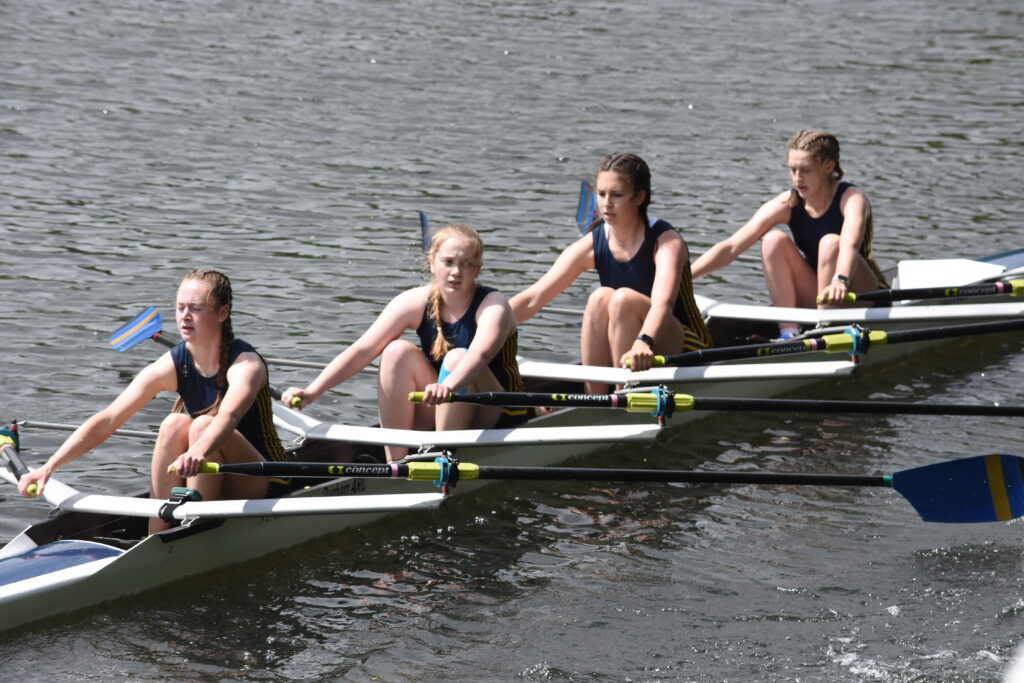 The Sunday successes at Durham included victory over Tyne ARC in the final of the MasE 8+, four of the DARC crew members having returned from Nottingham for the occasion, the line-up being David Heppell, John Lyons, Martyn Calkin, Rob Coe, John Watkinson, Michael Terry, Richard Court, Paul Rutter and cox Sarah Rutter (photo above).

There was a win for the DARC/Yarm School WMasE 4x- composite (Jo Lewis, Aisling Dutton, Gabrielle Moore, Angela Lund) against the DARC WMasD and WMasE quads in the WMasD/E event, and for the MasH quad (Julian Ringer, Phillip Stephenson, Derek Gordon and George Adair) against the DARC MasG in the MasG/H 4x- event.

The J18 4x- was the only entry from DARC on the long course but lost against Durham School in the semi-final.

The Women’s J18 4+ lost to Durham School/George Watson’s College in their final.

One of the three DARC entries in the Women’s non-Championship A 4x- reached the final but succumbed to Tyne ARC.

The DARC scullers went out against a strong Leeds RC team in the Championship B 1x, Leeds going on to provide both finalists.

The three J15 2x crews were knocked in the quarter-finals and semi-final.

The J14 boys 2x reached the final but lost to Doncaster Schools, while the J14 girls 2x went out against Yarm School in the semi-final.

Results from Saturday and Sunday races are on the Competitors page on the Durham Regatta website.

There was another win for Aisling Dutton and Gabrielle Moore at Tyne Regatta on June 19th, this time in the Senior Women’s 2x due to the absence of Masters competition. 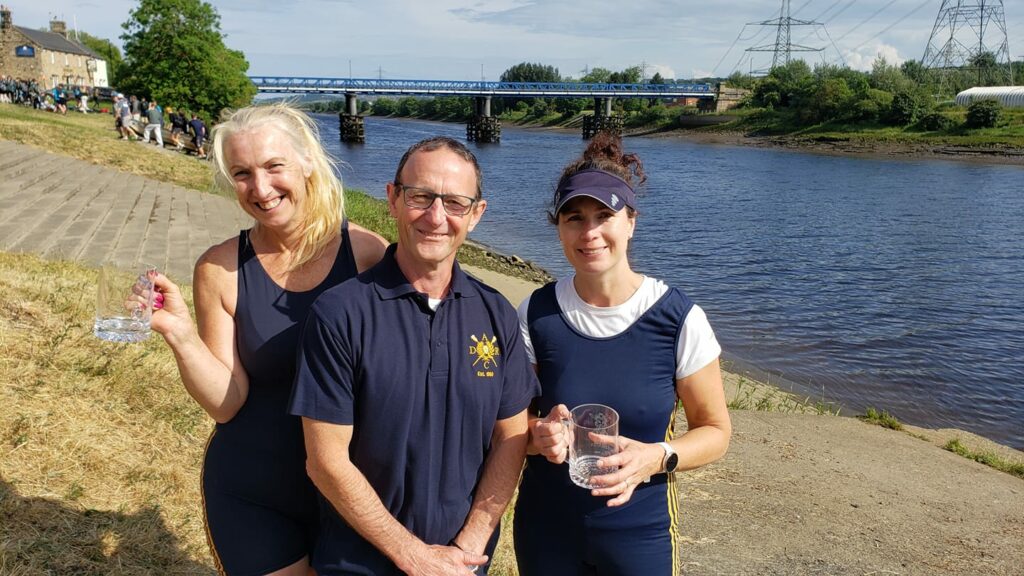 Other wins at Tyne Regatta came from Michael Terry in the MasD 1x and Joyce Collett in the WMasH 1x.

Results from Tyne Regatta are on the Tyne ARC website.

With Talkin Tarn Regatta already cancelled this concludes an abbreviated season in the Northern region.

Future competitions elsewhere include Henley Women’s Regatta from July 2nd to 4th, in which there are no entries from DARC, and York Summer Regatta on Sunday, July 4th.

After that there are entries from DARC in the MasB 1x, WMasD 1x, WMasD 2x and MasE 2x at Henley Masters Regatta on July 9th and 10th.

Entries are open for the British Rowing Junior Championships at Nottingham on July 16th to 18th.

The 2020 Olympic Games Regatta will be in Tokyo between July 23rd and 30th.