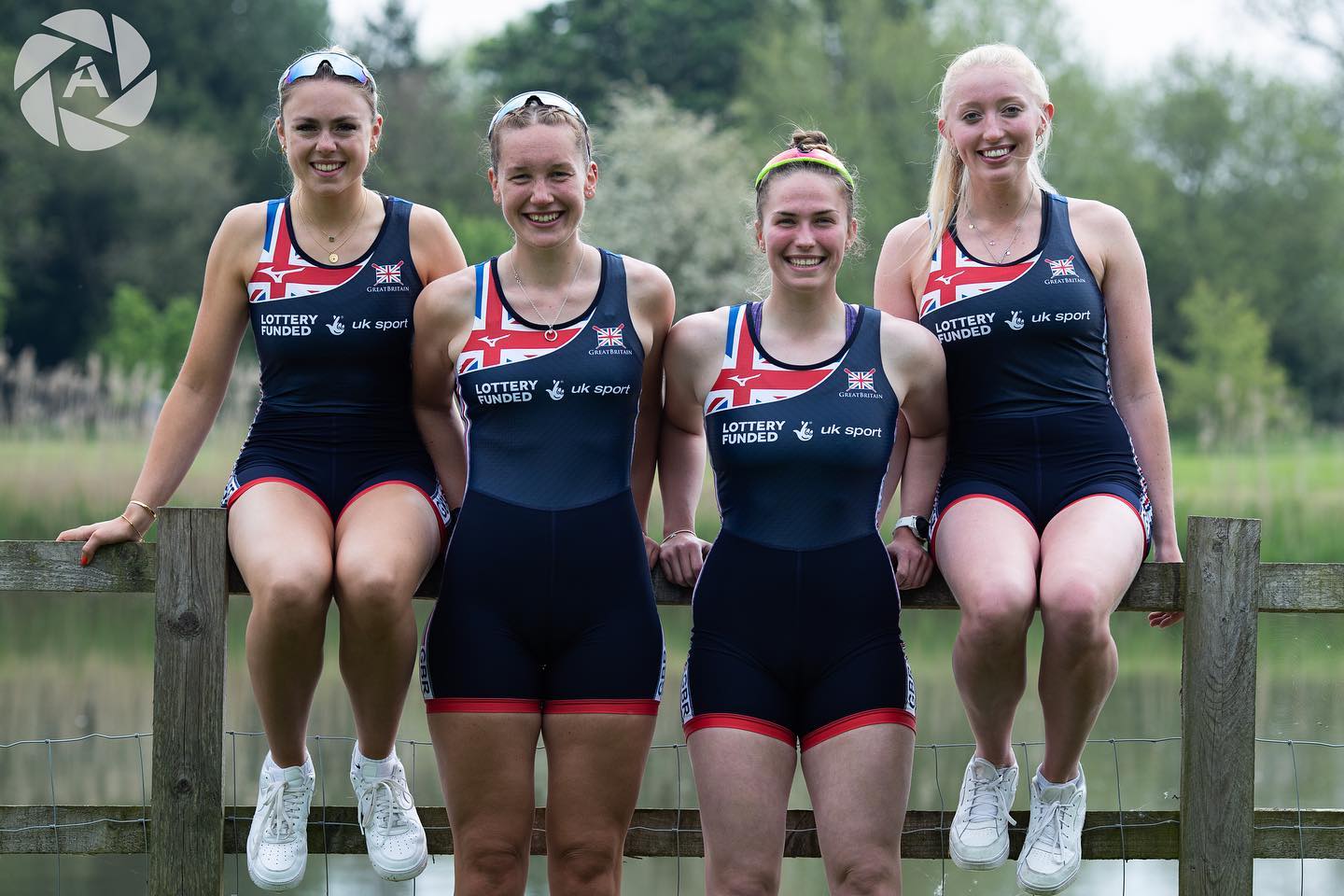 The Great Britain Rowing Team is looking beyond the postponed 2020 Tokyo Olympics and ahead to Paris 2024, by sending a talented, young ‘Project Paris’ squad to race at the World Rowing Cup III in the coastal town of Sabaudia in Italy from 4-6 June 2021.

Hope Cessford is selected in a squad of 32 for her first GB senior vest in the Women’s coxless four where she joins Lauren Irwin, formerly of Chester-le-Street ARC and Durham University Boat Club. Hope and Lauren have already rowed together several times for GB at Junior and Under-23 level, winning a gold medal in the Women’s 4- at the World U23 Championships in Sarasota, Florida in 2019. They will be joined in Sabaudia by Esme Booth and Daisy Bellamy, both from Oxford Brookes University.

Hope, who is 22, has been training with the Leander Development Squad along with Lauren and they are among 11 members of the squad selected to represent GB at the World Cup (pictured above in the image by AllMarkOne). The squad also includes Ryan Todhunter, formerly of Durham School, and James Vogel of Durham University, who will row in the Men’s pair.

Hope attended Durham Johnston School and learnt to row at Durham ARC where she was coached by Gordon Beattie and won the gold medal in the J16 girls single sculls at the 2015 British Rowing Junior Championships at Strathclyde Park.

Hope and Lauren had their first success together in the pair in 2016, winning at the Metropolitan Regatta at Eton Dorney, and then the following week won the Women’s Elite pair at Durham Regatta as a DARC/CLS composite. 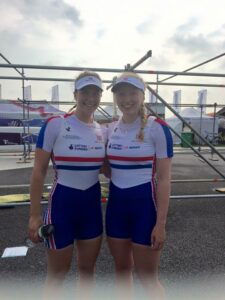 Hope and Lauren at the World Junior Championships in Rotterdam 2016

Their first GB selection came in August of that year at the World Rowing Junior Championships in Rotterdam where they placed 3rd in the B final of the Women’s pair.

In 2017 Hope went to Harvard University to study Human Evolutionary Biology and competed for Radcliffe Crew until the rowing programme in the USA was disrupted by Covid-19 in 2020, when she divided her time between training at Leander and Durham.

In 2019 Hope and Lauren, along with Alex Rankin and Lydia Currie, both of Edinburgh University, won gold for GB at the World U23 Championships in the Women’s four, a new event added to the rowing programme for the Tokyo 2020 Olympics.

Of the squad selection for the World Cup Peter Sheppard, British Rowing’s Chief Coach for U23s and Juniors commented: “We have been tracking these athletes since 2018-2019. Many of them are multiple U23 or junior medallists and have been identified as having the potential to deliver a top level performance in Paris. This, for many, is their first time racing on the senior stage and their first competitive regatta in almost two years, so it’s a chance for them to continue their development, put their markers down and show that they are ready to step up and be part of the campaign towards Paris 2024.”

British Rowing Director of Performance Brendan Purcell added: “World Rowing Cup III is a fantastic opportunity for this talented group, competing in smaller boats, to step up into a senior international environment and experience competitive, Olympic-class racing. It will act as a springboard towards the World Rowing Championships in Shanghai in October and beyond.” 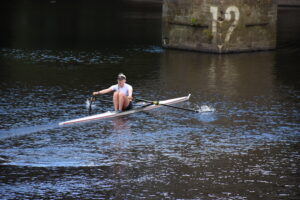 Hope training at Durham in 2020

You can follow the World Cup on the World Rowing website, including video coverage on Saturday and Sunday.