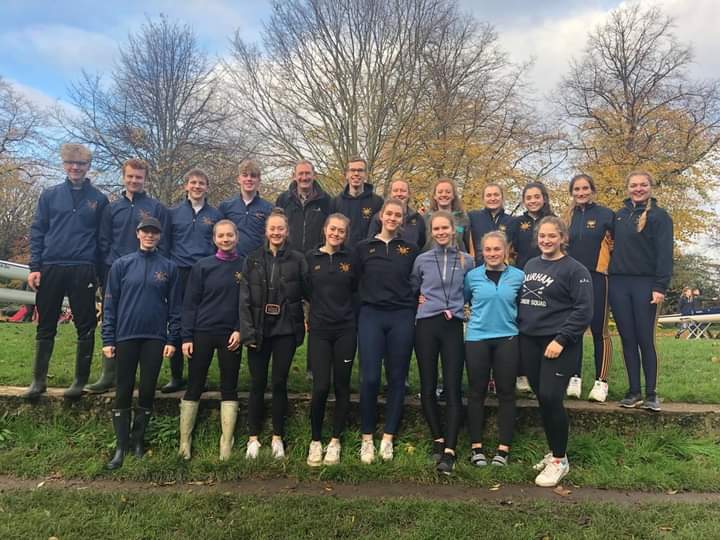 Following the cancellation of the Pairs Head on October 2nd there was great anticipation of the Fours Head, raced over the Championship course on the Tideway from Mortlake to Putney on Saturday, November 13th. This year was the first time the competition had run under its new name, the 2020 event having been cancelled. Previously known as the Fullers Head of the River Fours the 2019 event was severely curtailed by the weather.

Once entries opened on October 4th organisers were taken aback at the huge level of interest, which led to the suspension of entries 2 days later. Being one of the most distant clubs to enter Durham ARC submitted 4 entries, a Junior boys 4x-, a Women’s Club 4x- and two Junior girls quads. 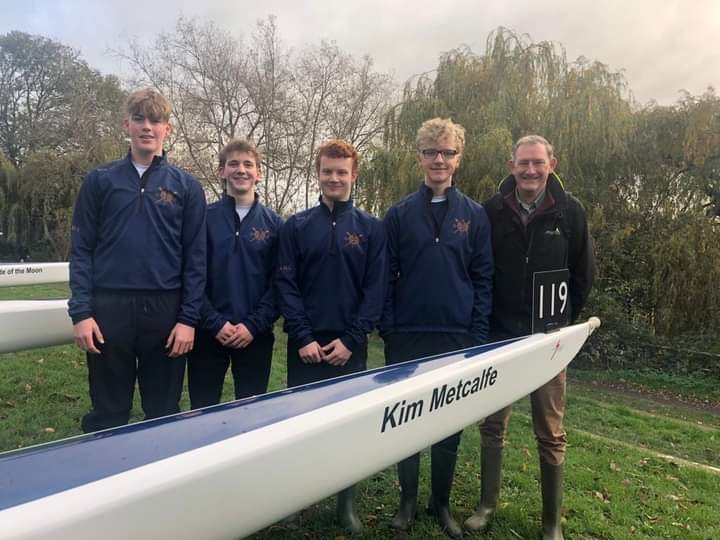 The Fours Head formed a double header with the Veteran Fours Head on Sunday, November 14th in which DARC also had a Mixed Masters D coxless quad.

The level of interest from the northern outpost didn’t escape the notice of the media and Captain Beth Holmes was interviewed by Zoe Gullen for a British Rowing preview which you can read here. 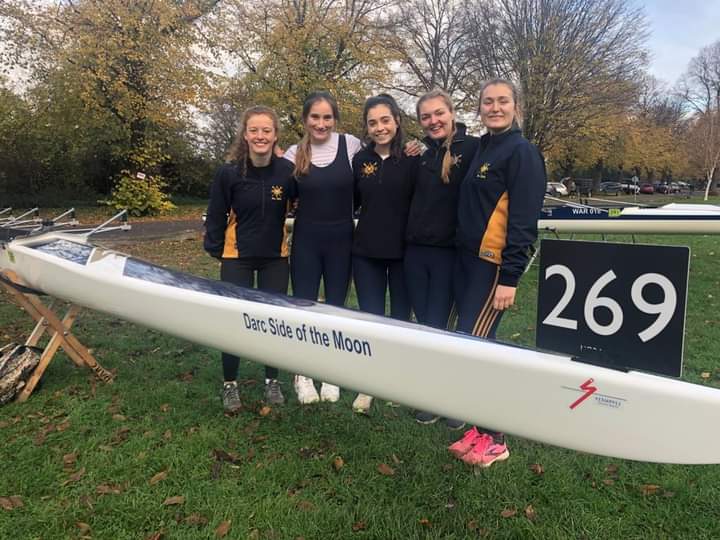 The trailer departed from Durham at 7am on Friday ready for a 10.45 start on Saturday morning when perfect conditions welcomed the 410 crews for the Fours Head, with all the DARC crews boating from Cygnet Rowing Club. First down the track were the junior boys, racing School/Junior 4x- who finished 25th out of 41 in their category in a time of 20.42.1. Following them were the Senior Women, represented by Katie McDaid, Gabrielle Maxfield, Francesca Whitfield and Anna Golightly, racing as Womens Club 4x-. They finished initially in 11th place out of 28 with a time of 21.40.2 but a disqualification for one of their opponents then moved DARC up to 10th place. The two Junior girls quads, racing Women’s School/Junior 4x-, brought the DARC contingent home in 29th and 32nd places out of 41 with times of 22.36.3 and 22.43.2. 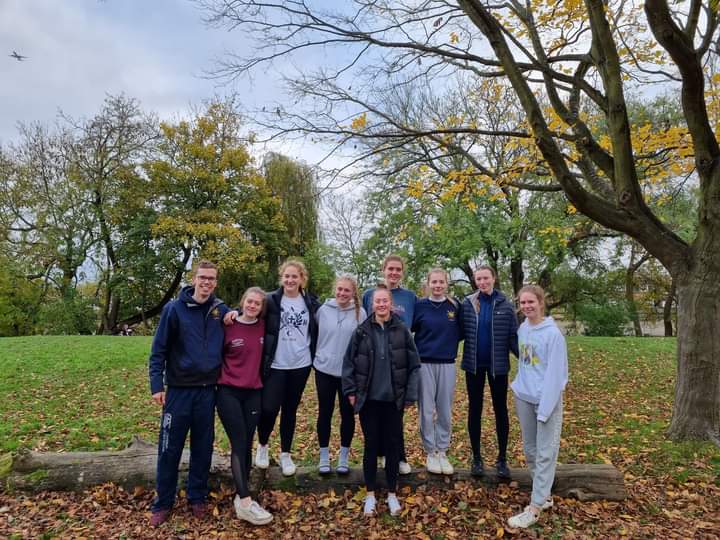 It was fabulous to see some old familiar faces among those also racing for their new clubs, among them Matthew Edge and Sam Taylor for Cambridge University and Hope Cessford for Leander. Hope was in the Leander ‘K’ crew winning the Women’s Championship 4- in 19.56.5. Winning crews in each category are here. 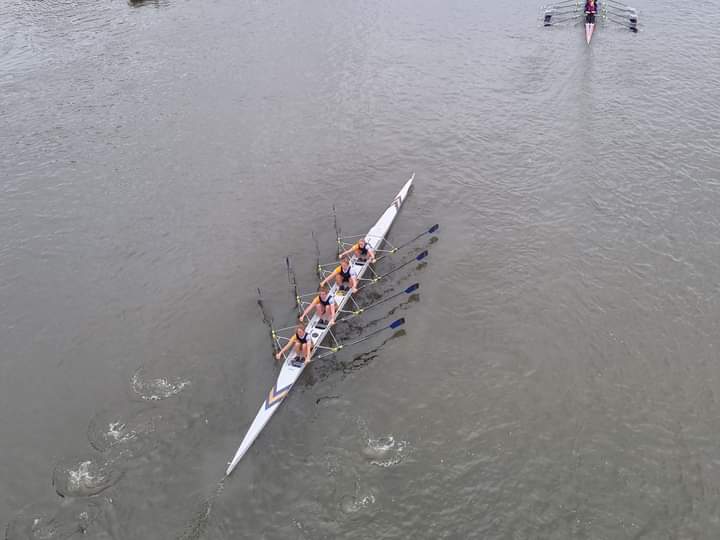 It was an outstanding performance from all crews and made for a very successful day for everyone.

Final results can be found at https://fourshead.org/results/

The following day it was the turn of the Mixed Masters D 4x- crew of Paul Rutter, Sarah Rutter, Kim Forster and David Muse to represent DARC in the Veteran Fours Head. The race got underway at 12.30pm on Sunday and from a start position of 179 DARC battled through the congestion among the 236 competing crews to finish 3rd in their category in 106th place overall with a time of 22.47.9.

Final results are at http://www.vetfourshead.com/past-results/

A busy weekend for the club rounded off with a belated fireworks evening on Sunday night, attended by nearly 1000 spectators. Sadly the usual bonfire wasn’t possible because of the need to ensure social distancing.