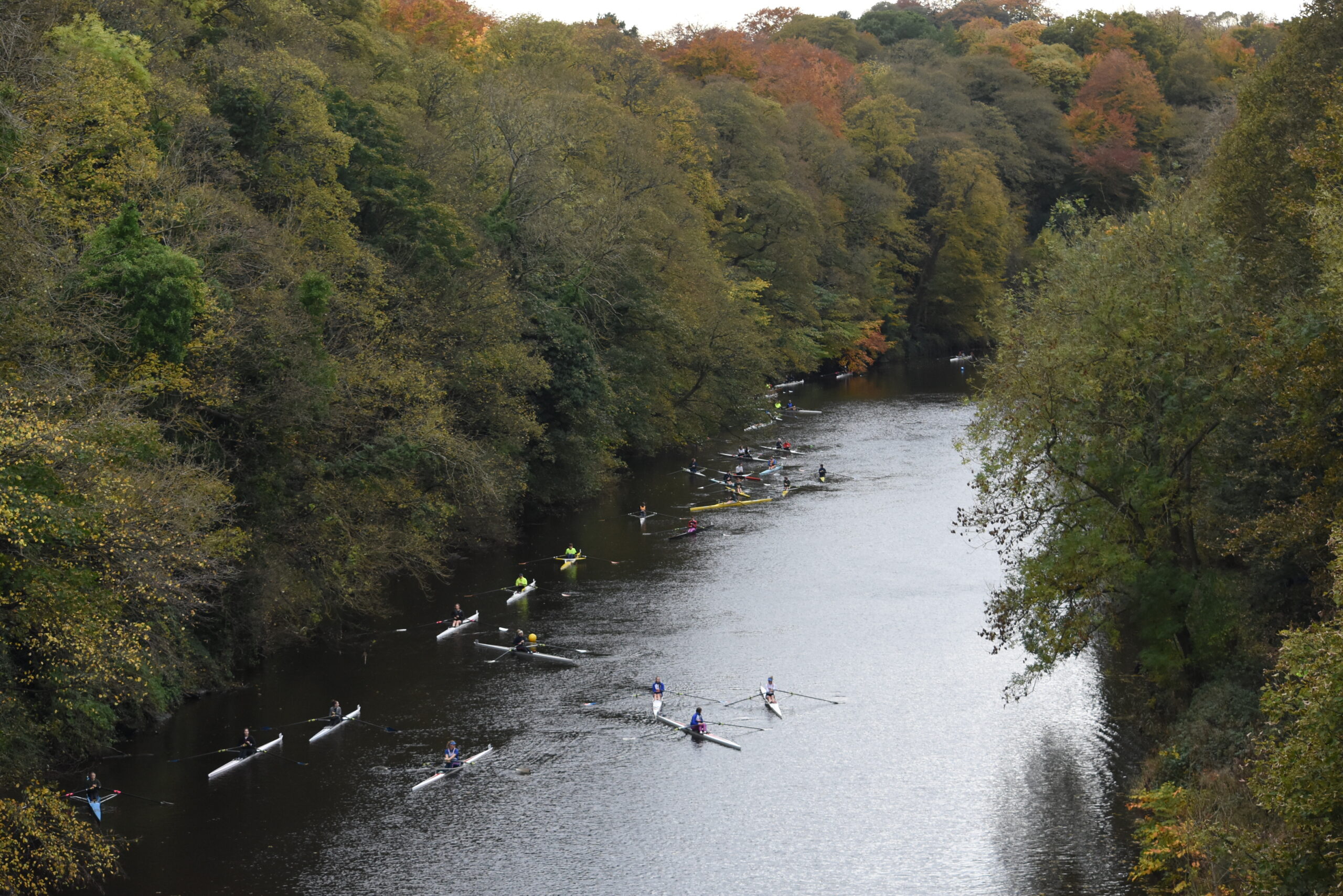 Initial concerns about the weather proved unfounded as the final round of the Long Distance Sculling Series (LDS) and Durham Autumn Small Boats Head (SBH) went ahead on Saturday, November 6th. Nearly 300 entries took to the water for the first home competition to be hosted by Durham ARC since February 2020, the breeze not proving too problematic and most crews avoiding the showers.

Organised by the Northern Rowing Council the LDS race got underway at 9.30am with crews marshalling for the start at Count’s House ready to take on the 1800 metre course, passing through the arches of Elvet Bridge to finish above the Bandstand. Of the six scheduled rounds of the LDS only round 1 at Berwick on October 2nd succumbed to the weather. A round by round summary can be found on the Northern Rowing website.

The Autumn SBH, organised by Durham ARC, was split into two divisions over the same course starting at 12 noon and 2.30pm. Covid measures were observed throughout the day meaning that the clubhouse was less busy than usual, but all told the day was hailed a great success with competitors delighted to be able to get back on the water.

With the largest entry (55) of the 26 clubs represented there were wins for Durham ARC in 15 events over the course of the day.

DARC’s J18 coxless quad – Thomas Crabtree, Jacob Windle, Ellis Black and Lewis Davison – recorded a time of 6.19.6 for overall victory in the LDS, while the DARC Women’s coxless quad of Katie McDaid, Gabrielle Maxfield, Francesca Whitfield and Anna Golightly, although without direct opposition, was the fastest Women’s crew in the LDS, finishing in 7.00.7. 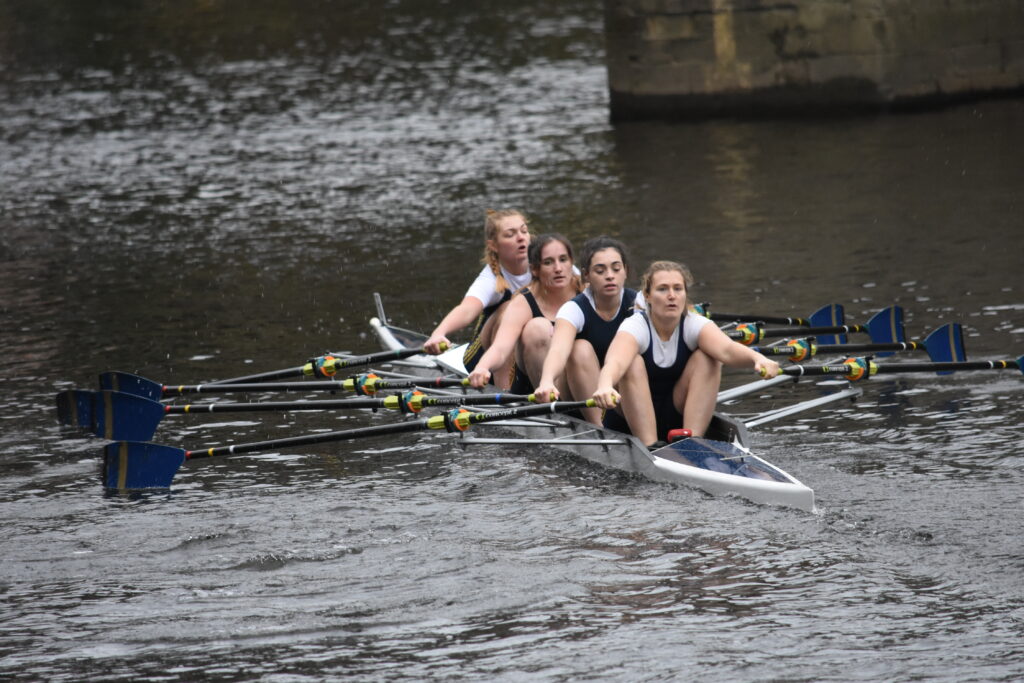 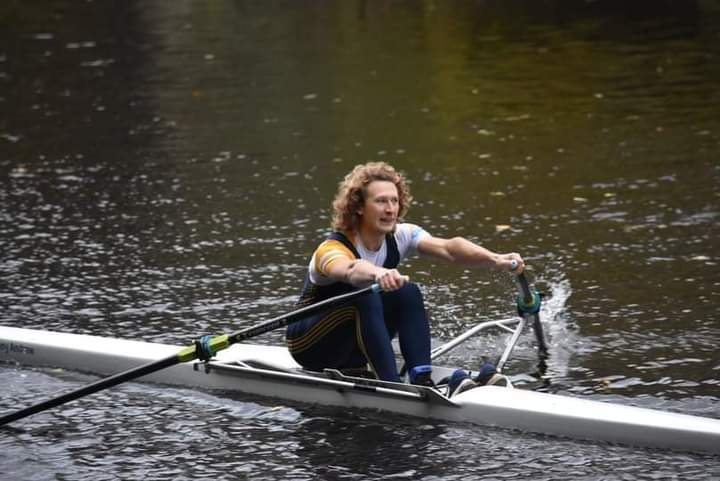 The fastest DARC crew in the Autumn SBH, which includes sweep-oar events, was the Men’s band 2 coxed four who finished in 6.44.2 but were beaten by Collingwood College Boat Club. The MasE quad recorded 6.49.9 only to be defeated by 14 seconds by Hexham. 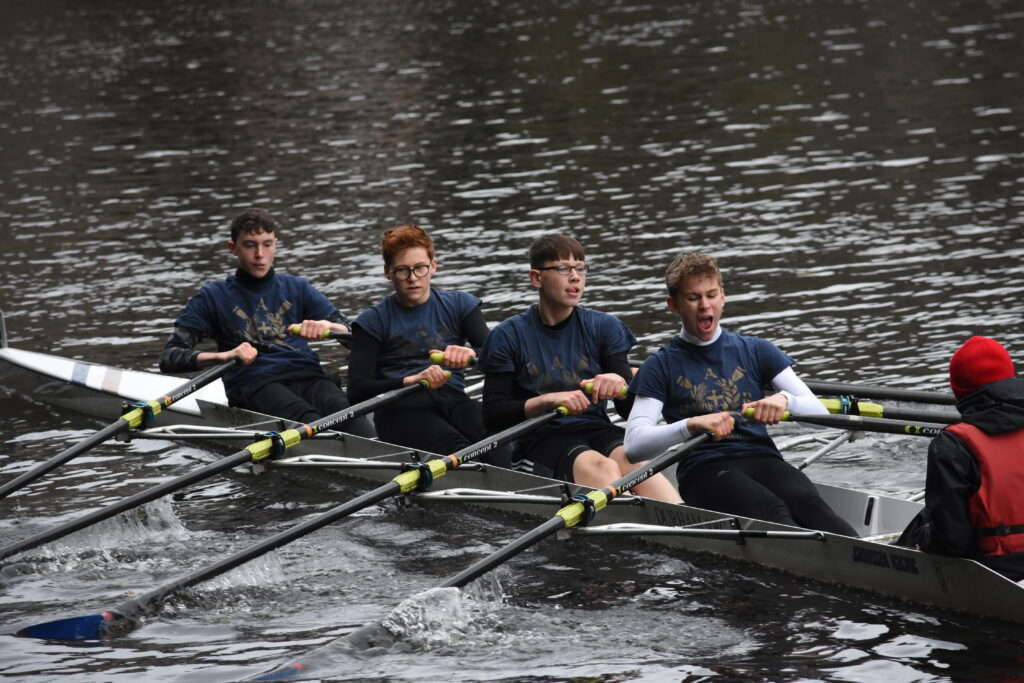 Finlay Scott, Oliver Davison, Matthew Flatters and James Bruce won the J16 coxless quad, and the Women’s 4x- for the second time in the day recorded the fastest time for a Senior Women’s quad but were without opposition. 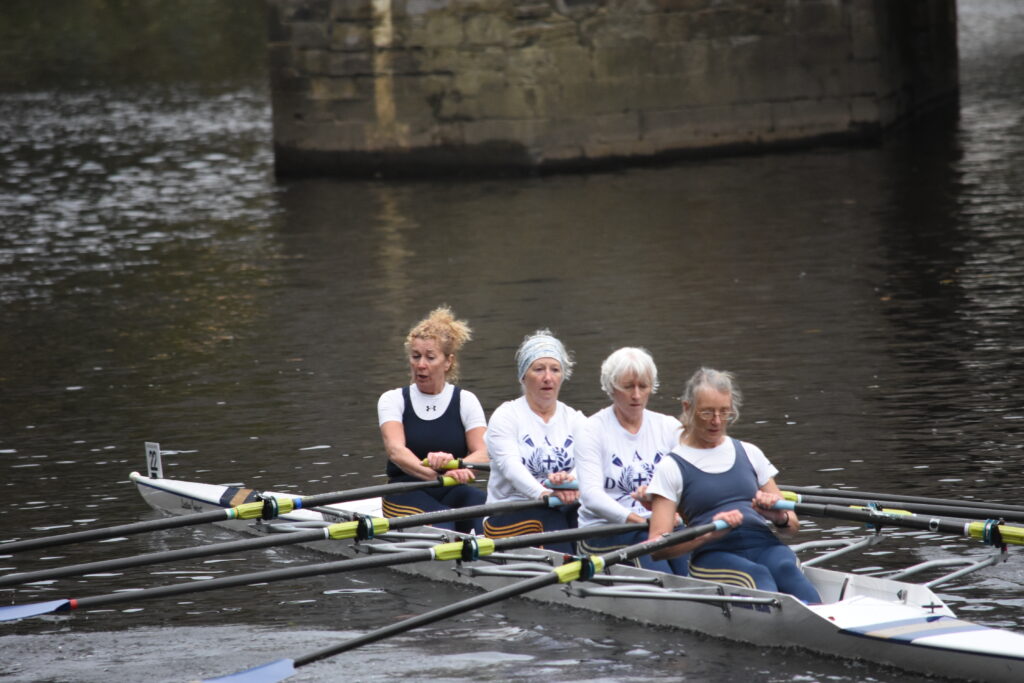 Gabrielle Moore recorded a second win of the day, this time in the WMasD 2x with Aisling Dutton, and there was a win in band 2 of the Open 2x for Elliot Kay and David Beeby. Victories in the MasF 4x- composite, band 2 of the Women’s coxed four, the Women’s 2x, and Andy Jaggard in the MasG 1x completed the list.

Entries were drawn from as far afield as Kings School, Canterbury (KSC) and George Heriot’s School in Edinburgh, and, for the first time, alumni clubs Old Dunelmians (Durham School BC alumni) and the 1877 Club (Durham University BC alumni) were represented. Former Durham School coach Jon Williamson claimed a double success by winning the Masters D 1x for KSC in the LDS and then improved his time by 5 seconds to clock 7.29.2 in winning the same event in the SBH, this time for Old Dunelmians. 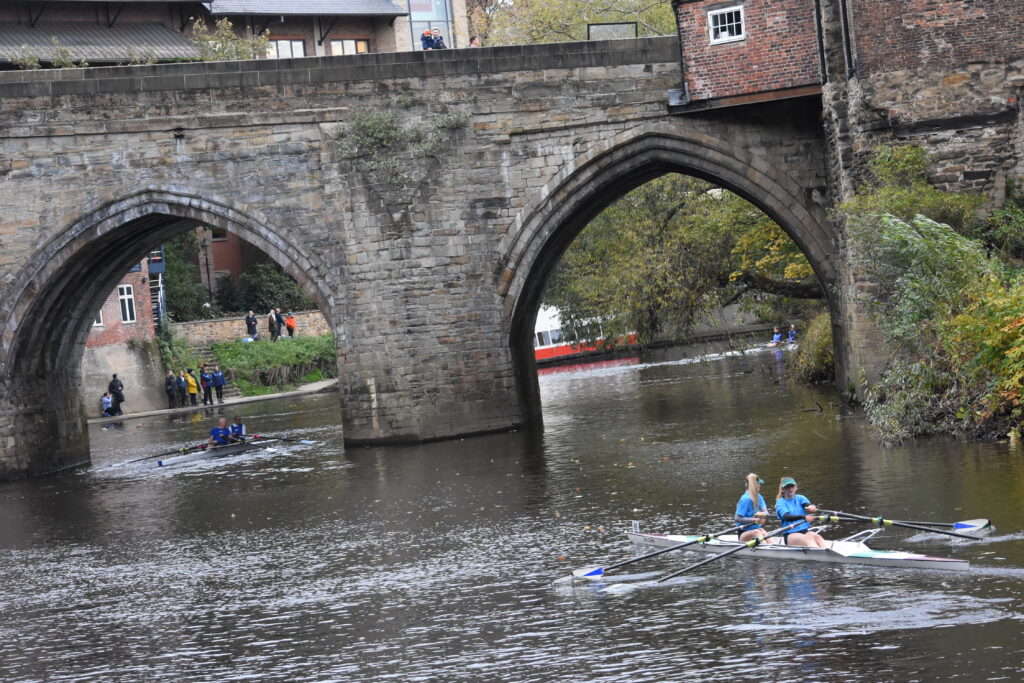 With New Elvet Bridge having reopened only 2 week before the competition, and therefore Elvet Bridge being open to river traffic again, it is perhaps remarkable to report that there were no capsizes all day despite the intensity of the racing.

Complete results are available for LDS and ASBH.

The next head race on the River Wear is Durham Small Boats Head on February 5th 2022.