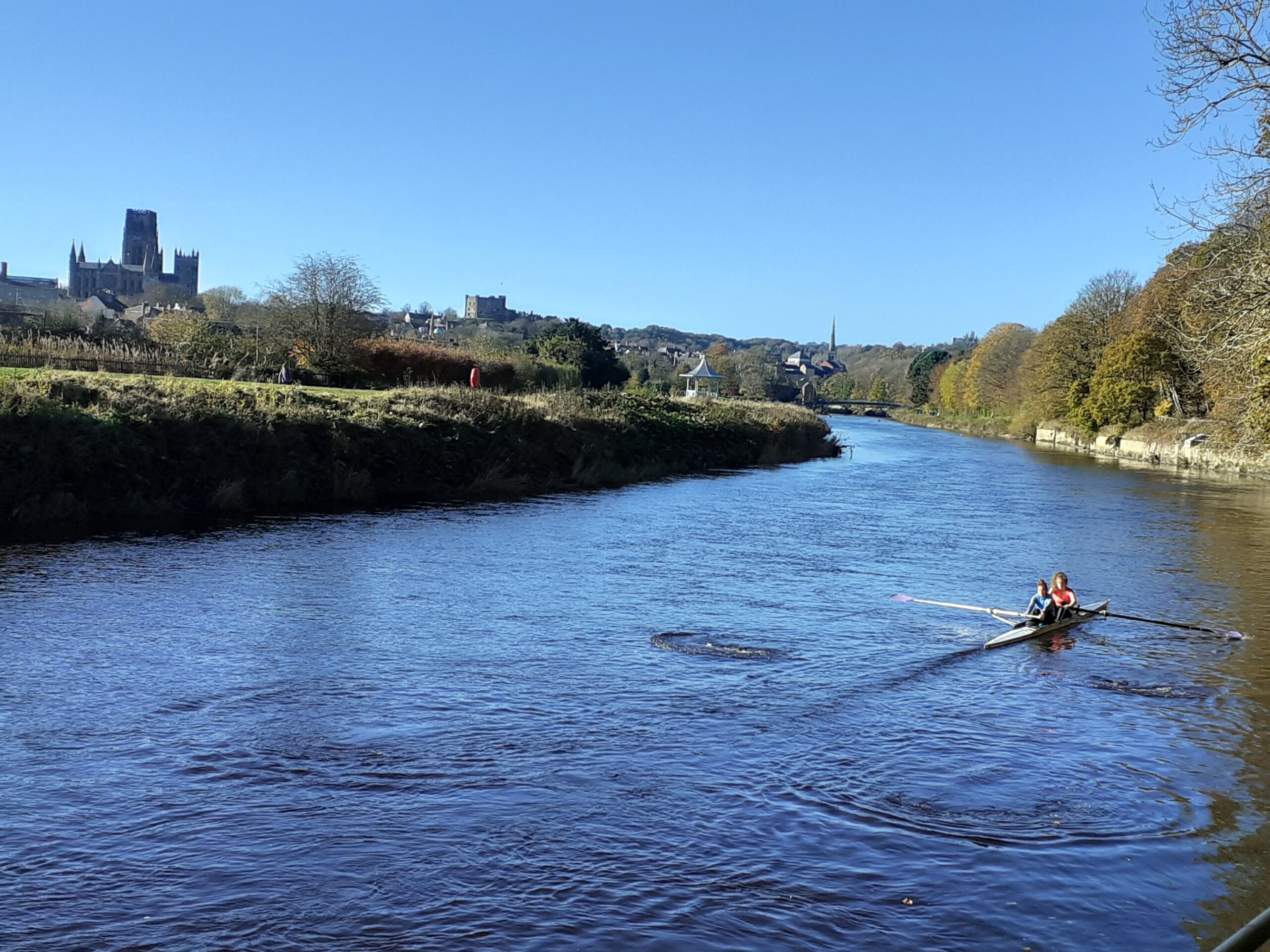 As a result the club will reopen on Friday, December 4th for water sessions, and on Monday, December 7th for land-based sessions. Members are asked to return any borrowed ergos and other training equipment by Sunday.

British Rowing issued version 8.1 of its guidance, now renamed Managing Covid-19, on November 27th. The guidance is similar to that in place before the lockdown – the main addition being further restrictions on indoor activities. Members should also not travel into or out of a tier 3 area to take part in rowing activity. There is to be a review of tiers by the Government every 2 weeks. In response the Rowing & Coaching Committee has updated its Covid-19 guidance and published revised timetables for water and land based activities. The caravan site remains closed for the time being.

The year has proved to be far more turbulent than anyone could have imagined. At a meeting of the Executive Committee on November 24th DARC President Ian Shepherd was quick to praise Captain Beth Holmes for the outstanding job she has done to steer the club through such a difficult period.

As a result of the cancellation of so many events and functions the trading environment has been very difficult this year, meaning that income has been greatly reduced, but careful management, strong support from members and the uptake of available grants have ensured that finances remain on a good footing. The expected launch of the building development project will however be likely to be subject to delay for several years.

The Club’s AGM was to have taken place in July but has been delayed until December 15th, and for the first time it is to be a virtual meeting facilitated by Zoom. The selected date is the latest date practical to ensure compliance with the new Corporate Insolvency and Governance Act which allows AGMs to be conducted online as long as they take place by December 30th 2020.

The club is in the process of changing its legal status from a Community Amateur Sports Club to a Company Limited by Guarantee. Nominations have been received for most of the Executive Committee roles and AGM papers can be found on the Members portal.

Members wishing to attend the meeting should inform the Club Secretary, Nicola Field, by December 13th so that an invitation can be sent. Executive appointments made at the meeting will remain in place until the next AGM, expected to be in July 2021.

On November 20th Durham County Council provided a progress update about the ongoing repairs to New Elvet Bridge. A milestone was the raising of the mid-section to facilitate work on the northern and southern joints. Work at the Covid-secure site is on schedule for completion by September 2021.

Following the river survey and subsequent reports Durham Regatta is currently in the final stages of putting together a list of contractors approved by the Environment Agency (EA) with a view to requesting estimates for the cost of carrying out the proposed dredging work on the River Wear in a manner acceptable to the EA. Subject to agreement and the ability to secure the required funds it is anticipated that the work will take place early in 2021. 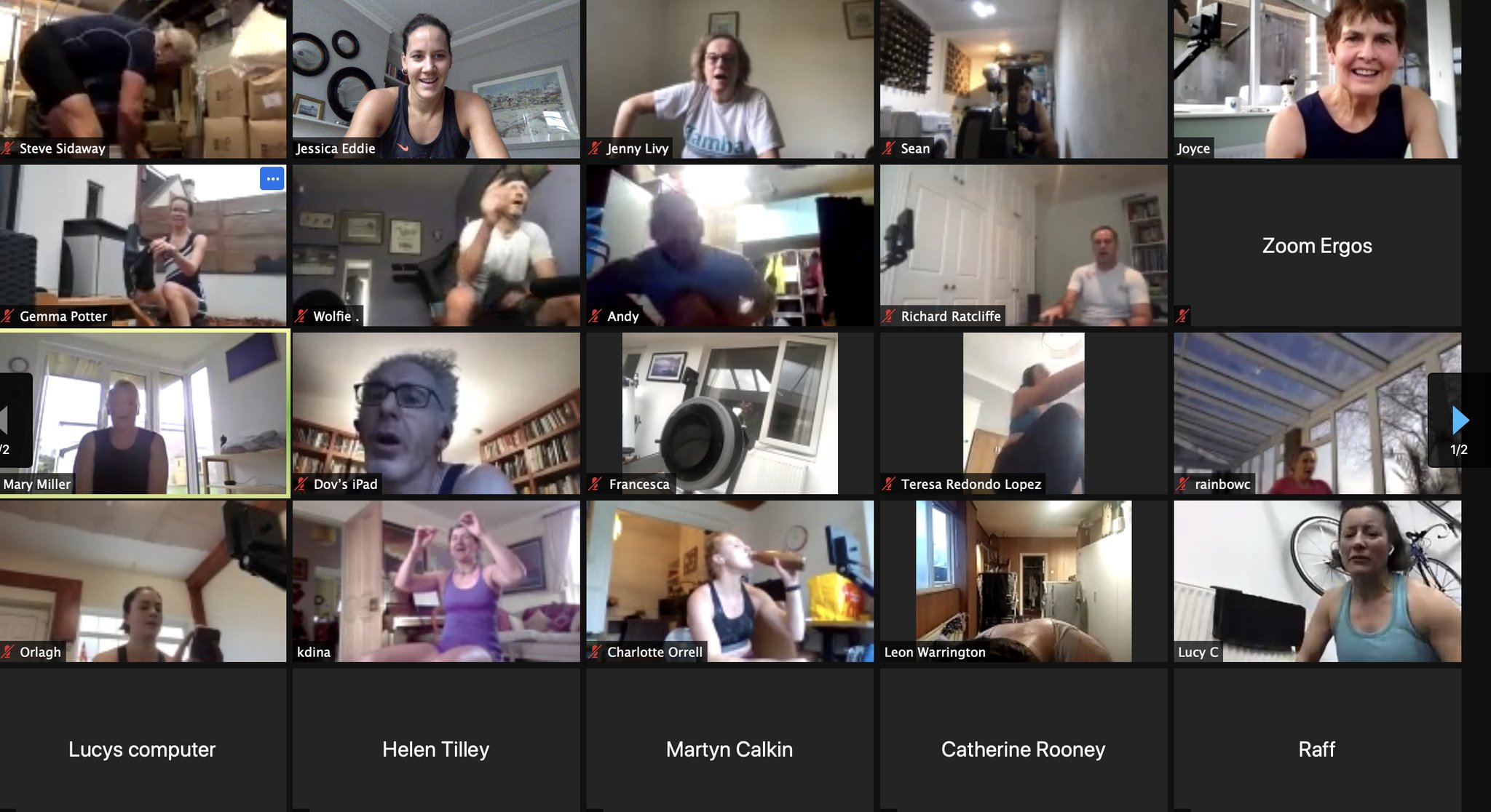 The last remaining on-water competition of the autumn season ought to have been the Vesta Scullers Head on the Thames on Saturday, December 5th but like most others this was cancelled during November. Members however remain active and several have taken part in daily Zoom Ergos sessions, notably those hosted by Jess Eddie and Sir Matthew Pinsent, and without leaving home Roger Stainforth won a silver medal at the virtual Scottish Rowing Indoor Championships on November 21st (event winners are listed here). The ‘Live’ part of the British Rowing Indoor Championships (BRIC), in which Roger is also representing DARC, takes place online over the weekend of December 5th and 6th. There is also a virtual BRIC League open for anyone to enter during the preceding week (November 30th to December 6th).

The likelihood of on-water competitions taking place in future is as yet unknown. The Boat Race has announced that the 2021 men’s and women’s events will take place on an as yet unspecified date in April at Ely on the River Great Ouse rather than on the Thames, because of the inability to guarantee social distancing among spectators and the ongoing issues affecting Hammersmith Bridge. The last time the Boat Race took place at Ely was in 1944, the third of four unofficial races during wartime. Durham Small Boats Head on February 6th is the next scheduled competition in Durham.

Emerging news of the roll-out of vaccinations offers renewed optimism about the prospects for 2021 which we sincerely hope will be a vast improvement on 2020.