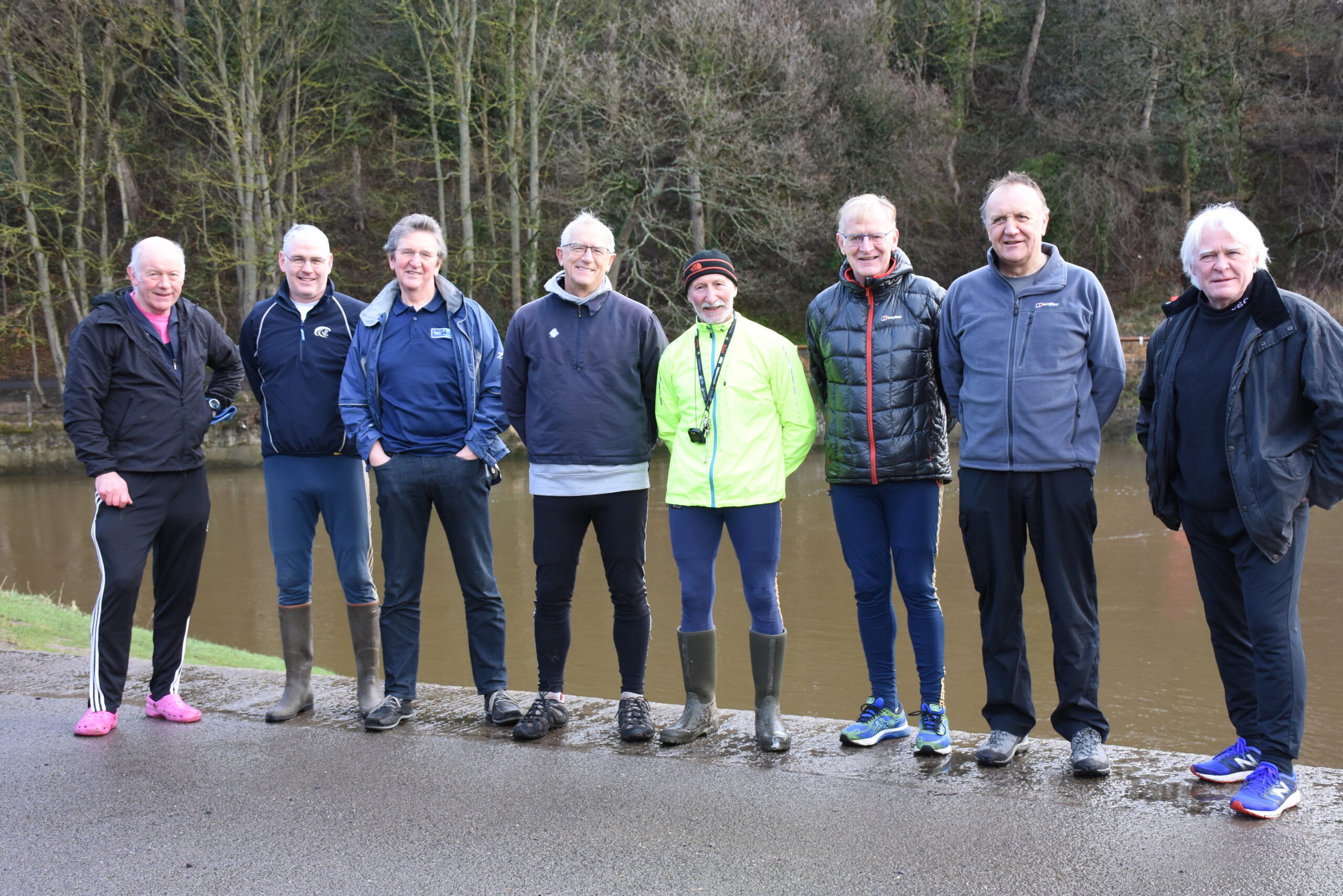 One of the club’s most successful coxes of recent years announced her retirement from rowing in February. Emma Hocking is standing down as cox of the Masters G men’s squad after 12 years at the helm, during which time she has steered them to an unprecedented run of victories at the highest level.

Emma has coxed around 20 World Masters Regatta wins, beating the best crews from Europe, Russia, Australia and the United States, as well as many Henley wins, numerous National Masters medals of all hues, a win on the Tideway at Vesta Veterans’ Head of the River and too many regional Regatta and Head race wins to mention, amounting to well over a hundred. Membership of the squad has rotated over the years but as squad member Martin Judson explained ‘Emma is the one who keeps us all in order’.

In 2008 the squad was in the situation of having a core of suitably experienced elite masters rowers, when the idea was put forward by Julian Ringer that the focus should be on the eight, in which they had every chance of being competitive at national and international levels, including the World Masters Regatta. All that was needed was a boat and a cox.

John Appleby and Kim Metcalfe had already had some success at the World Masters, winning in the pair when the event was staged at Strathclyde Park in 1988 and again in 2005.

The eight offered a new challenge, and following some early success it was considered that it would be beneficial to both the squad and the club if members of the squad were to commission a boat to their own specification. This was agreed and although how it was managed by the club isn’t fully understood DARC Ages was duly purchased and the rest is history.

The FISA Masters Regatta (now World Rowing Masters Regatta) was first held in 1972 and, unlike other regattas run by World Rowing, has always been a club regatta where competitors just enter rather than being selected by their national federation. This provides a unique opportunity for club rowers to compete alongside former Olympians and internationals, and consequently entry numbers have increased year by year to ever more dizzying heights.

Durham ARC members have enjoyed much success in recent years. The first success abroad in the World Masters was in 2007 at Zagreb, Croatia when there were wins for Carolyn Edwards and Hazel Stainforth in the Women’s Vet E 2x, Hazel and her daughter Rebekah in Women’s Vet C 2x, and Hazel and Rebekah Stainforth again in the Mixed Vet C 4x- as part of an Anglo-German combination. The family success was featured in Rowing & Regatta magazine.

At this time the use of boat trailers was less widespread and boats were generally borrowed for racing rather than being transported.

With an eight now available for their exclusive use the men’s Veterans recruited Emma Watcham (later to become Emma Hocking) who went on to cox the Vet E 8+ to victory at Durham City and Tyne Regattas, and the Vet D 4+ and Vet E 4+ to wins at Chester-le-Street and Hexham, before her first national success came in June 2008 at the National Veterans’ Regatta at Nottingham, where she coxed Derek Gordon, John Appleby, “Kim” Metcalfe and Paul Stanley to victory in the Vet F 4+, then at Henley Veterans’ in July 2008 the Vet E 4+ of Micky Stevens, Paul Stanley, Kim Metcalfe, John Appleby and cox Emma Watcham returned with gold medals.

The club had bought its third trailer in 2006 and the journey to Trakai, Lithuania in September 2008 was the first time that boats had been trailered overland to a World Masters Regatta, four drivers sharing the towing duties. The Vet E 8+ achieved their first international success in Lithuania, the crew of  Derek Gordon, John Appleby, Micky Stevens, Julian Ringer, John Watkinson, Martin Judson, David Walker, Paul Stanley and cox Emma Watcham taking the gold medal. It was another successful event for Hazel Stainforth and Carolyn Edwards, who for the second year running won the Women’s Vet E 2x, while Micky Stevens and Hazel Stainforth won the Mixed Vet E 2x.

In 2011 in Poznan, Poland there were wins for Gill Prescott in Women’s MasC 2x, WMasD 2x, MxMasE 2x and MxMasD 4x- composites, and for Hazel Stainforth in a composite WMasF 8+. The event report is here.

A report about Varese World Masters Regatta can be found here.

The 2017 Word Masters at Lake Bled, Slovenia attracted the largest ever entry from the club, with wins secured in 5 events, among them the MasG 8+ – Derek Gordon, Micky Stevens, John Watkinson, Clive Cooper (Upper Thames RC), John Appleby, Martin Judson, David Walker, Paul Stanley and cox Emma Hocking – and the MxMasG 8+ – Martin Judson, David Walker, Paul Stanley and a Hungary, Germany and USA composite, coxed by Emma Hocking. A fuller report of the regatta and the successes for DARC can be found here.

There was further success for John Appleby and Micky Stevens in the single and double sculls at the 2019 World Masters at Lake Valence in Hungary, but Bled was to be the final salvo for DARC Ages on the international stage.

Members of the squad gathered at the club to pay tribute to Emma and to commemorate what has been one of the most prestigious periods of rowing in the club’s history. Emma was unable to be present for the occasion but has been presented with a memento in appreciation of her achievements.