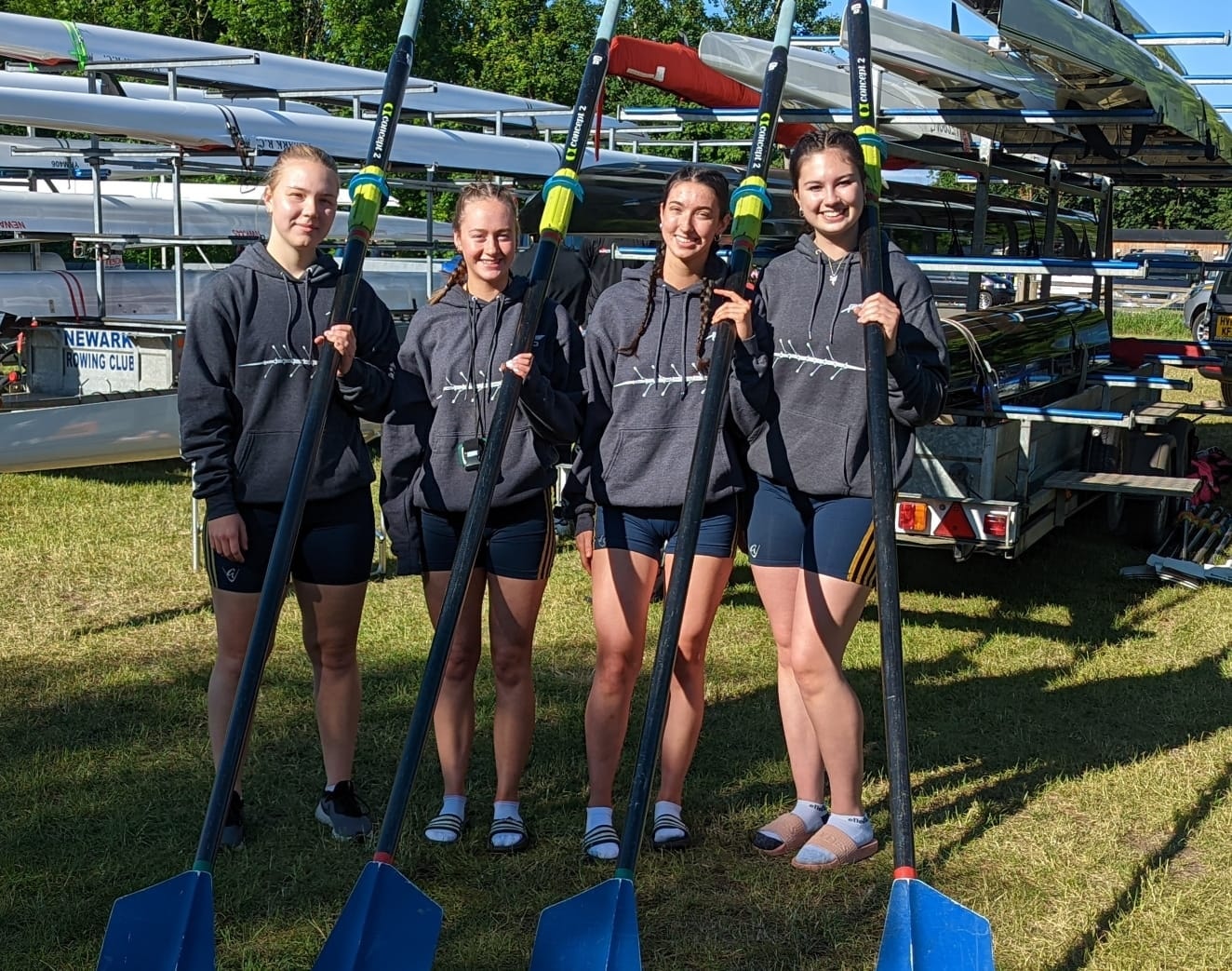 Durham ARC had two entries in the National Schools Regatta at Dorney Lake on the weekend of May 27th to 29th, the J16 boys Eight on Saturday 28th and the J17 girls in the Girls Championship coxless fours on Sunday 29th.

The Regatta is the major event of the year for Junior rowers between the J14 and J18 age groups in the UK, this year attracting entries from around 150 schools and clubs. A feature of the event is always the Regatta Village gathering of parents, coaches and supporters who assemble to assist the competitors, with marquees from 70 different clubs lining the course, as well as the interest from University Boat Clubs looking to inspire the next generation of athletes.

The format of the weekend has changed in recent years to try to accommodate the ever-increasing numbers of entries it attracts, with J14 and J15 events now held on Friday, J16 events on Saturday and Championship events on Sunday.

Represented by James Bruce, Tom Pfetscher, Matthew Flatters, Lucas Walker, Finn Black, Sam Terry, Luke Davison, Finley Scott and cox Joseph Morrison, and coached by Ray Dominy, the J16 boys 8+ were one of 15 entries in the time trial over 1900 metres for the Desmond Hill Cup for J16 Boys First Eights on Saturday morning. Competing against opposition mainly from private schools in the Thames Valley they finished 14th in 6.25.69, ahead of Dulwich College but sadly the 12th place that would have gained semi-final qualification eluded them by 4 seconds. Seven of the qualifying clubs also fielded crews in the J16 Second Eights event, Radley College Boat Club winning both First and Second J16 Eights.

Time Trial photos have been provided by AllMarkOne.

They will learn from the experience and will return. 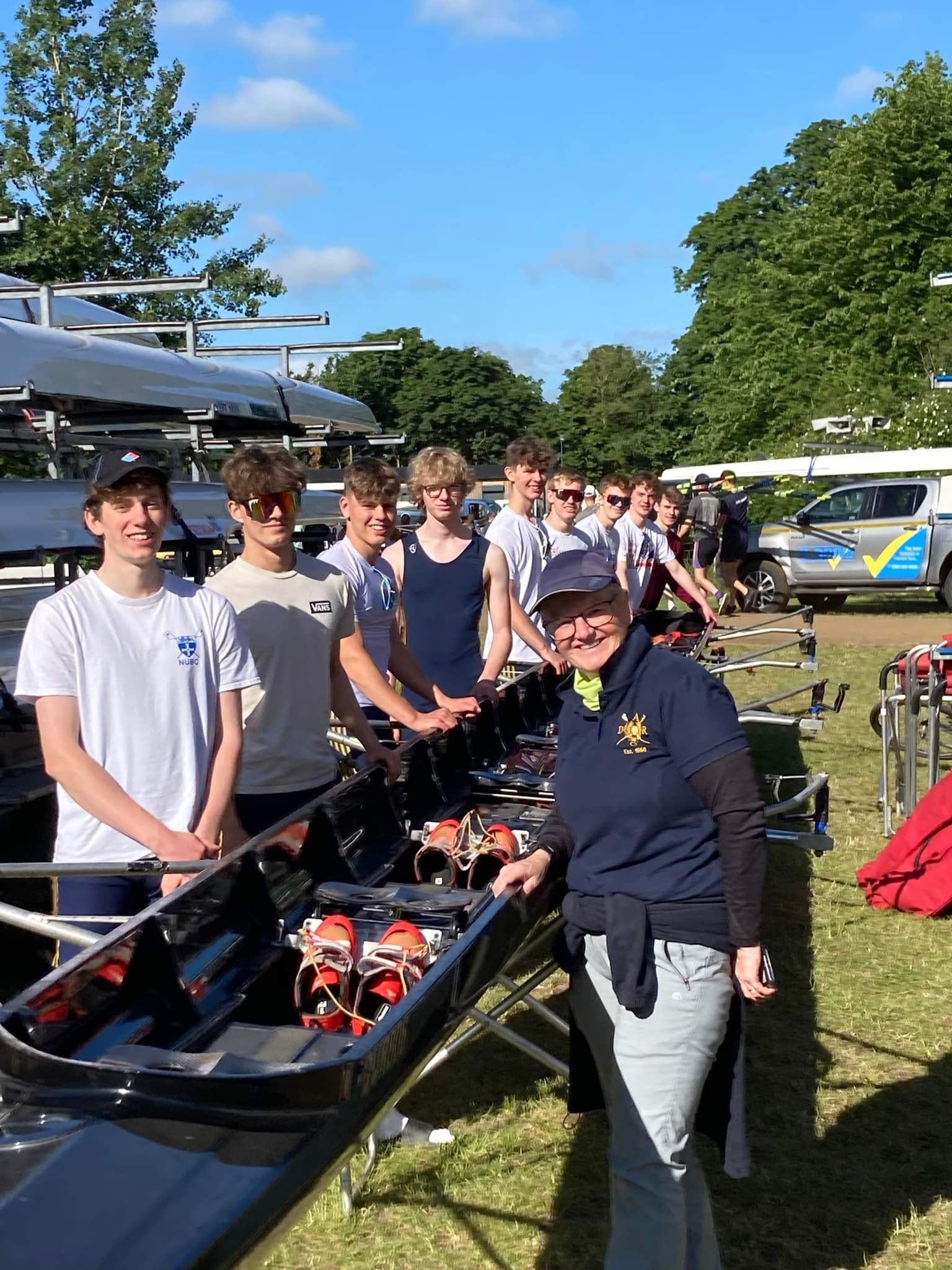 The following morning it was the turn of the J17 girls who are coached by Cathy Rooney. Represented by Jennifer Napora, Orlagh Windle, Francesca Suggett and Libby Morris (top photo), and in their first year of sweeping, they were among 10 entries contesting the time trial for the Colts Cup for Girls Championship Coxless Fours and did well to complete the 1900 metres in 7.45.75, which gave them an 8th place finish and took them into the semi-finals later the same day.  A fifth-place finish in the second semi-final over 2000 metres put them into the B final at 3pm, in which they took 3rd place in 8.01.42 for a ninth-place finish overall behind the Cup winners from George Heriot’s School in Edinburgh.

The Championship Girls 4- result is here.

It was the second appearance at the Regatta in as many years for the girls who were eliminated in the time trial of the WJ16 quad last year when the competition took place behind closed doors.

B final photos from All MarkOne.

Results from all events have been provided by Time Team.

A very satisfactory weekend for all concerned.