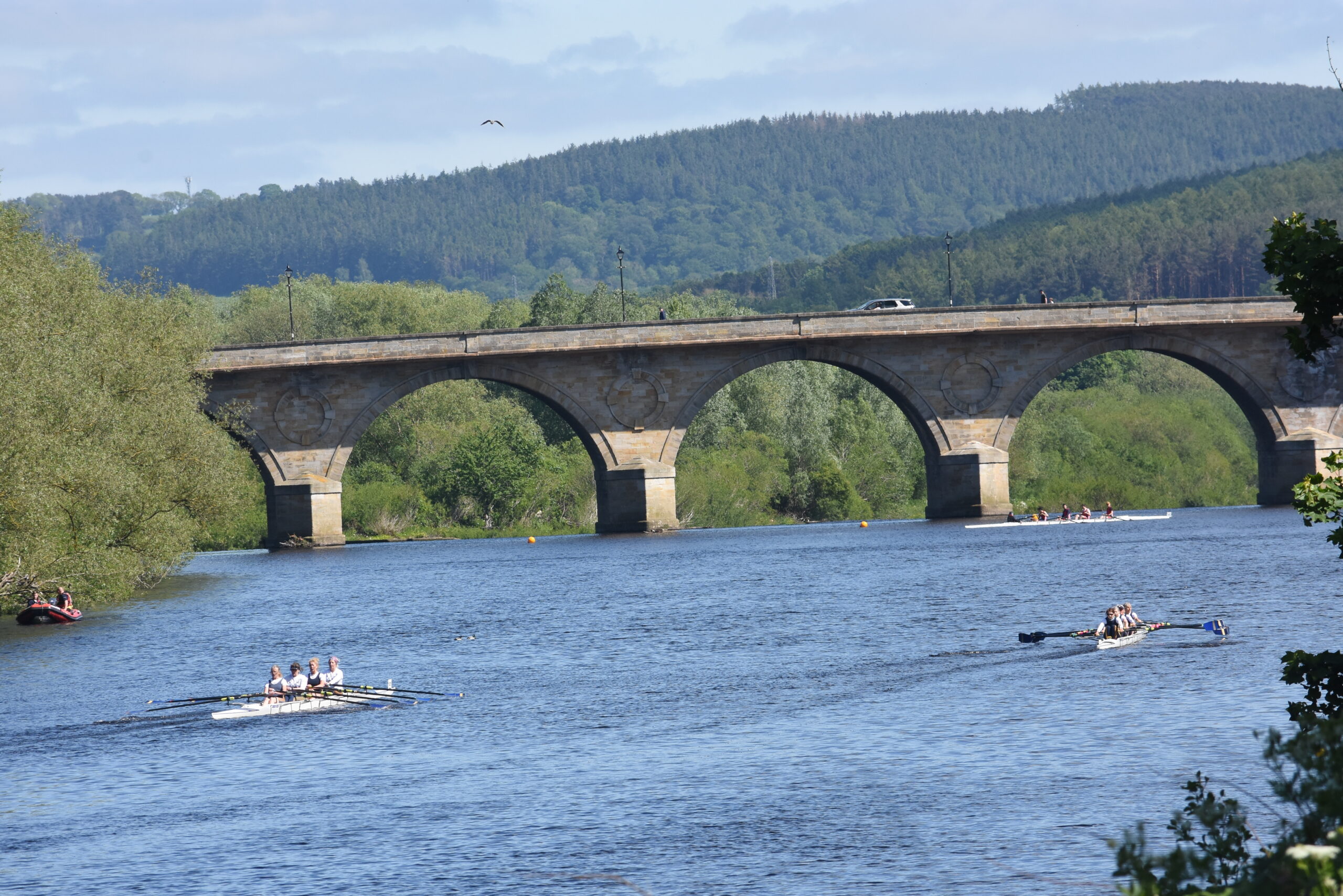 As the regatta season gets into full swing it’s not uncommon for several events to take place simultaneously, as was the case last weekend with Hexham Regatta and the Metropolitan Regatta.

Falling the week before Durham Regatta, Hexham is always heavily subscribed, particularly from students following the end of the exam season. This year set a new record for the event which included 25 entries from DARC and a further 66 from Durham Colleges, which meant a huge effort for DARC as the boat transport facilitator in loading and towing 6 trailers full of boats to Hexham and back.

As this year’s event on June 4th coincided with the Queen’s Platinum Jubilee Hexham had the honour of staging a special Jubilee Regatta, and winners received pewter medals. A full day of racing in 3 divisions reached a successful conclusion and DARC emerged with a haul of 11 wins.

Division 1 included a win for Gabrielle Moore and Aisling Dutton in the Women’s Masters E double sculls. It was a day of double success for Gabrielle who went on to win the WMasF 1x in division 3. Another double success saw the J17 girls overcoming two Durham College crews to win band 2 of the Women’s coxed four in division 1, then winning the coxless four against Queen Elizabeth High School in division 3, while the Senior Men’s eight was beaten in the semi-final by Hild & Bede College.

Division 2 saw Will Terry racing against his doubles partner Isaac Bolton in the J15 single sculling event, both reaching the final which Will won by 2 1/2 lengths. The MasG 8+ won through two rounds against Tees and Tyne to reach the final of the MasEFG 8+ but lost against a Hexham composite. There was a win for Ash Carter, Lucy Beresford, Maia Benstead and Milly Rainford in the Women’s coxless quad, and the Senior Men’s coxless four achieved a good win against Tyne ARC in the final of the Open 4-. After a restart the WMasH crew of Lynn Pain, Hazel Stainforth, Carolyn Edwards and Caroline Scholl, competing as WMasF reached the final of the WMasDEF 4x- in which they overcame the DARC WMasE crew, and Andy Jaggard, competing as MasH overcame Duncan Ferguson of Tyne United to win  the MasGH 1x event.

In division 3 Finley Scott, Matthew Flatters, Luke Davison and Tom Pfetscher won the J16 4x-, and in the Open single sculls David Rutter beat Paul Dirk in the semi-final and Nick Baird in the final.

Hexham results can be found here. 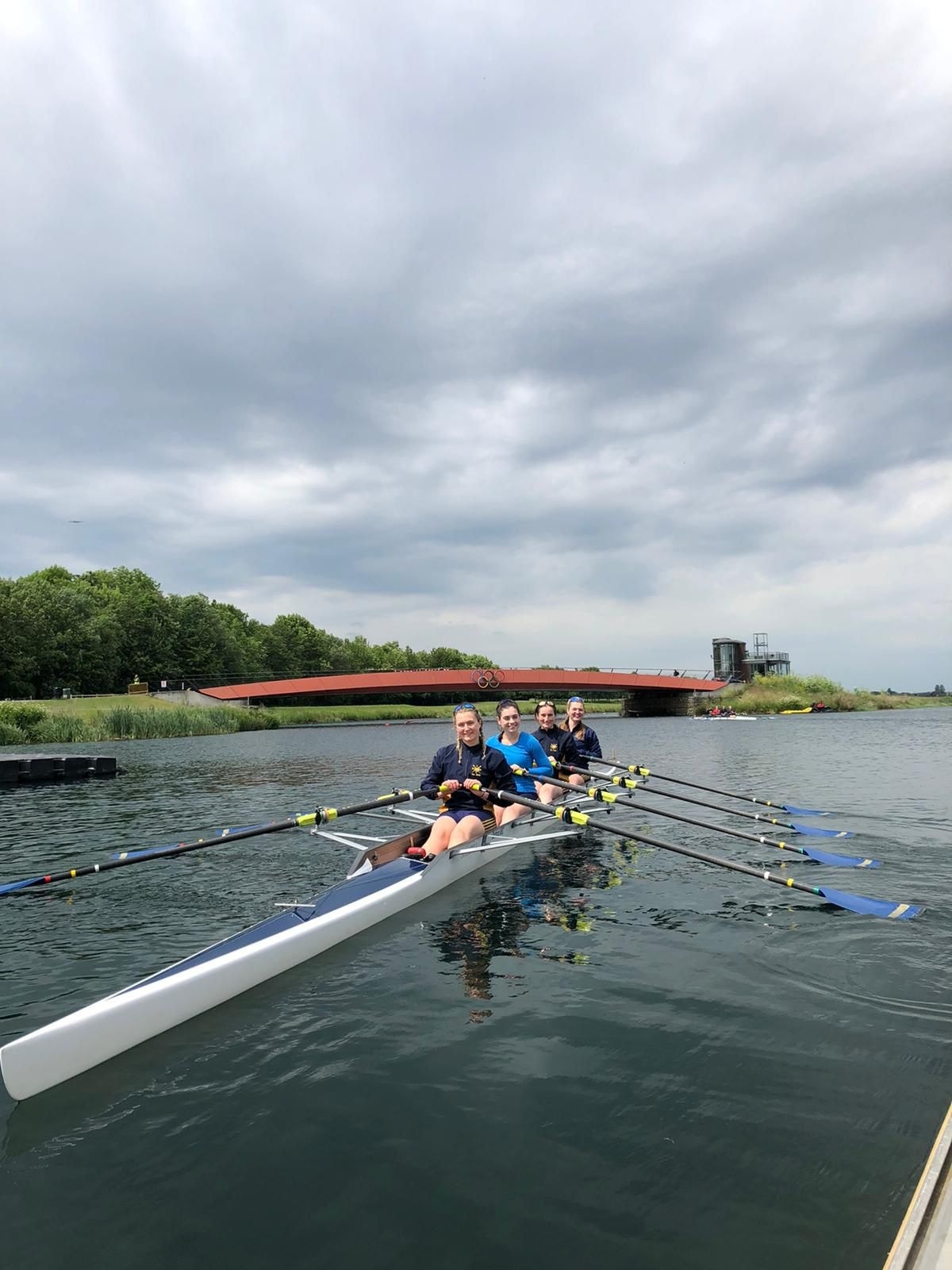 The Metropolitan Regatta takes place over two days on the 8-lane course at Dorney Lake and attracts entries from performance crews from around the UK preparing for the Henley Regattas in June and July. As preparation for Henley Women’s Regatta on June 17-19th the DARC Senior Women entered a coxless quad and a Lightweight double at the Met on Saturday June 4th, with the quad also entering the same event of Sunday, June 5th. All entrants had to take part in time trials over 2000 metres to qualify for finals later the same day.

On Saturday Katie McDaid, Gabrielle Maxfield, Fran Whitfield and Anna Golightly in the W4x- finished 20th in their time trial in 7.36.0 and went into the C final of the Women’s Championship 4x- where they finished 5th in the side by side racing, and 21st overall. Nicki Fleck and Lily Muskett placed 18th in the Women’s 2x time trial in 8.25.1, being the second fastest lightweights, which qualified them for the C final, where they finished 2nd, to take 18th place overall.

On Sunday the quad was 17th in  the Women’s Championship 4x- time trial, putting them through to the C final, only missing qualification for the B final by 2 seconds. They ran out winners of the C final in 7.30.4.

Saturday results from the Metropolitan Regatta are here and Sunday results here. 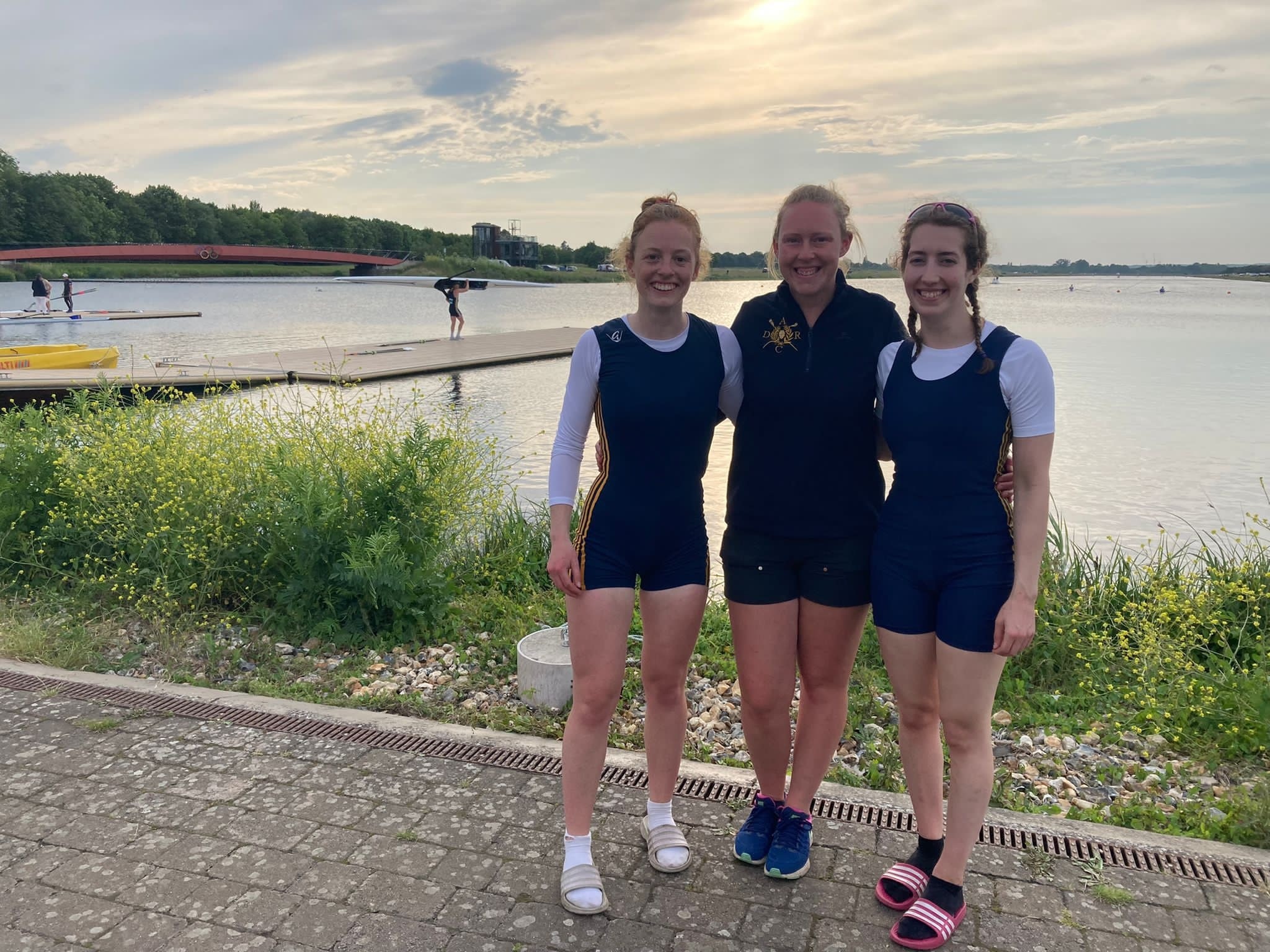 Lightweight W2x at the Metropolitan Regatta

Next weekend the calendar throws up another date clash when the British Rowing Masters Championships at Nottingham falls on the same weekend as Durham Regatta.