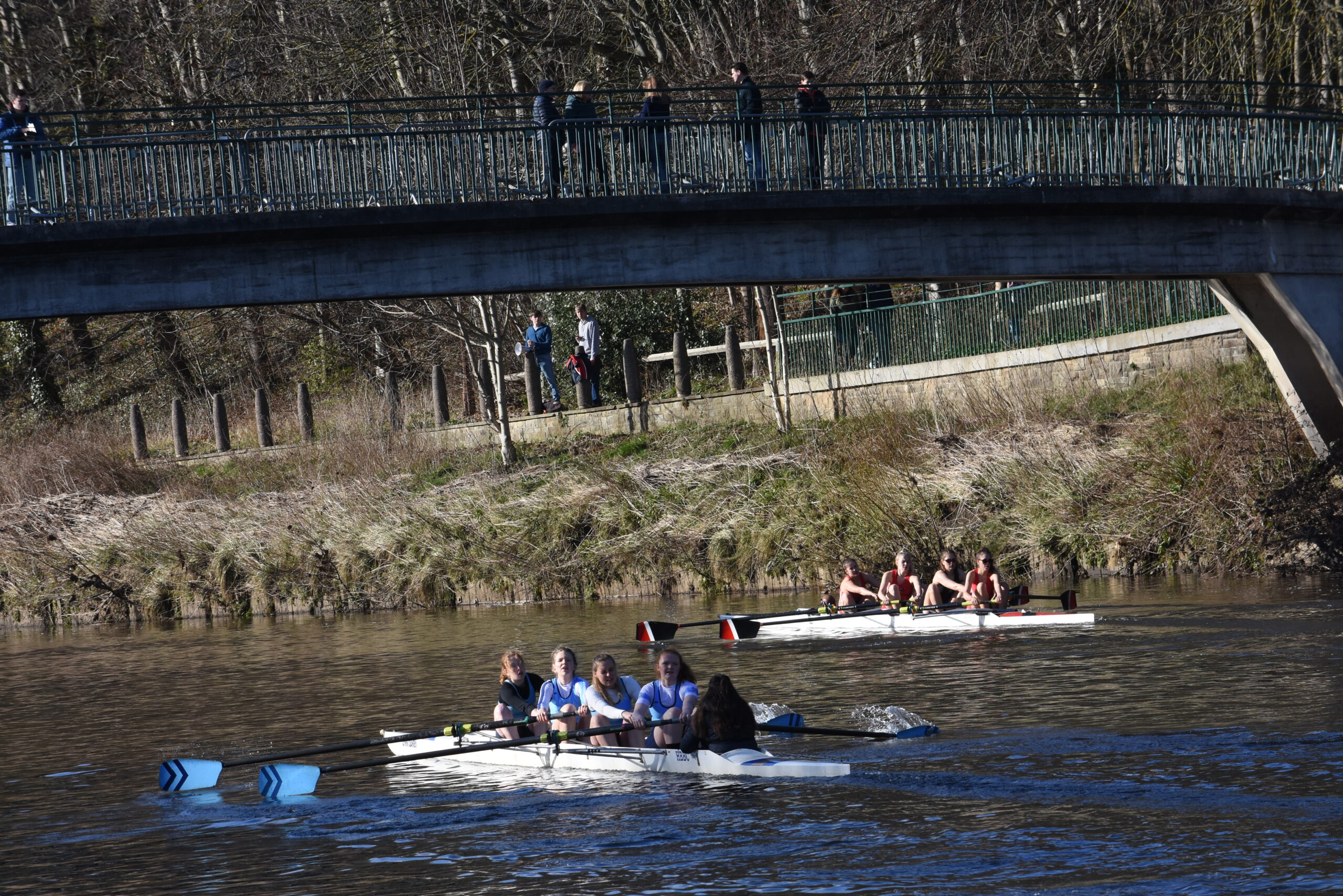 Since Rutherford Head on February 12th opportunities for racing have been restricted by adverse weather which led to the cancellation of the Head of the Trent in Nottingham on February 27th and the Yorkshire Head on the River Ouse in York on March 5th because of unsuitable river conditions. DARC crews were left disappointed after entering both. BUCS 4s and 8s Head did however go ahead on a blustery River Tyne on February 26th and 27th, as did the Junior Inter Regional Trials on the Wansbeck on March 5th.

The BUCS Head for University students includes events for experienced rowers and beginners and all results count towards the Universities BUCS points scoring tables which rank all student sport performances, perhaps an idea that could be followed by other events and club regattas.

Also surviving the weather and indeed enjoying glorious conditions on the Wear on March 6th was Durham College Rowing’s Senate Cup in which Collingwood College demonstrated their supremacy in both men’s and women’s divisions.

The winter head racing season reaches its climax with the Tideway Heads rowed over the 6.8km Championship course on the River Thames in London. The first of four competitions for eights is the Women’s Eights Head of the River Race (WEHoRR) on Saturday, March 12th, closely followed by the Schools Head of the River on Monday, March 14th.

DARC doesn’t have an entry in either of the above this year but Durham Colleges will be well represented and DARC will be trailering college boats to London as well as providing Van Mildert Boat Club with use of Winterbrook to enable them to race following the fire at their boathouse last December.

Learn to Row courses for Adults got underway on March 5th. For anyone interested in taking up a new sport details of future courses are available here.

On March 19th Gabrielle Maxfield of the Senior Women’s squad is attempting a 24-hour ergo marathon for charity, raising funds for Juvenile Diabetes Research Foundation. Donations are welcome through the Fundraising page here. Gabby will be supported round the clock by members of the club rowing in shifts, with a few slots remaining if anyone would like to help.

Also making a return after a 2-year absence is the Sunday League, a competition in stable coxed quads and fours for novice, recreational, and returning rowers and retired racers. The first round is at Durham ARC on April 3rd. Details of how to enter are on the Northern Rowing website.