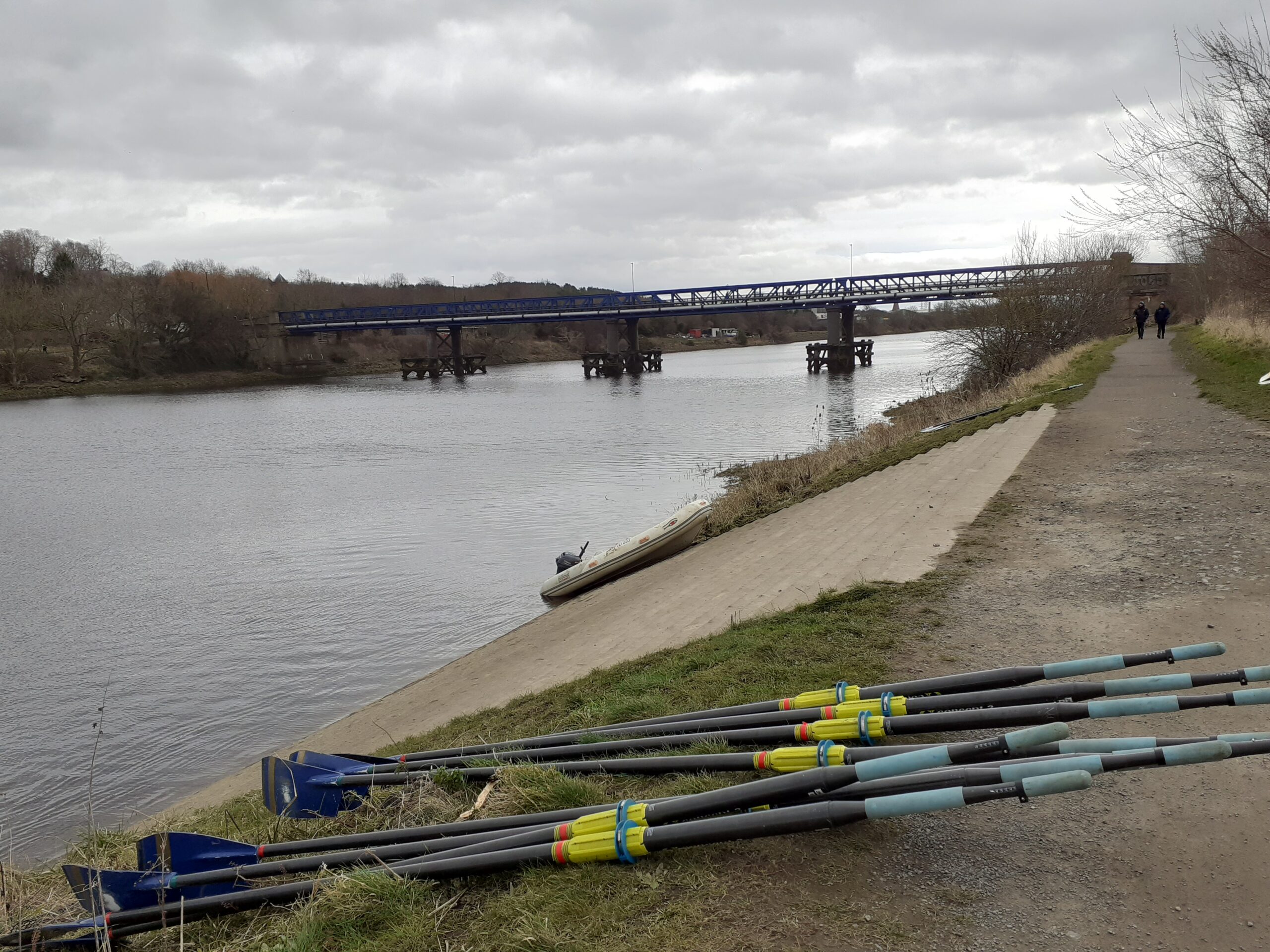 Following the cancellation by Storm Arwen last November Tyne ARC rearranged Rutherford Head for the February 12th date normally occupied by Tyne Head. Concerns remained until the day before the new date about the prospects of the event surviving the weather again, but the decision was taken to go ahead, and after some late withdrawals 146 entries braved the southerly wind to arrive at the start line, around 100 fewer than had entered in November.

Entries were drawn from clubs across the UK including Tideway Scullers, Cambridge City, Kings School Chester, Agecroft and Universities such as Edinburgh, Glasgow, Liverpool and Leeds, as well as from Newcastle and Durham.

Blustery conditions meant some challenging conditions at the two crossover points along the 4.5km course between Scotswood and Newburn, which had been moved a short distance downstream from its usual position.

For boat classes with large numbers of entries crews were assigned to one of several bands according to ranking points.

The fastest time for the morning division went to an Edinburgh University Open eight in 13.53.0 while the fastest crew in the afternoon was the Tideway Scullers Women’s eight in 16.49.6.

Durham ARC had eight entries in division 1 and six in division 2, with the first division having the advantage of the tide. Division 1 produced two wins, one for the Senior Men’s squad in band 4 of the Open Eight, and the other for the J16 boys in band 5 of the Open Eight. In division 2 there was a victory for the Women’s Masters E composite coxless quad.

Times and positions in their category were as follows –

Full results and race documentation can be found on the Tyne ARC website.