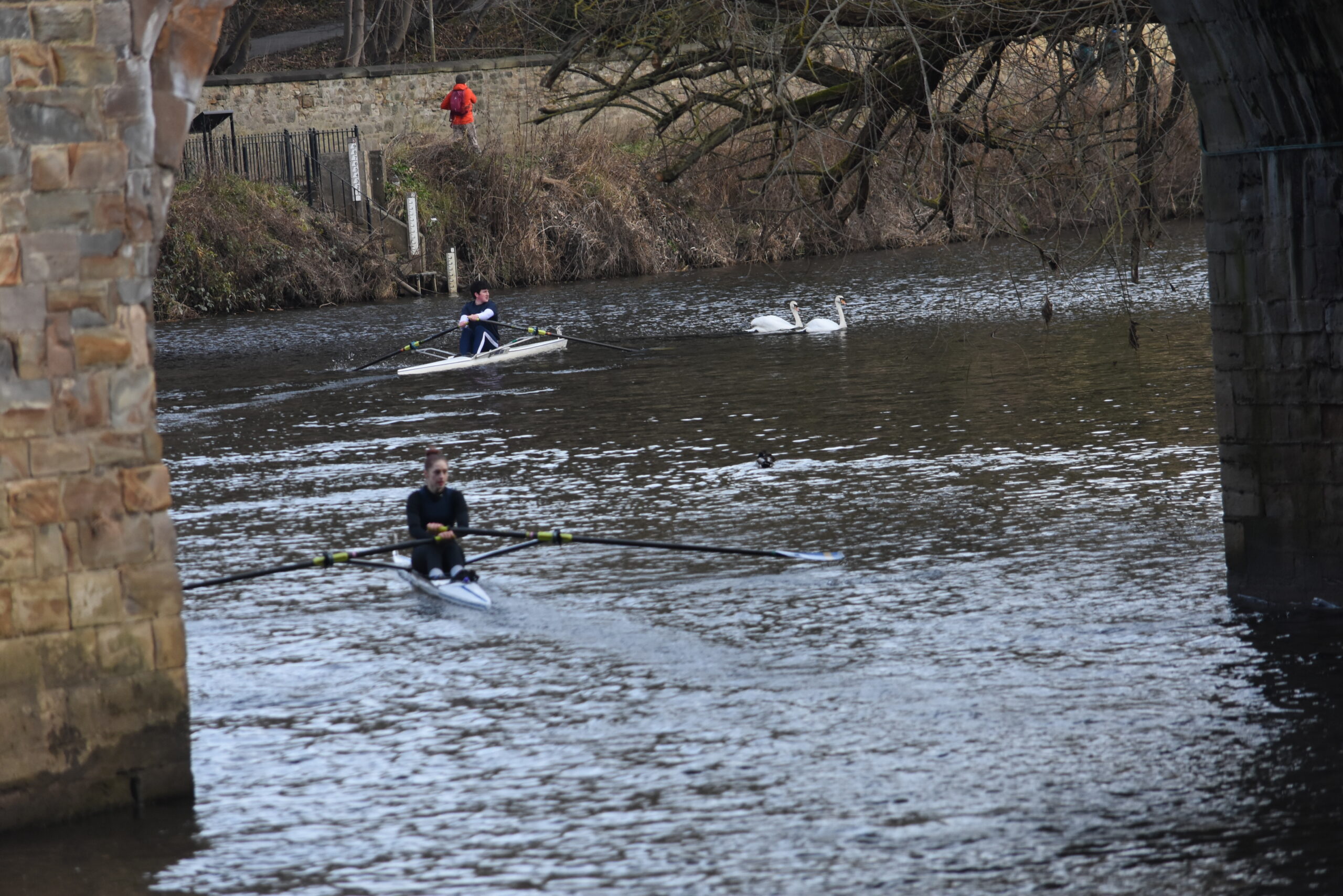 The weather as usual played its part in Durham Small Boats Head as the 2022 version returned after a year’s absence due to Covid, the wind forecast for February 5th casting doubt until clearance was given the day before.

With Elvet Bridge having been cleared of debris by club members the previous week  and the river returning to normal levels an entry of 384 meant a full day of racing in 4 divisions with competitors in division 1 enjoying the luxury of relatively benign conditions before a blustery south-westerly set in to make the later divisions more challenging and led to several scratchings along with a few minor incidents and difficulties negotiating the Elvet arches. 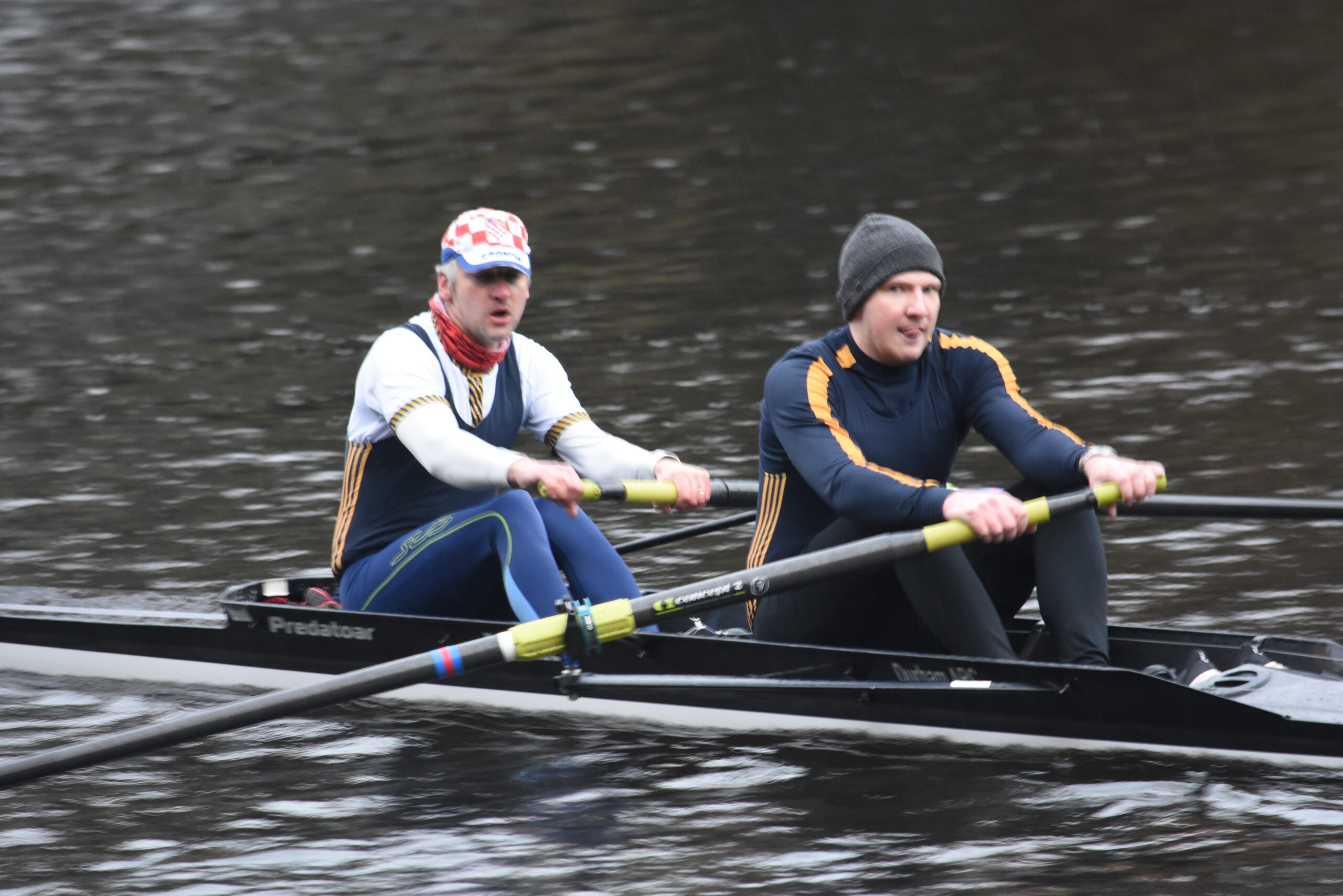 As the host club Durham ARC had the largest entry of 56, some crews doubling up in two divisions. The eleven victories recorded was the highest by any of the 31 participating clubs, some of whom had travelled from as far afield as Cardiff, Cambridge and Strathclyde. 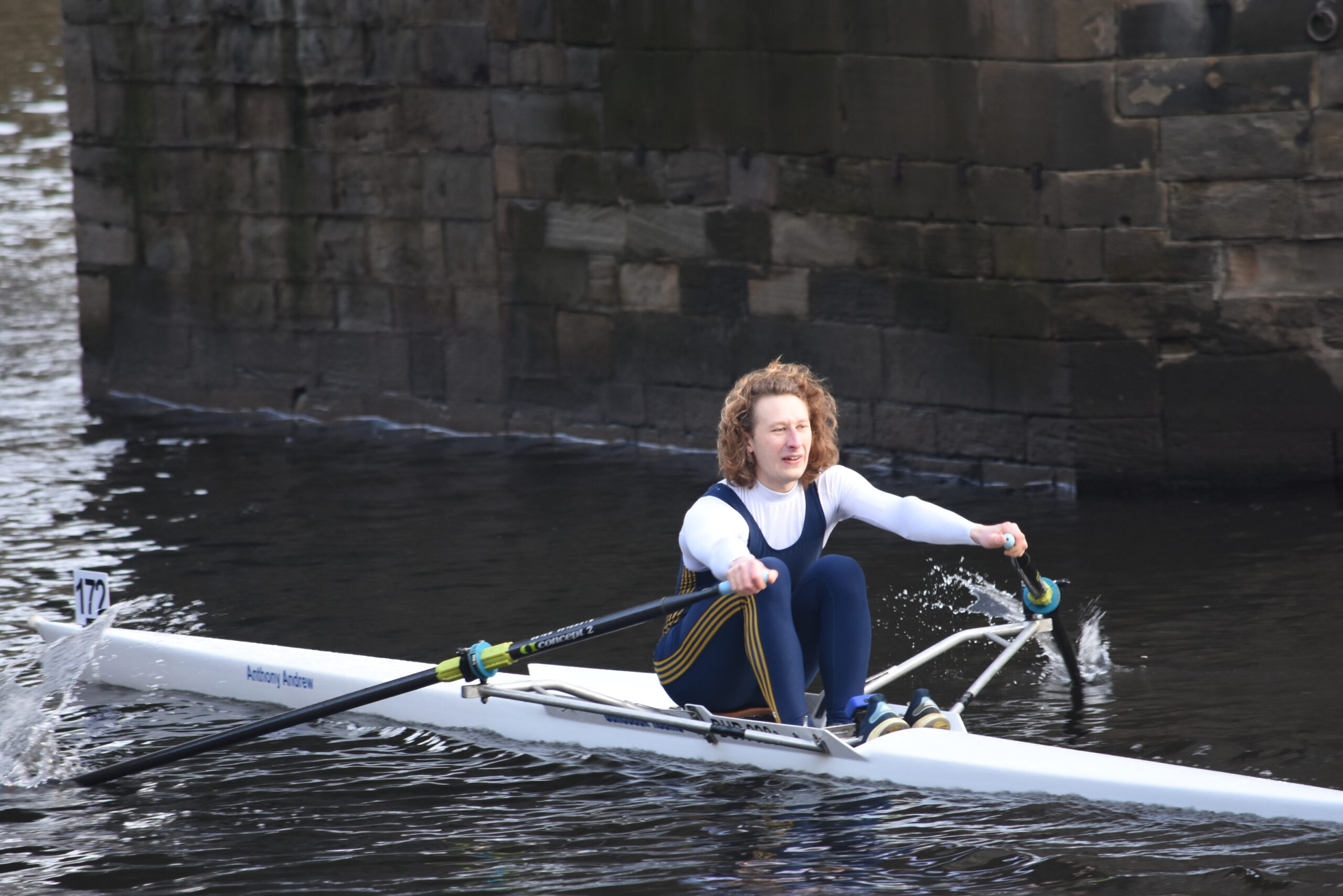 Durham ARC had the two fastest Women’s crews, taking first and second places in band 1 of the W 4x- with the winning crew of Niamh Lang, Miriam Stewart, Amy Slater and Eve Rich recording 7.06.5 in division 3. Other wins came in band 2 of the Open 4+, Dan Pearson and John Roxborough in the Open pair, Nick Baird in band 1 of the Open single, Isaac Bolton and Will Terry in the J15 2x, Joyce Collett, Gabrielle Moore and Aisling Dutton in the Women’s Masters E 4x- composite with Tees RC, Martyn Calkin and Rob Coe in MasE 2x, Rachel Terry in WMasC 1x, Michael Terry in MasD 1x, Gabrielle Moore in WMasF 1x and Andy Jaggard in MasH 1x. 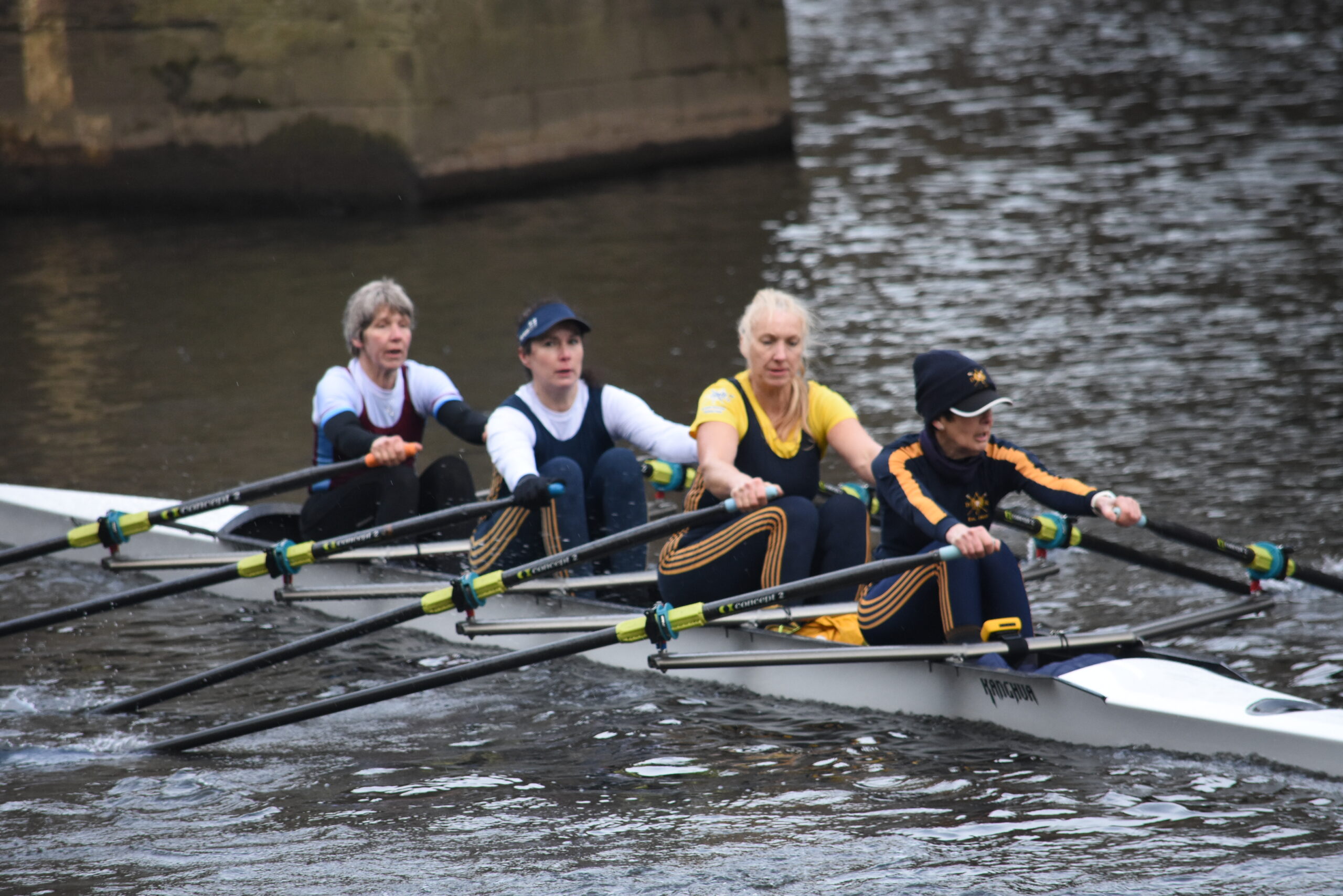 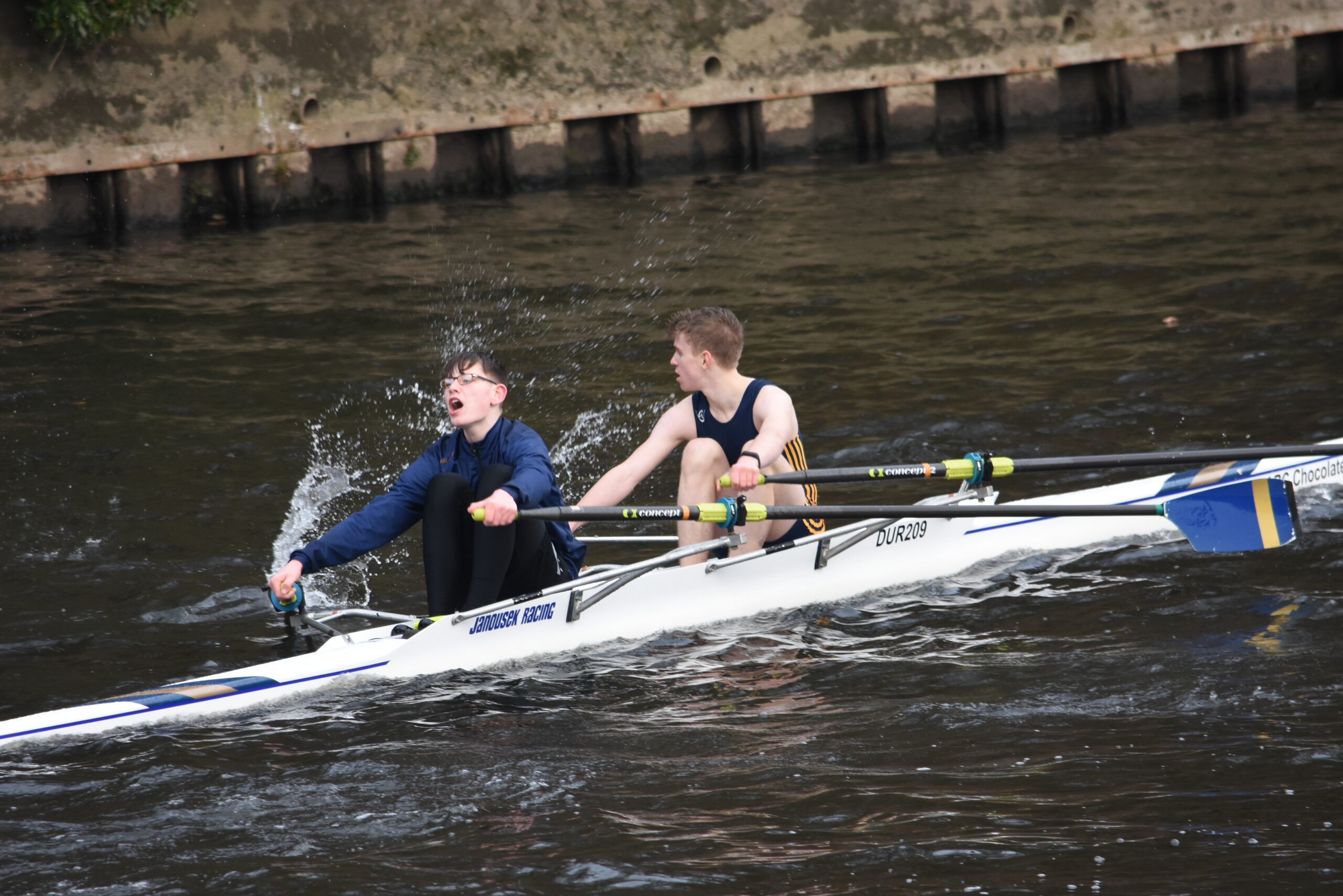 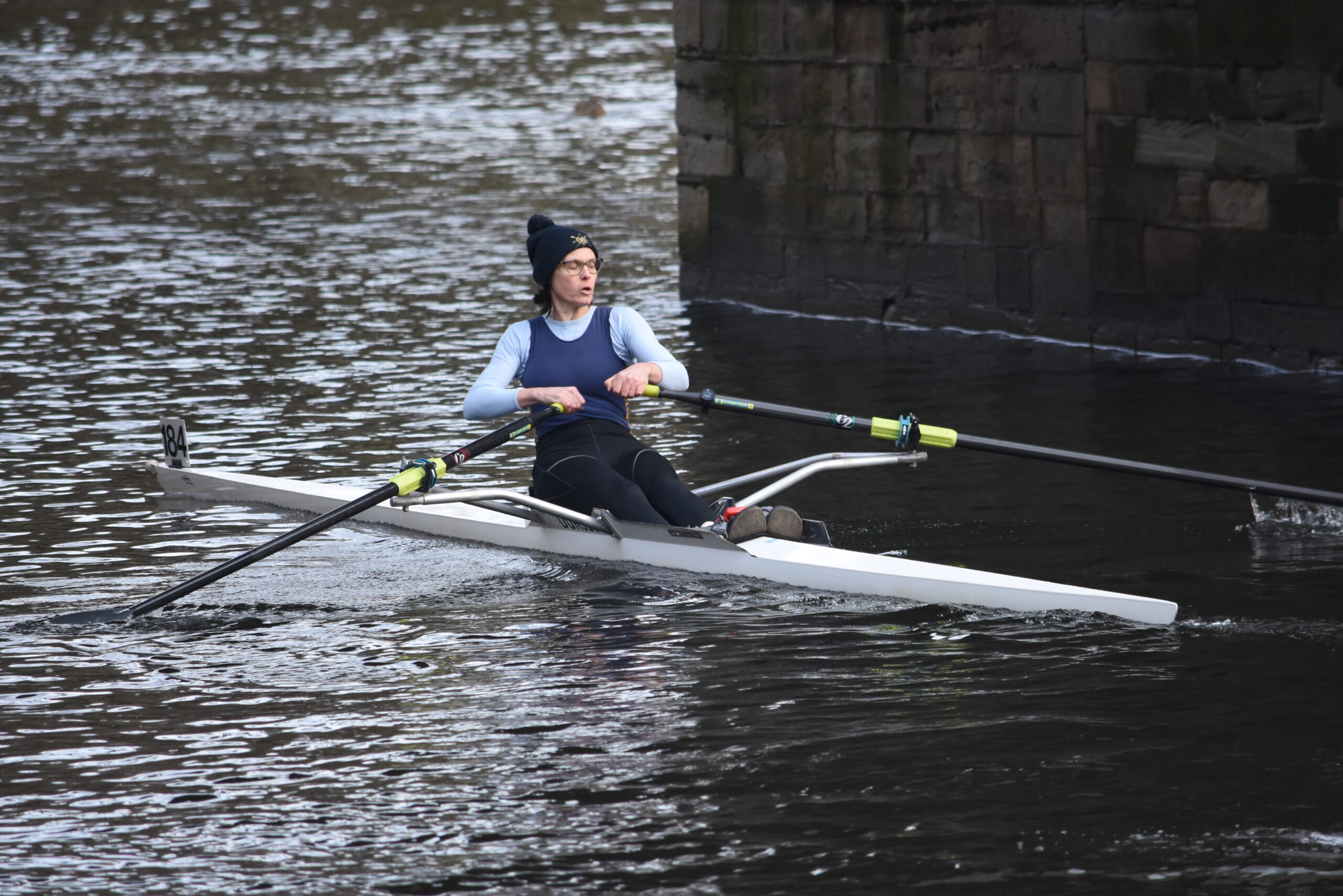 Between them ten Durham University Colleges provided 41 entries, most being allocated to one of 3 bands of Open coxed fours and two bands of Women’s fours. Having 13 entries Collingwood College enjoyed the greatest success, winning band 1 of the Open 4+ and band 1 of the Open 4x+, while St Cuthbert’s Society won band 2 of the Women’s 4+.

Full results combined over the 4 divisions are here. 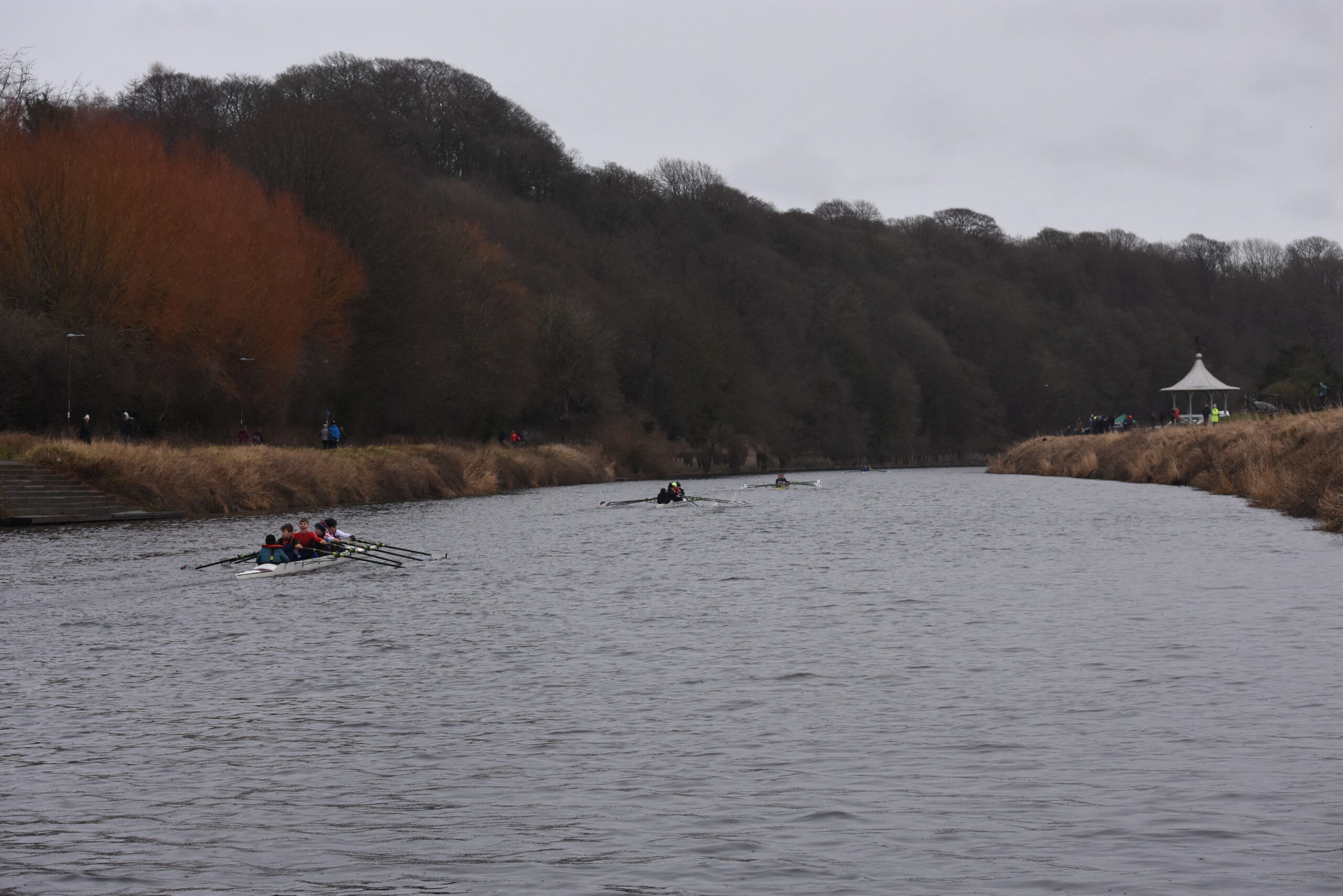 Crews on the Racecourse at Durham SBH 2022

After a long lay off for many it was a chance to get back to action, while for others the event was their first taste of competition.

Next weekend sees the challenge of the rearranged Rutherford Head for bigger boats on the Tyne after the postponement due to Storm Arwen in November.

The Durham College Rowing Novice Head will take place on the River Wear on February 20th.

A new series of DARC Learn to Row courses starts for Juniors in February half term and in March for Adults (16+). Details can be found on the Learn to Row page.