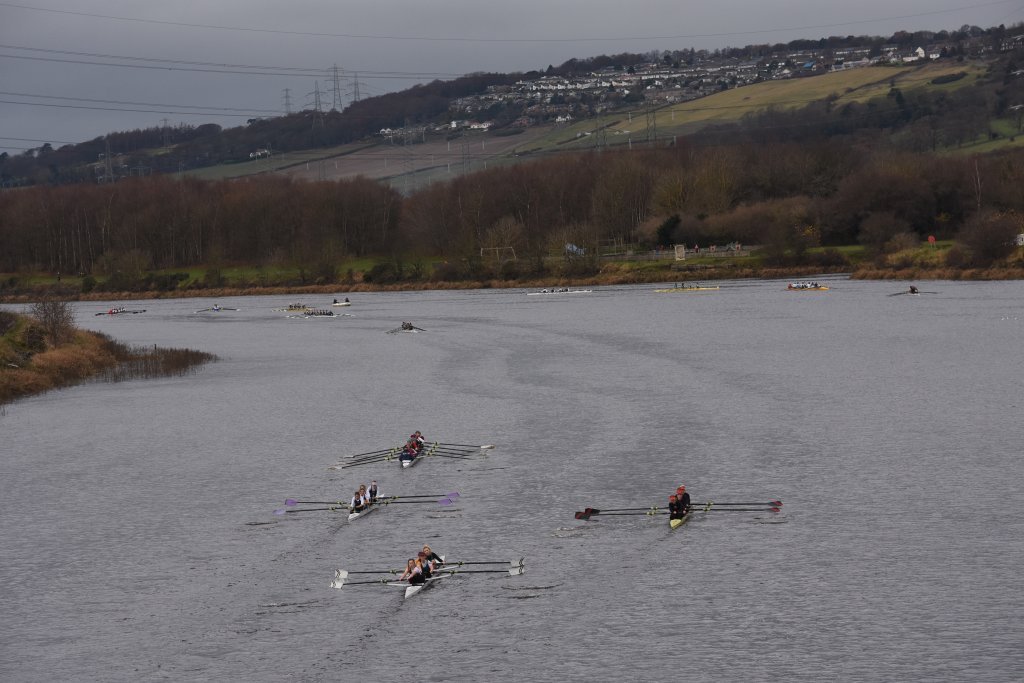 The last on-water competition of 2021 for the Club was to have been Rutherford Head on November 27th but organisers were forced to make the difficult decision to call it off on the 25th due to the forecast of high winds, a decision that was fully vindicated as Storm Arwen headed towards the North East, forcing the Met Office to issue its first red weather warning for the North Sea coast.

Always a major attraction, and the biggest event of the year for Tyne ARC, the decision was a big disappointment for the large entry of 284 drawn from around the country and including many leading club and academic eights, fours and quads.

The Head which is raced in two divisions over the 5km Championship course on the River Tyne between Scotswood and Newburn will be rearranged for February 12th 2022, replacing the Tyne Head originally scheduled for that date.

The start list has been published for information at  http://www.tynerowingclub.org/_direct/file_download.cfm?fileId=10129

Durham ARC had entered 16 crews. The bulk of entries is drawn from senior crews including representatives from such as the Universities of London, Edinburgh, Glasgow, Surrey, Leeds, Newcastle and Durham, as well as from Agecroft and Tideway Scullers School, with competition among alumni clubs gaining in popularity.

The previous Sunday saw the DARC senior squad going to York Small Boats Head where the Senior men’s quad took 5th place in the Open 4x-, while Nick Baird contested the Open single sculls, recording the fastest times in both divisions 1 and 3 but having to settle for 2nd place overall against Newark who posted the fastest time of the day in division 2.

Nick also entered the North East Indoor Rowing Championships (NEIRC) held at Maiden Castle in Durham on November 17th and gained an excellent 7th place with 6.22.2 in the Open Championship event. Other good performances came in the Masters event from Michael Terry (6.49.6) and Roger Stainforth (7.36.6). The NEIRC serves as a curtain raiser for the indoor racing season which runs from November to March, and provides an excellent introduction to indoor competition. The British Rowing Indoor Championships takes place virtually on Saturday, December 4th, and Roger is again representing DARC in the 75-79 age group in the 2k and 500 metres events.

Next weekend also sees College Novice fours racing on the River Wear in the Novice Cup, organized by Durham College Rowing, in a 2-day event that now involves a time trial including skills as well as side by side racing. With the river expected to be busy it provides an opportunity to carry out some maintenance jobs around the boathouse and landing stage next Sunday, and members are asked to sign up if they can help with this.

With the festive season approaching a combined social occasion has been arranged with the Oarsman’s Christmas Ball taking place at the clubhouse on Saturday, December 11th, another event for which members can sign up.