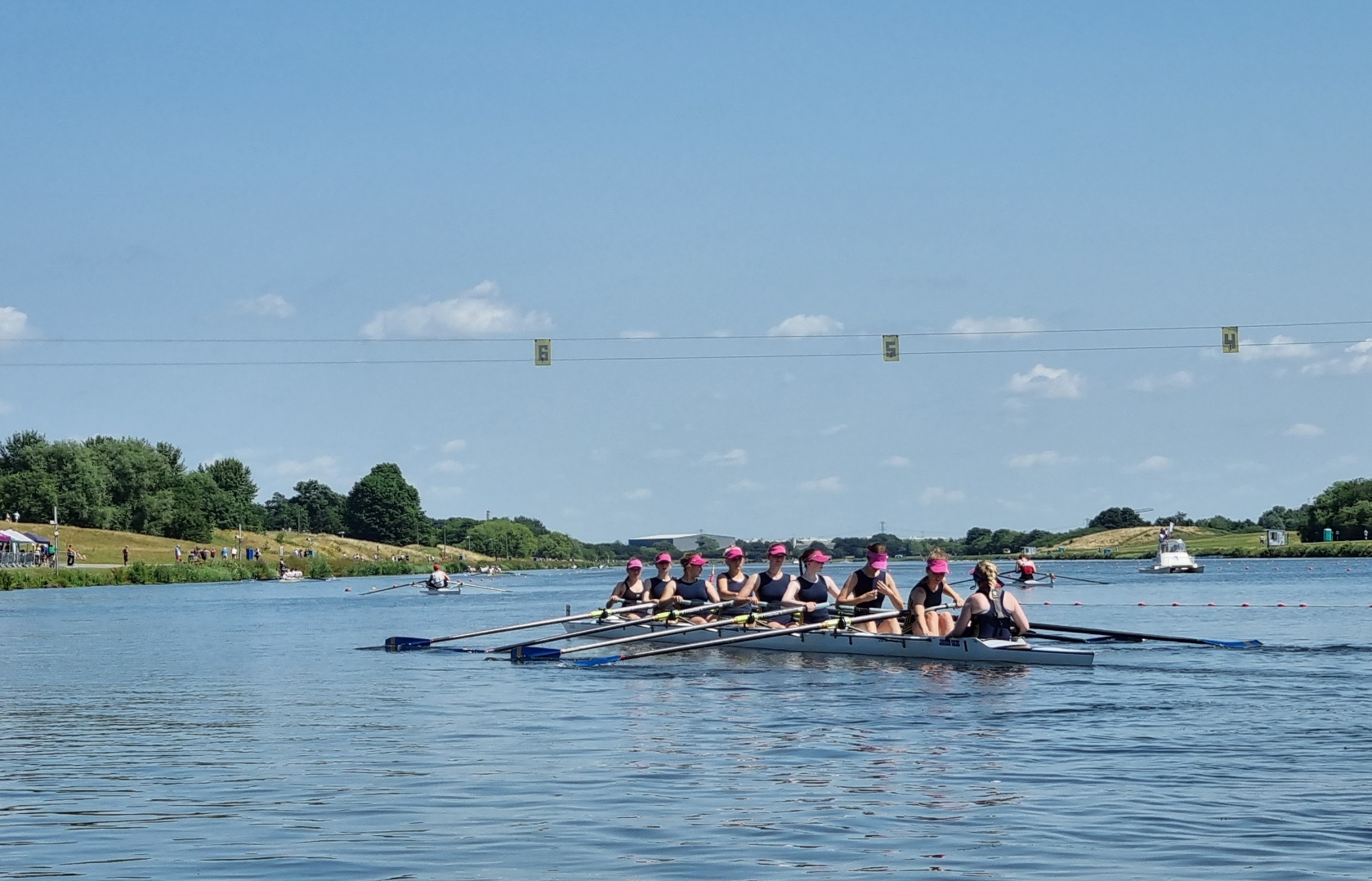 With temperatures soaring to 31 degrees two Durham ARC crews joined others from around the country as they converged on the National Watersports Centre in Nottingham on July 18th for the last of the three days of competition at the 2021 British Rowing Junior Championships.

Like most competitions this year the Championships was significantly affected by Covid-19 which meant it being scaled down in comparison to previous years. The usual events for J14 rowers were missing, and instead, for easier segregation, J15 events took place on Friday, followed by J16 events on Saturday and those for J18s on Sunday, although some clubs tried to get around this by entering J14 rowers in J15 events, or J16s in J18 events.

Junior rowers from around the country were there to race, but most were just glad to be back on the water after missing out on the equivalent competition last year because of Covid-19. There was, however, disappointment for J14s after already missing out due to the omission of J14 events and skills from the National Schools Regatta in May, at which DARC was represented this year by the J16 girls.

An explanation of the reasoning behind British Rowing’s restrictions can be found here.

Over 1,500 competitors from 115 clubs took part in the three-day competition, with rowers coming from as far afield as Aberdeen and Calpe RC in Gibraltar. 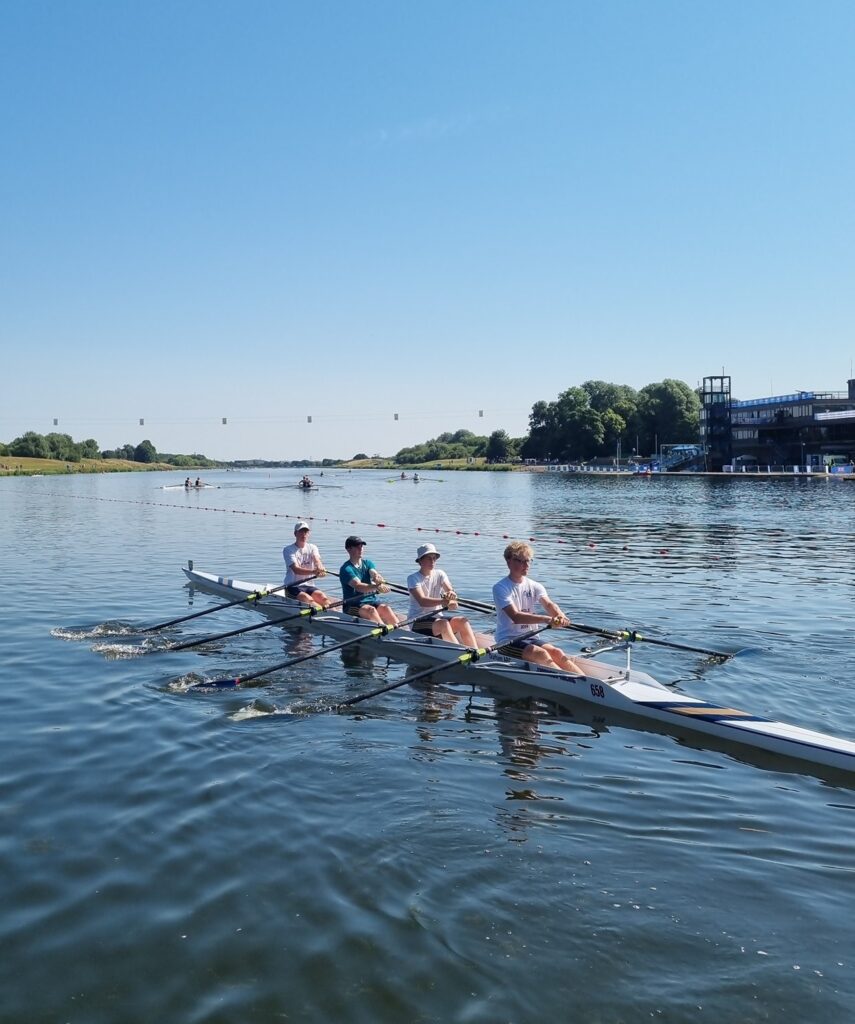 The day got off to a difficult start with Thomas unable to take part because of illness, but a substitute was found in the form of Tom from Cantabrigian Rowing Club who joined the remaining three for the 1500 metre time trial. With more than 12 crews entered only the fastest 12 would qualify for the semi-finals to decide places in the A and B finals. The DARC quad placed 31st in the time trial, ahead of the Cantabrigian quad, meaning the two were drawn to race in the F final in the afternoon.

Because of the smaller entry the girls 8+ went into the day knowing they faced three races in the blistering heat. In the time trial they posted a time just quicker than the Cantabrigian eight and all crews qualified for the semi-finals, with up to 6 boats racing side by side over 2000 metres. DARC finished 5th in the second semi-final, again beating Cantabrigian, which put them into the B final. With Molesey out in front Durham were in a close race with three other boats, including local neighbours Tyne ARC, eventually finishing in 5th place.

The boys won their head to head with Cantabrigian RC to run out winners in the F final of the J18 4x-.

AllMarkOne has provided photos from the three days of the Championships.

It was a fantastic weekend to round off a reduced racing calendar for the DARC juniors in 2020/2021.

Chris Callow, Chair of the British Rowing Junior Championships said: “It has been a great day of racing and I’ve been amazed at the standard of competition after the year that we have all had. 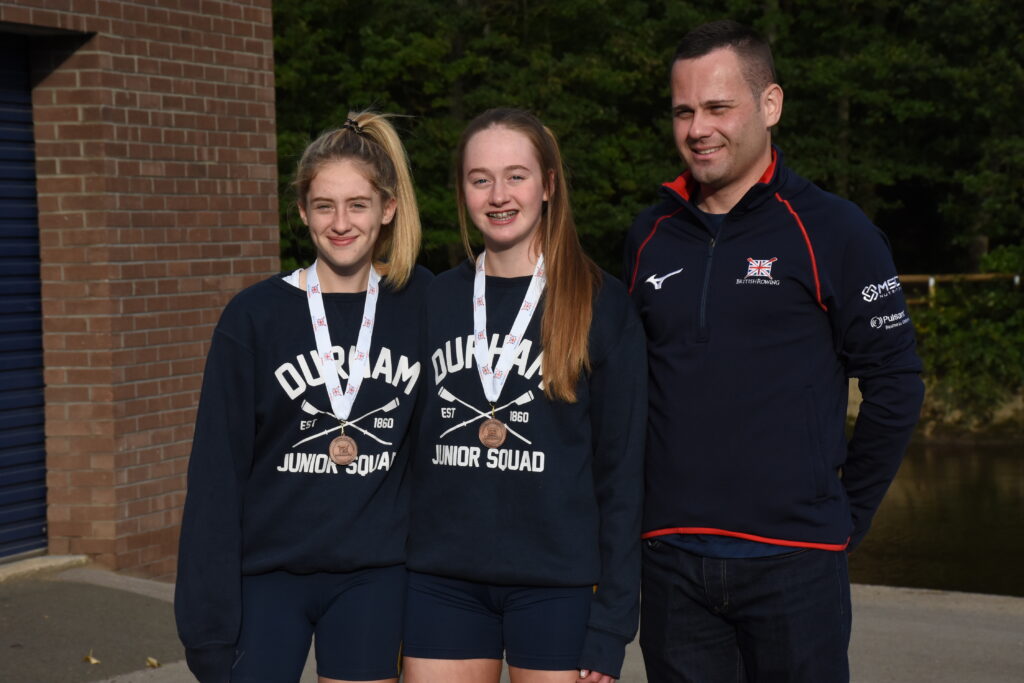