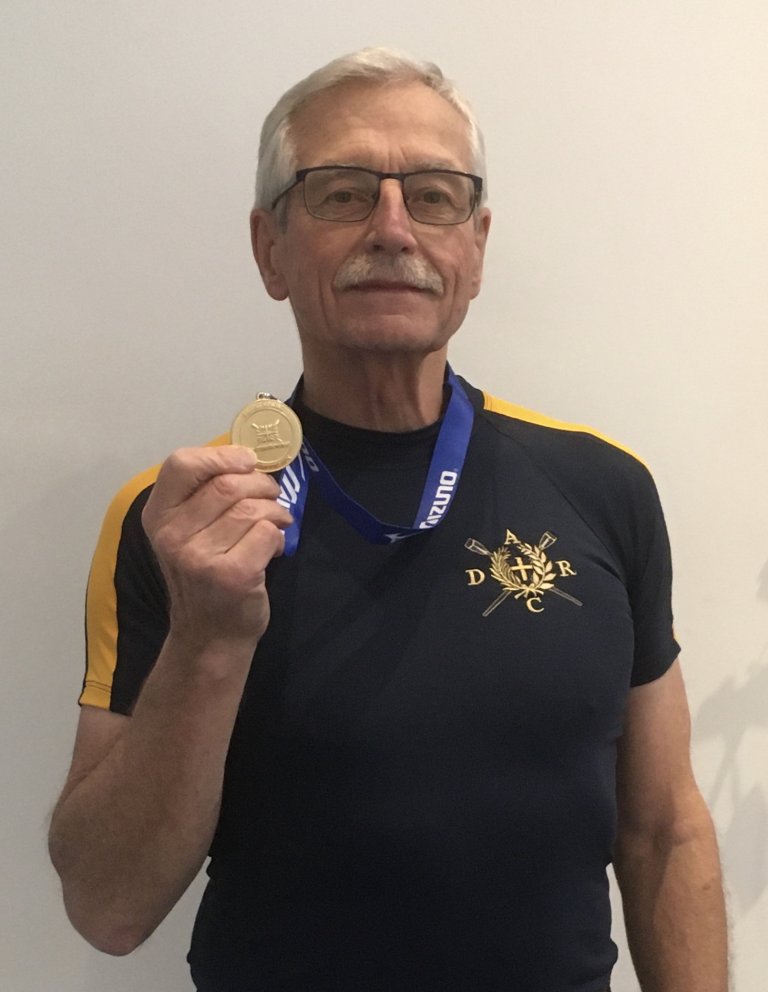 Without leaving home in Durham, Roger Stainforth continued his preparations for the 2021 World Rowing Indoor Championships by sealing victory at the Canadian Indoor Rowing Championships on Saturday, February 6th, recording a time of 7.35.9 for the 2km distance in the Masters 75-79 age group event on his Concept2 Model C ergometer. The Canadian Championships doubled as the Americas Continental Qualifier for the World Indoor Championships and attracted over 700 competitors from around the world.

In response to the pandemic the World Championships has been completely revamped from its usual physical format, where it has typically taken place each February at a different location around the world. As a virtual event competitors can pit themselves against one another without the need to travel, while live streaming of the races adds to the excitement for participants and supporters.

Competitors can only qualify through their ‘home’ Continental qualifier by registering before the relevant closing date and finishing in the top 2 per event for their continent.

A second route of qualification is available through the ‘open pathway’, in which up to 10 places globally are available in each event to competitors registering a qualifying time by the closing date on February 7th.

Competitors are also required to provide their own equipment and monitor calibrated in accordance with Concept2 instructions to facilitate real-time online racing from remote locations.

As it was Roger’s first experience of the Canadian event the opposition, consisting of two USA athletes and one Canadian, was an unknown quantity, although his old adversary Robin Sterk from the Netherlands was competing in the 70-74 event which shared the same race as the 75-79 event.

After a close tussle with Robin Sterk, Roger ran out a comfortable winner by outpacing Arthur Pearse of St Lawrence Rowing Club in Canada by 58 seconds, and is now looking forward to the 2021 Virtual World Championship Finals which will be held between February 23rd and 27th. The result of the 75-79 event can be found here, and the race is featured in the competition video stream on YouTube starting from 1hr 18 mins.

After qualifying already through the European Continental Qualifier on December 5th Roger will be aiming to lower his season’s best time of 7.28.5, set at the Scottish Championships in November, and looking to improve on the bronze medal he won at the 2020 World Championships in Paris.

A complete list of qualifiers for the World Championships is available here. 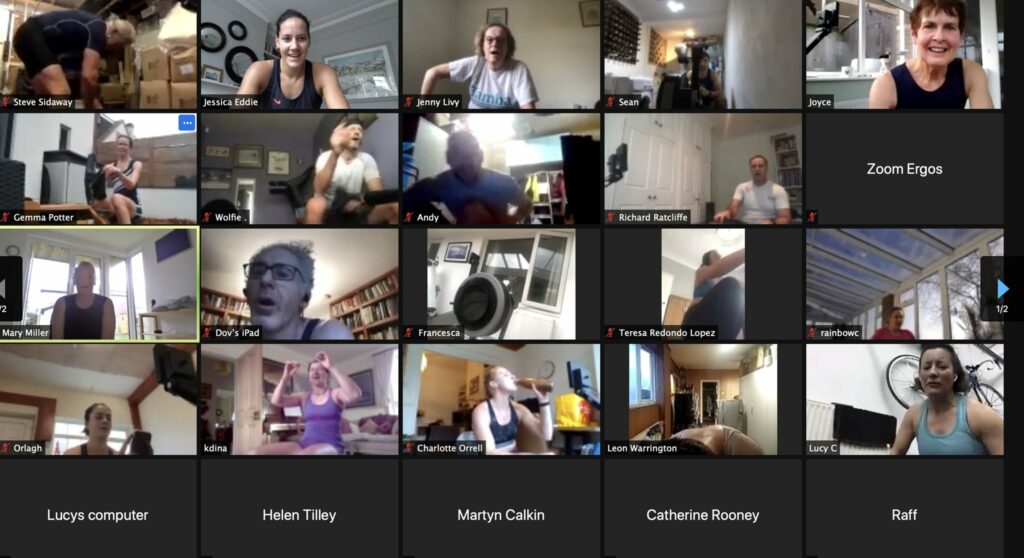 Indoor Rowing is recognised as an excellent whole body workout and is enjoying a renaissance as a socially distanced training option during the pandemic for anyone with access to a Concept2 machine.  Technological innovations which enable virtual competition provide an added incentive. It is also being promoted heavily by British Rowing as a means of attracting new members to the sport and through initiatives such as Zoom Ergos, which allows anyone with an ergo to sign up to join regular online training sessions hosted by former Olympians.