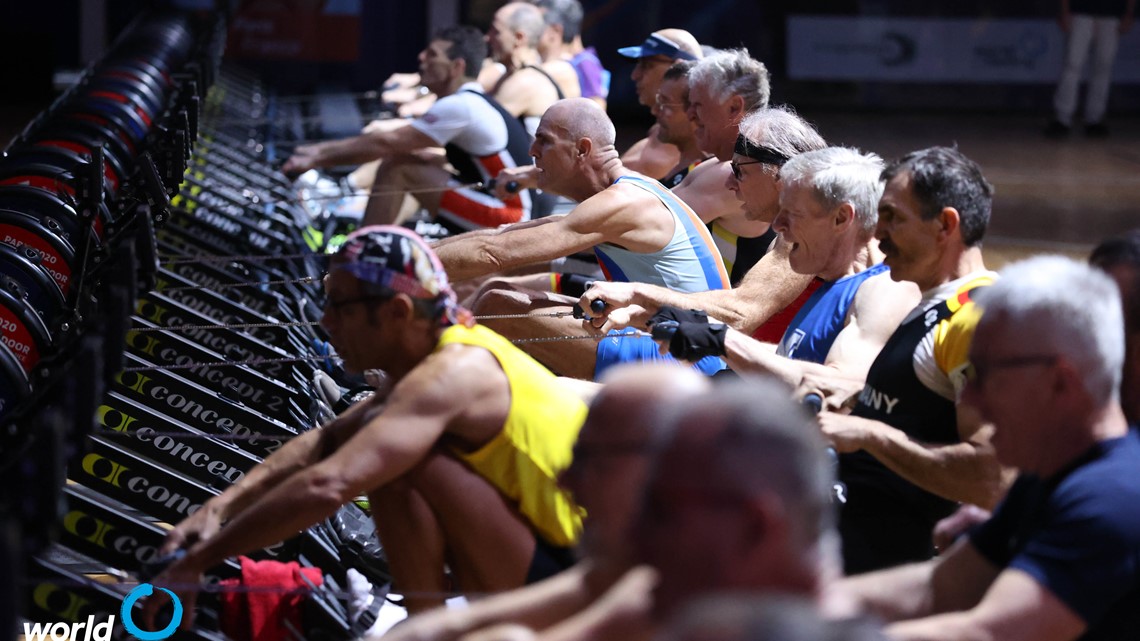 Roger Stainforth of Durham ARC added to his excellent performances in the 75 to 79 age category by improving his British record time over 2000 metres to 7m 23.8s in winning the English Indoor Rowing Championships at the Manchester Velodrome on February 2nd.

Roger was delighted with the time which lowered his previous best for the season of 7.25.2, set at the British Rowing Indoor Championships in London in December, by 1.4 seconds.

The following weekend he travelled to Paris to represent Great Britain at the World Rowing Indoor Championships at the Coubertin Stadium. The 2-day event got underway on Friday, February 7th with sprint races over 500 metres, before continuing the following day with individual races against the clock over 2000 metres, and rounded off with mixed relay races, a total of nearly 2300 athletes from 52 nations competing on 96 Concept2 ergos.

Roger overcame opposition from Italy, France and the USA to take third place in 7.32.3 against very strong opposition in Olaf Ellefsen of Norway who emerged as the winner in 7.14.8, and Christian Sommer of Germany who was second in 7.25.2.

Three British records was an excellent conclusion to the 2019/20 season but there was a note of disappointment about the performance in Paris.

“Going to the World championships I felt really good and hoped that I could do better again, but alas, I forgot my race plan, went off too fast and with silver in my grasp I hit the metaphorical wall. I had to settle for bronze or risk no medal at all. An inexcusable error never to be repeated cost me a good time and shinier medal! The campaign for 2021 starts now.”

Competitors ranged from 14 to 16 year-old juniors through senior men and women, to masters aged over 30, and adaptive athletes. The oldest was Georges Basse from France in the 90-94 age group who completed the 2km in 11.11.7.

Indoor rowing provides an excellent training workout, avoids inclement weather and is highly effective at bringing together the rowing community, and unsurprisingly it is one of the fastest growing participation sports.

“Fantastic”, summed up Peter Dreissigacker, co-founder of Concept2, after representing the USA in the 65-69 category when asked for his impressions of the first time the World Indoor Championships has taken place in Europe.

Results from all categories are on the World Rowing website.

You can also watch a replay of the Masters events on YouTube at  https://youtu.be/jV5ZLcoLWa4

British records for 2k are on the Concept2 website. 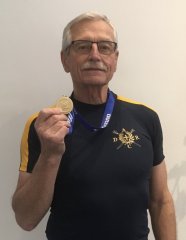