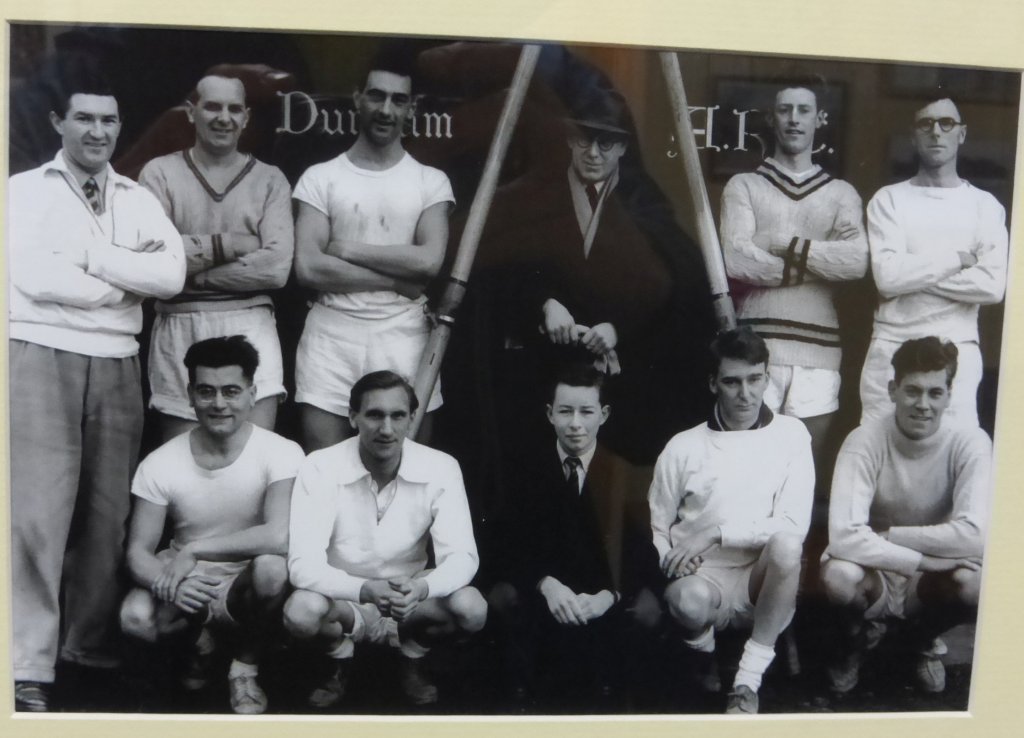 The funeral of John Short took place on April 13th. John was a long-standing member of Durham ARC and was in his 91st year when he died on March 29th. He first joined the club in the late 1940s, after being in the RAF, and served subsequently in several administrative roles.

Although success as an oarsman was limited he was an umpire for 20 years and during the 1960s coached mainly novice crews. It was soon realised that he had a gift for administration, serving as Club Treasurer for a time. He was appointed as Club Secretary in 1961. Apart from a short break to concentrate on project management this was a position he was to hold until 1974.

During the late 1960s and early 1970s he was heavily involved with the management of the project to relocate the clubhouse to its new site, and he organised ventures such as a weekly dance in the Town Hall on Saturday nights to raise funds for the project. During this time he was in charge of expenditure and dealt with grants from the Sports Council and other bodies. The new clubhouse officially opened on December 22nd 1971.

He also acted as Regatta Secretary for both Durham ARC and Durham Regatta, and was Club Chairman between 1979 and 1994.

In recent years John helped with the Explore Rowing scheme and became involved with the club’s recreational rowers. Until recently he was a regular visitor to the club and a familiar face on the riverbank.

An interview with the Northern Echo in 2005 realls some memories.

Professionally he worked as a Legal Executive for the Miners Union at Redhills, dealing primarily with miners’ illness compensation claims.

The service at Durham Crematorium was conducted by Rev John Lund and was well attended by club members. John Short is survived by 2 daughters, Kate and Rachel and grandchildren.