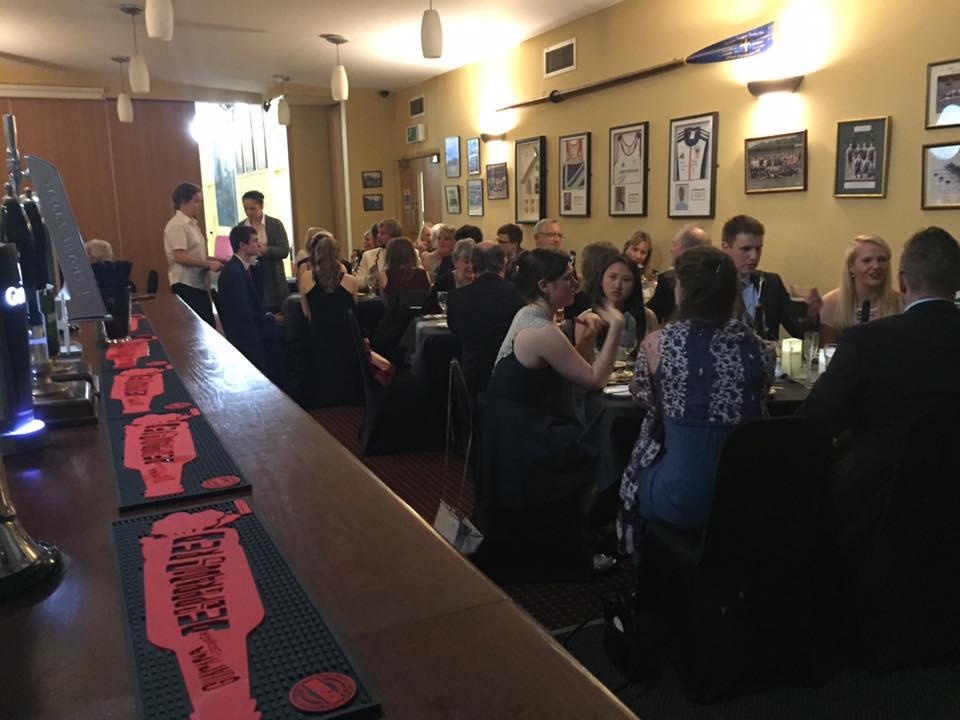 The 2nd Boat Race Ball took place on 26 March 2016.  After the drama the previous day in the Boat Race itself when the Cambridge women ​somehow managed to row themselves out from under the water, and the Oxford men won by 2 and a half lengths, we wondered if we would have as exciting an evening.  The answer is – we did.  This was probably one of the best social events held at DARC in recent years. The room was dressed, the tables were set, the food was prepared and the ​band ‘The Pretty Weeds’ were ready to rock! 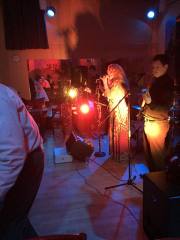 We had a great meal courtesy of Gene with help from Marion and others, of prawn cocktail, Boeuf Bourguignon and a choice of desserts​. ​The veggie meals were from NOSH – creative and delicious – chickpeas, shredded tofu and vegetables – tasted better than any chickpeas I’ve ever cooked with! The wine flowed and the conversation was lively.  Once our lovely Junior girls had cleared the tables The Pretty Weeds started up. It was lovely to see Rita invite ​(or maybe ‘drag’ would be a better word) – ​Clive on to the floor to start the dancing, which went on for several energetic and fun hours, and had most of the diners dancing.  It made me realise what a large ‘family’ the club is as dancers intermingled into different groups and all seemed to be entirely comfortable dancing to music from any era. The range of music played by the band covered all tastes from The Rolling Stones to Uptown Funk via Michael Jackson.  Deb said the next day that she had loads of blisters which only goes to show just how long she was dancing…..

It was a great night at DARC – huge thanks to all who volunteered and made it such a great success. 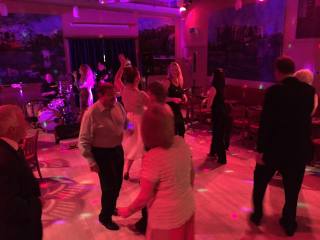 (Report by Gabby and Shirley, photos from John)