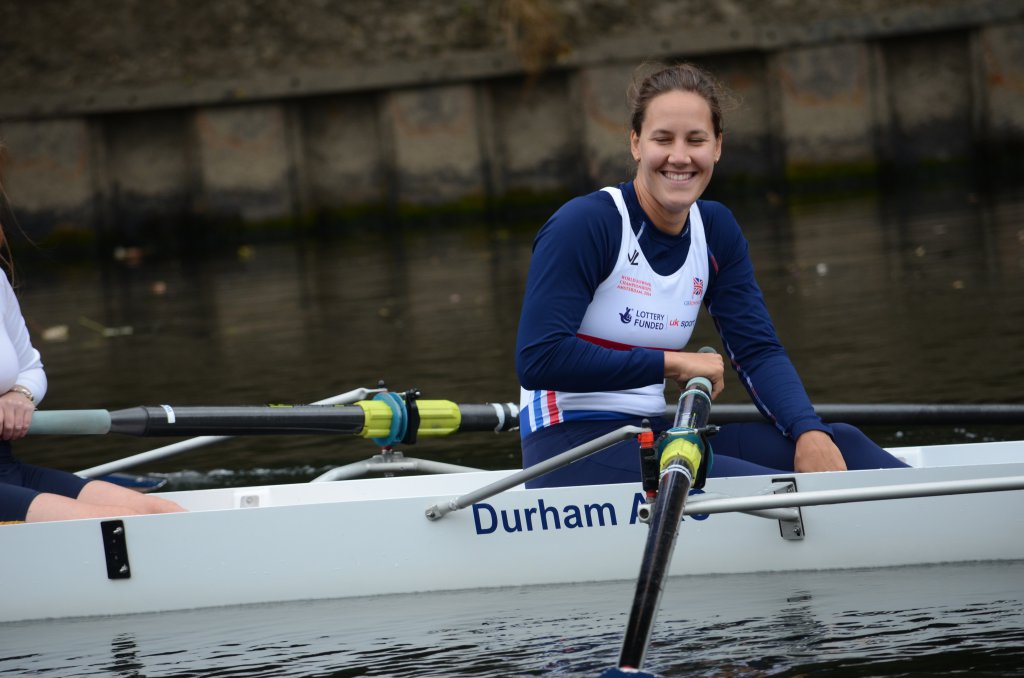 Olympic champion Kat Copeland will reprise her promising partnership with Charlotte Taylor after four rowers from the North East were named in the GB Rowing Team for next month’s European Championships.

Double Olympian Jess Eddie continues in the women’s eight and fellow Durham rower Will Fletcher will once again race alongside Richard Chambers in the lightweight men’s double scull, provided his partner recovers from a minor hand injury in time for the regatta from May 6-8.

Among the crews looking to defend their European title will be the lightweight women’s double of Copeland, from Ingleby Barwick in Stockton-upon-Tees, and Taylor.

Last year’s regatta in Poznan, Poland was the first time they had raced together and they stormed to victory in the final, setting the tone for an encouraging summer which climaxed with silver at the World Championships in Aiguebelette, France.

Fletcher and Chambers also claimed World silver in the lightweight men’s double last year, a repeat of their first race as a partnership at the European Championships.

Eddie, an Olympic finalist at Beijing 2008 and London 2012, looks well on course for a third Games appearance in Rio after seeing off fierce internal competition for a place in the women’s eight at the Europeans.

She is joined in the boat by fellow Olympians Katie Greves, Frances Houghton and Melanie Wilson, as well as 2013 World pair champion Polly Swann – Eddie’s partner at the recent Olympic-season Trials.

“The pairs racing at the Trials was some of the best we have ever had and I think our eight has a real chance of standing up there on the podium, hopefully in the middle of it,” she said.

“That’s where we are aiming and that’s what the culture of our team really encourages us to believe in.”

The European team announcement is the first major selection of the Olympic season, with rowers keen to impress in Brandenburg as they look to secure their seats for Rio.

Sir David Tanner, GB Rowing Team Performance Director, said: “We are clearly ambitious to do well in Rio and will race and then review the Europeans combinations announced today.”

The full team selection for the European Championships can be found at http://www.britishrowing.org/gb-rowing-team

Nathaniel Reilly-O’Donnell – who went to the same school as Eddie, St Leonard’s in Durham – will race in the men’s pair at the Varese World Cup in Italy from April 15-17 with Mat Tarrant. They are the reigning World coxed pair champions.

Kirkwood will also be racing in Varese, in the lightweight double with Zak Lee-Green, before heading to the Europeans in the single.

The GB Rowing Team is supported by the Lottery through UK Sport and has Science in Sport as a supplier.  SAS Analytics is the Official Analytics Partner of British Rowing and the GB Rowing Team. Follow Britain’s rowers on the Road to Rio via Twitter – @GBRowingTeam – and at www.facebook.com/GBRowingTeam.