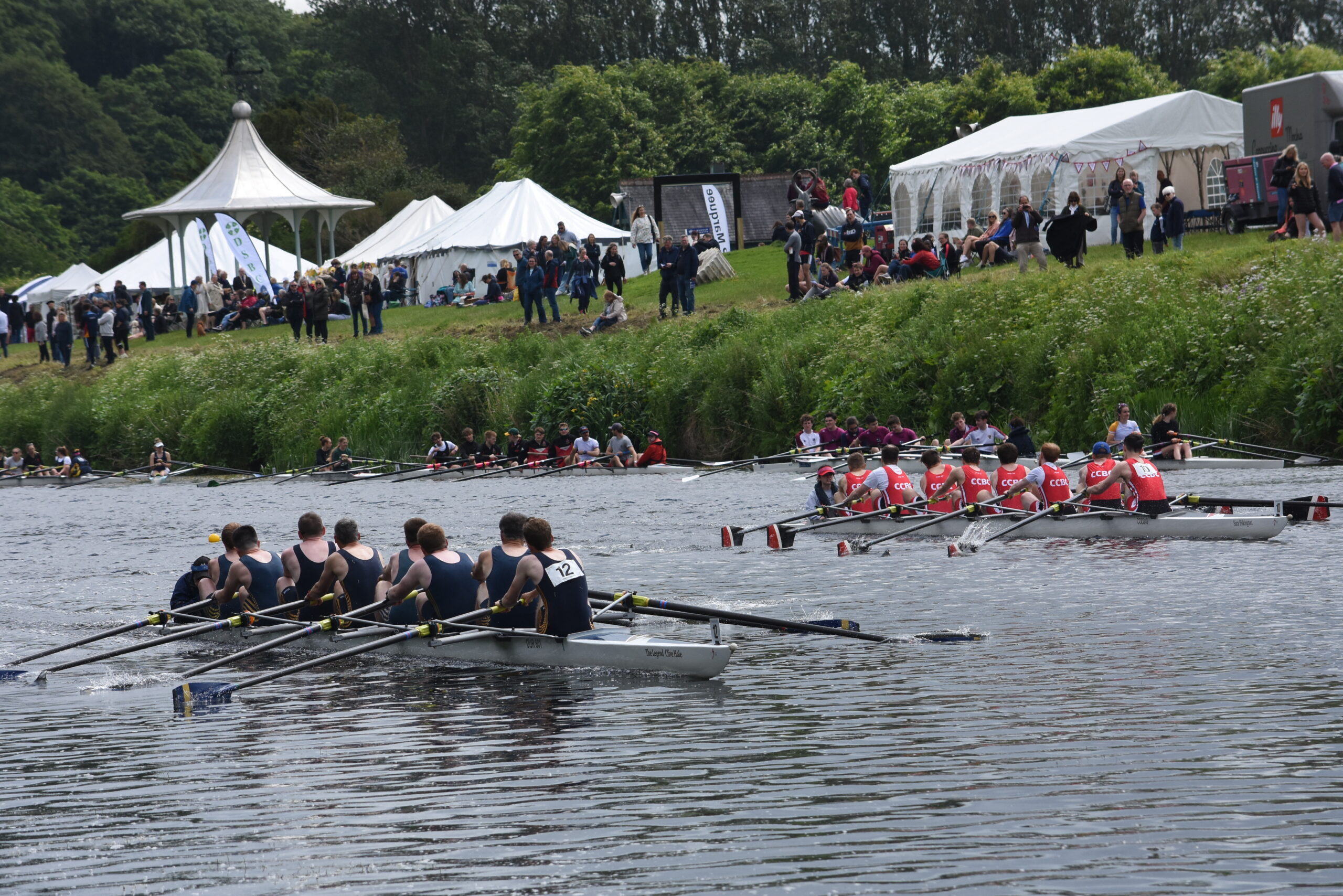 Durham Regatta returned to its traditional format on June 11th and 12th including two days of racing on the River Wear and bankside entertainment. Counting two composite crews the thirty-one entries from DARC included six Eights and an Octuple.

Saturday got off to a good start in breezy conditions with a win in the first final of the day for the Durham/Hexham J14 octuple, achieving victories over St Leonard’s and Tyne ARC. The Women’s Intermediate 4+ had to work hard to overcome Lancaster University by 1 foot in the semi-final before beating Edinburgh University in the final.

The first victory of the weekend for the Senior Men came in the Open Intermediate Eight on Saturday morning, and saw them overcome Grey College and Collingwood College before winning the final against York University, the first of 5 wins for the Club in 8+s.

Also in Division 1 on Saturday the Masters Women had their only win, against Chester-le-Street in the WMasE 4x-.

The J16 boys 8+ was one of 10 entries in the Open Beginner 8+ and did well to reach the final where they were beaten by quarter of a length by Lancaster University.

In Division 2 DARC had two entries among the seven entered for the J15 2x. Isaac Bolton and Will Terry had a bye into the semi-final then beat Doncaster Schools by 2 lengths in the final.

Two Beginner, one Intermediate and two Elite singles entered on Saturday, the best performance coming from Nick Baird who was beaten by Suter of Durham School in the Elite 1x final.

The Masters E 4x- won in a close race against Tyne ARC in the final, having beaten Chester-le-Street in the semi, the J18 girls coxless quad won their event against Cambois and Queen Elizabeth High School, and the last win on Saturday went to a MasE 8+ stroked by Peter Matthews after their MasF opponents from Tees RC were disqualified for a steering violation. 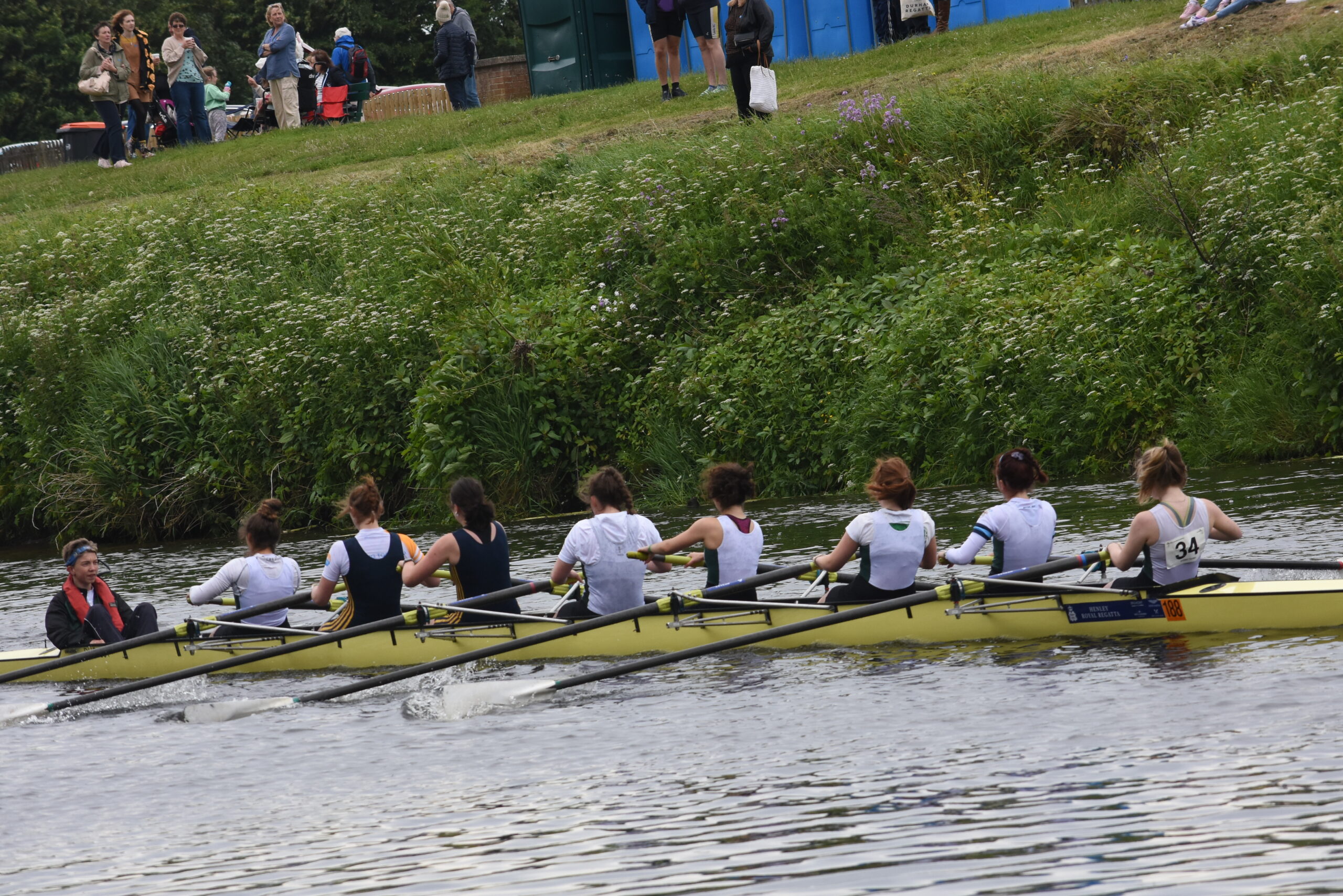 Although the increasing wind strength on Sunday made conditions difficult the day started well with a victory for a DARC/Durham School/Old Dunelmians Eight in the Women’s Non-Championship B 8+ against Leeds University.

The Senior Women then had two entries over the Long Course in their preparations for Henley Women’s Regatta next weekend. In the Women’s Championship 4x- Anna Golightly, Fran Whitfield, Gabby Maxfield and Katie McDaid won their semi-final when their Newcastle University opponents were disqualified but lost the final against an NUBC/Tyne ARC combination. Nicki Fleck and Lily Muskett overcame Windermere/Sheffield University by 1 foot in the semi-final of the Women’s Championship 2x before winning the final against Edinburgh University. 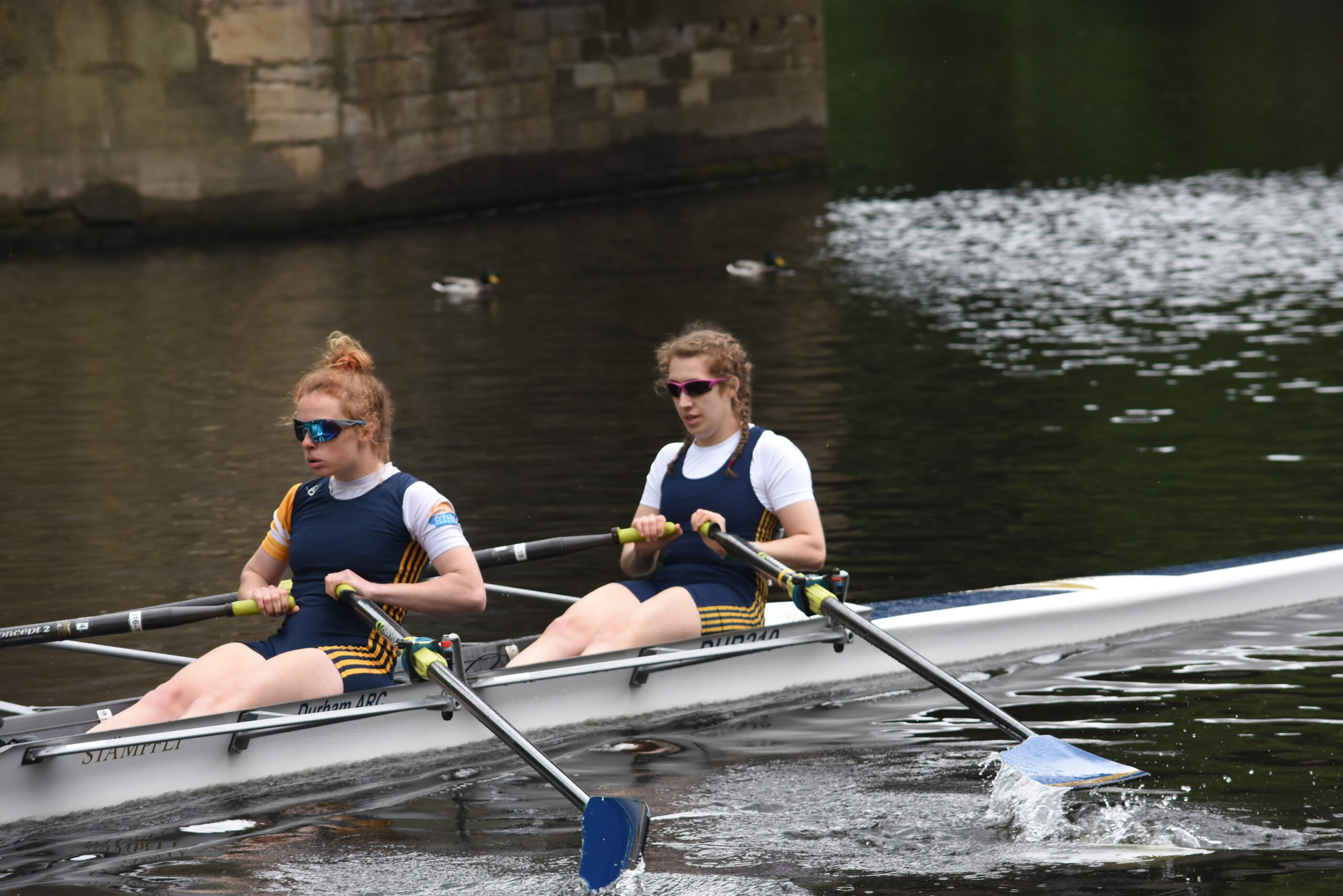 DARC had two entries in the Women’s Non-Championship B 4x-, one of which reached the final but was beaten by a length by St Leonard’s School.

The second win of the weekend for a DARC MasE 8+ came on Sunday, this time for a crew stroked by John Appleby who beat Tyne ARC.MasF by 2 lengths.

David Rutter won the Open Championship B single sculls, Nick Baird went out against Campbell of Tyne ARC in the Ch A 1x, and the second win of the weekend for the Senior Men’s 8+ of Elliot Kay, Jack Reeves, Dan Lockey, Darren Smith, John Roxborough, Dan Pearson, Matthew Lakey, Brad Knights and cox Stef Burgess, came in Division 2 on Sunday when they overcame Durham University BC in the final of the Open Non-Championship A 8+ to take the Joseph Brown Memorial Cup. 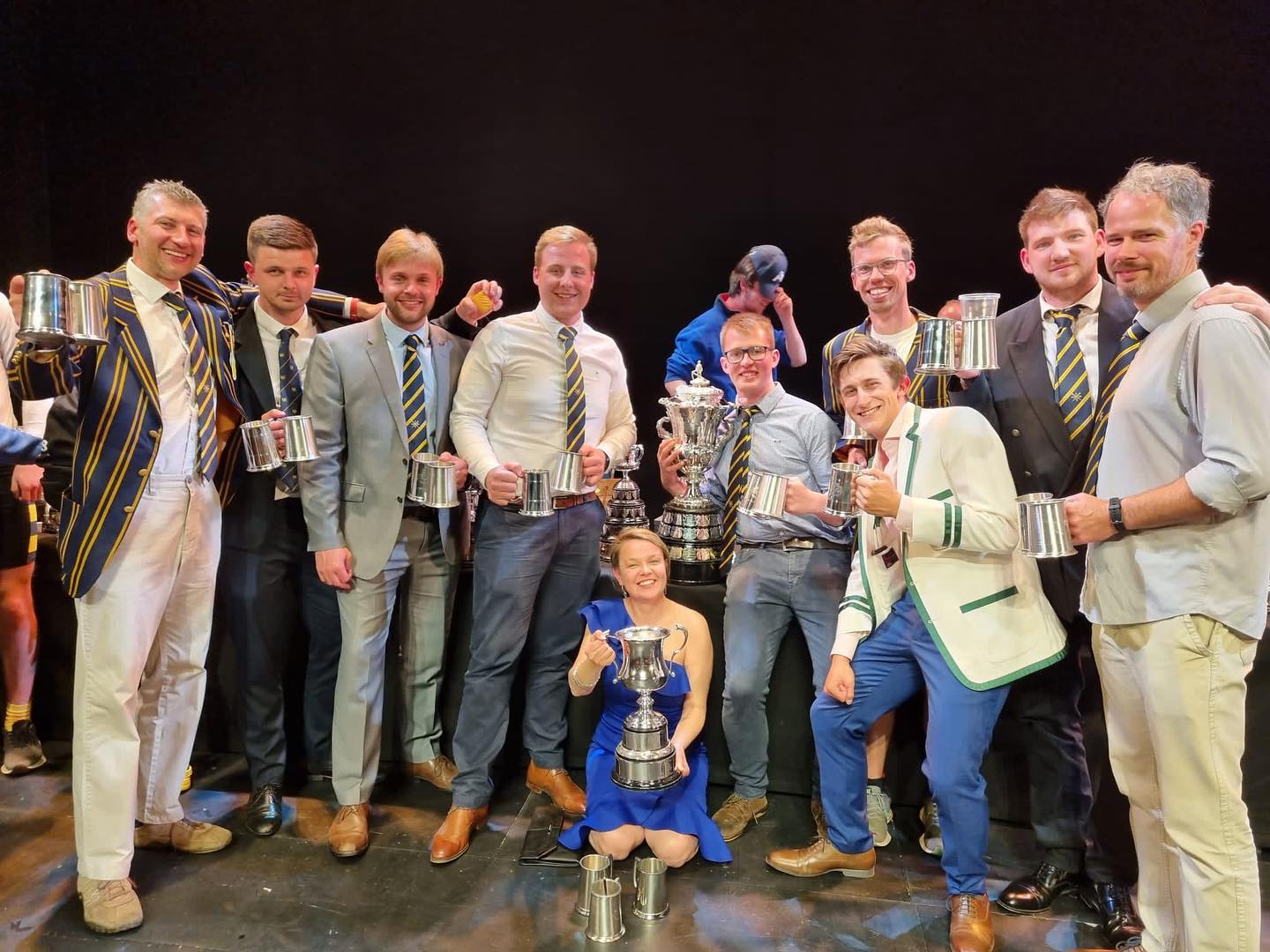 Victory in 13 events enabled Durham ARC to achieve more wins than any other club at the 2022 Durham Regatta despite resources being depleted by several members of the Masters squad being away at Nottingham for the British Rowing Masters Championships.

Photos are available from AllMarkOne.