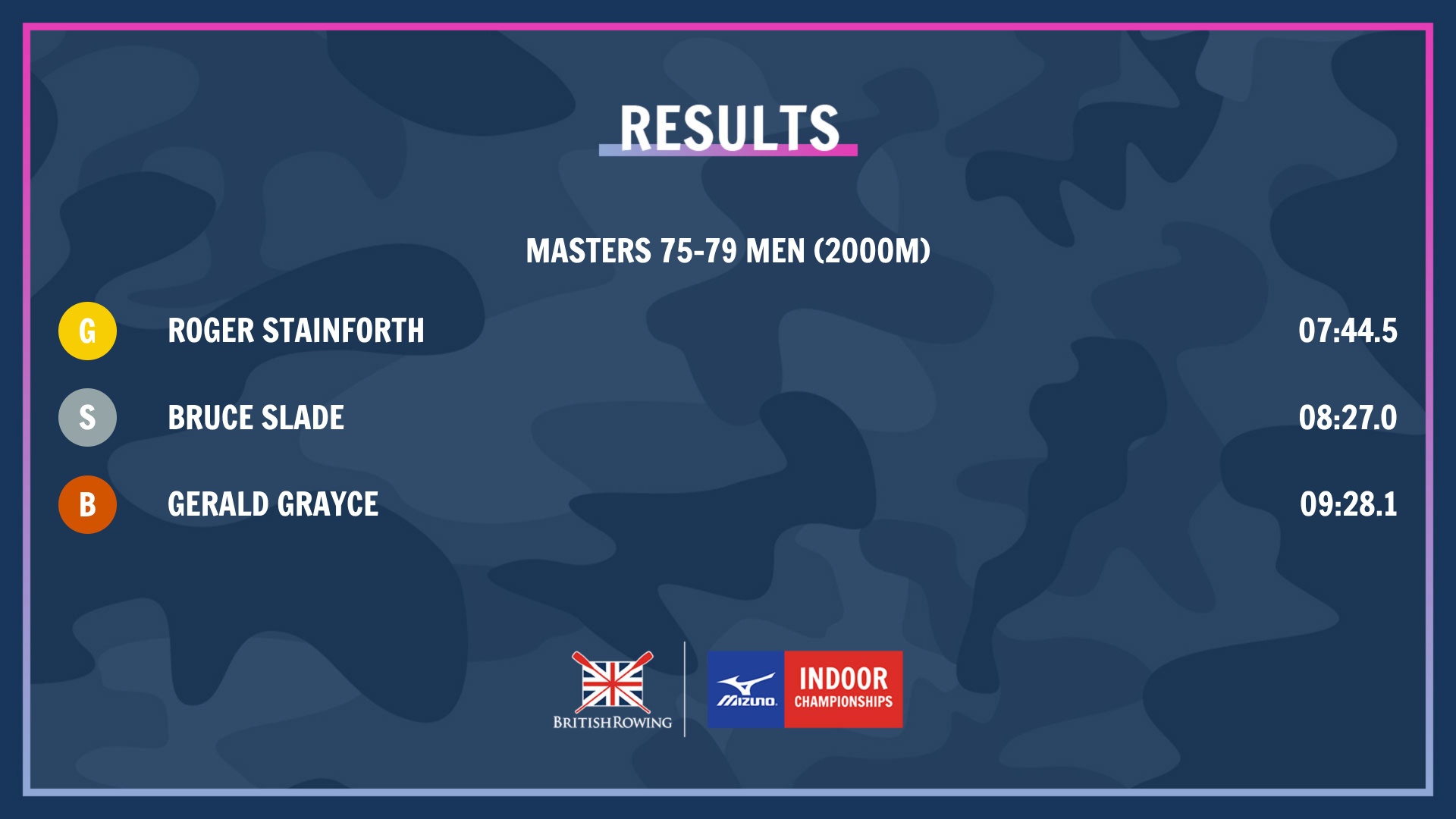 Roger recorded times of 7.44.5 for 2000m, finishing ahead of Bruce Slade (GBR) and Gerald Grayce (USA), and 1.42.1 for 500m, again beating Gerald Grayce of the USA. Results for all races are provided by Time Team from the Netherlands, including the 2000m and 500m. In the past BRIC has taken place annually at the Lee Valley Velodrome in London, but following advice from leading sports medical experts British Rowing took the decision in October that it should run for a second year as a virtual event. This meant competitors using ergos in their own homes connected via the internet, a formula that has been very successful throughout Covid restrictions, particularly for the 2021 World Rowing Indoor Championships.

Roger has entered BRIC each year since its inception in the current format in 2015 and has been a winner on 6 occasions. He also achieved a double success at the inaugural British Rowing Virtual Championships in September.

The Championships attracted 871 entries from 32 different countries. With concerns mounting about the spread of the Omicron variant of the Covid virus the decision to stage BRIC21 as a virtual event looks justified, given the recent cancellation of the 2022 European Indoor Championships in Jonkoping, Sweden (January 29/30th), and the decision to hold the 2022 World Rowing Indoor Championships due to have been in Hamburg (February 25/26th) as a wholly virtual event.

The windy conditions that have beset recent competitions on the water continued with the cancellation of the Head of the Float at Liverpool on the same day, for which DARC’s Masters Women – Fi Ashton, Becky Chilcott, Heather Tosley and Kate Sowden – had entered a coxless quad. Other events such as Hampton and Wycliffe Small Boats Head did however survive the conditions.

On Saturday the River Wear hosted the Durham College Rowing Novice Cup, intended as a two-day competition continuing on Sunday, but the second day was cancelled because of the rising river level. After Saturday’s time trial organisers therefore put Plan B into effect and arranged an ergo relay for Sunday. Fifty-nine coxed fours from 16 University Colleges entered and a successful weekend was rounded off with an after-party and presentations at DARC on Sunday night.

The closure of the river for the Novice Cup provided a good excuse for DARC members to carry out some long overdue maintenance projects in the boathouse and grounds and on the landing stage. Thanks go to everyone for their efforts. 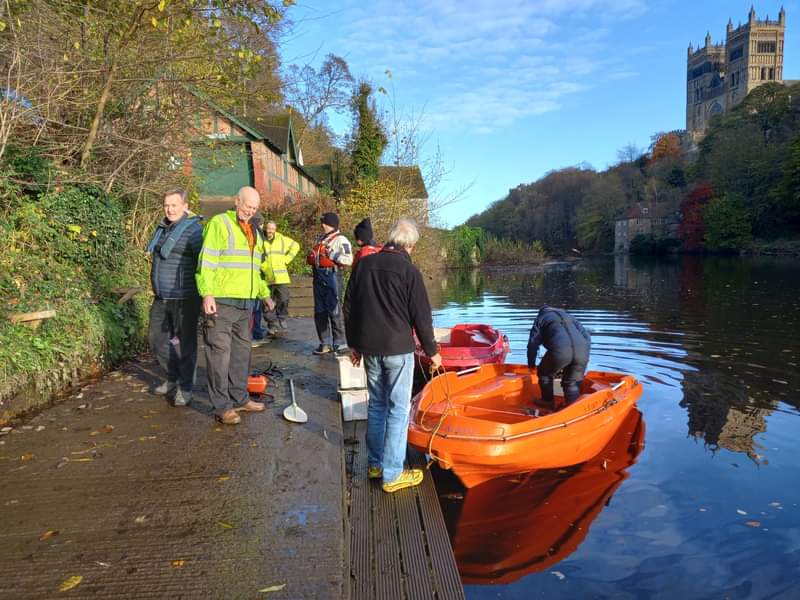 Members have also been assisting in recent weeks with the task of clearing up the riverbanks of debris accumulated over the past year or so. Prompted by County Durham’s bid to become UK Capital of Culture in 2025, and in the first of what is expected to be a series of exercises, a team of volunteers from a variety of agencies and organisations was assembled by Durham City Parish Council on November 17th in a bid to set the ball rolling in the run up to Lumiere. Durham ARC provided the team with two safety launches along with volunteer drivers and litter pickers. Many bags of rubbish were collected from the river between the weirs.

A new weekly mix-in session on Tuesday mornings starting at 9.30am is being trialled in an attempt to return daytime rowing to pre-Covid normality, so that sessions can be more sociable without the need to arrange crews in advance. The absence of this over the past 2 years has left a big gap in our Club. The sessions will help those who want to come down to the club on their own looking for a row and to meet new people. Anyone is welcome to come along either to join in or to help with organisation.

Next Saturday is the Oarsman’s Christmas Ball which will include presentations to the Oarsman and Oarswoman of the Year, nominations for which should be sent to the captain as soon as possible.