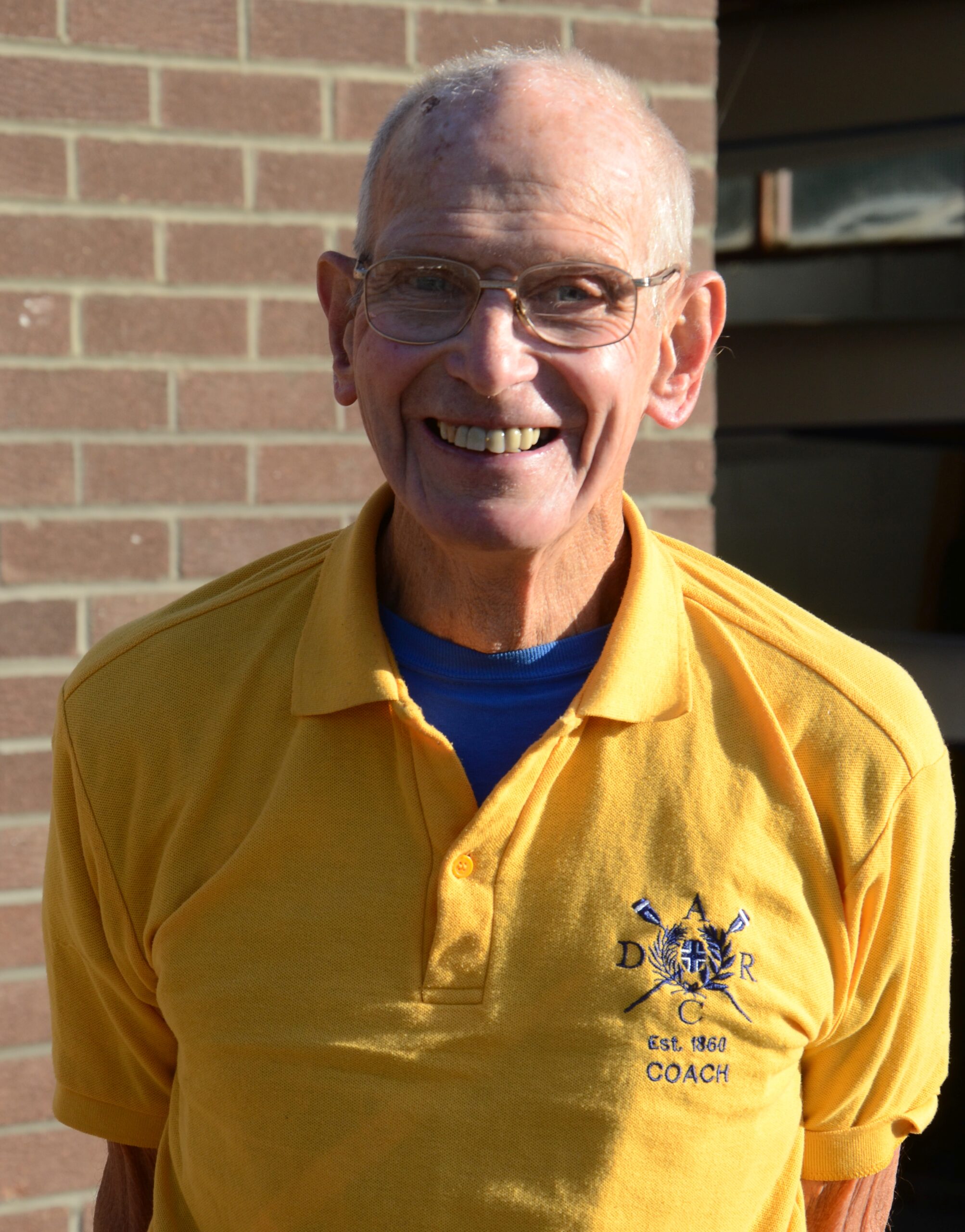 Tributes have been flooding in from the rowing community in memory of long time member Clive Hole who died on Thursday, October 29th at the age of 80 following a short illness.

Clive was a true gentleman and an endearing character whose interests were many and varied He lived life to the full, devoting much of his time to rowing, and served the club in a multitude of ways.

His childhood was spent in the Lake District, and after studying at Emmanuel College, Cambridge he arrived at Durham in 1973 where he taught biology at Durham School, coached rowing at the school and was a mountaineering leader. 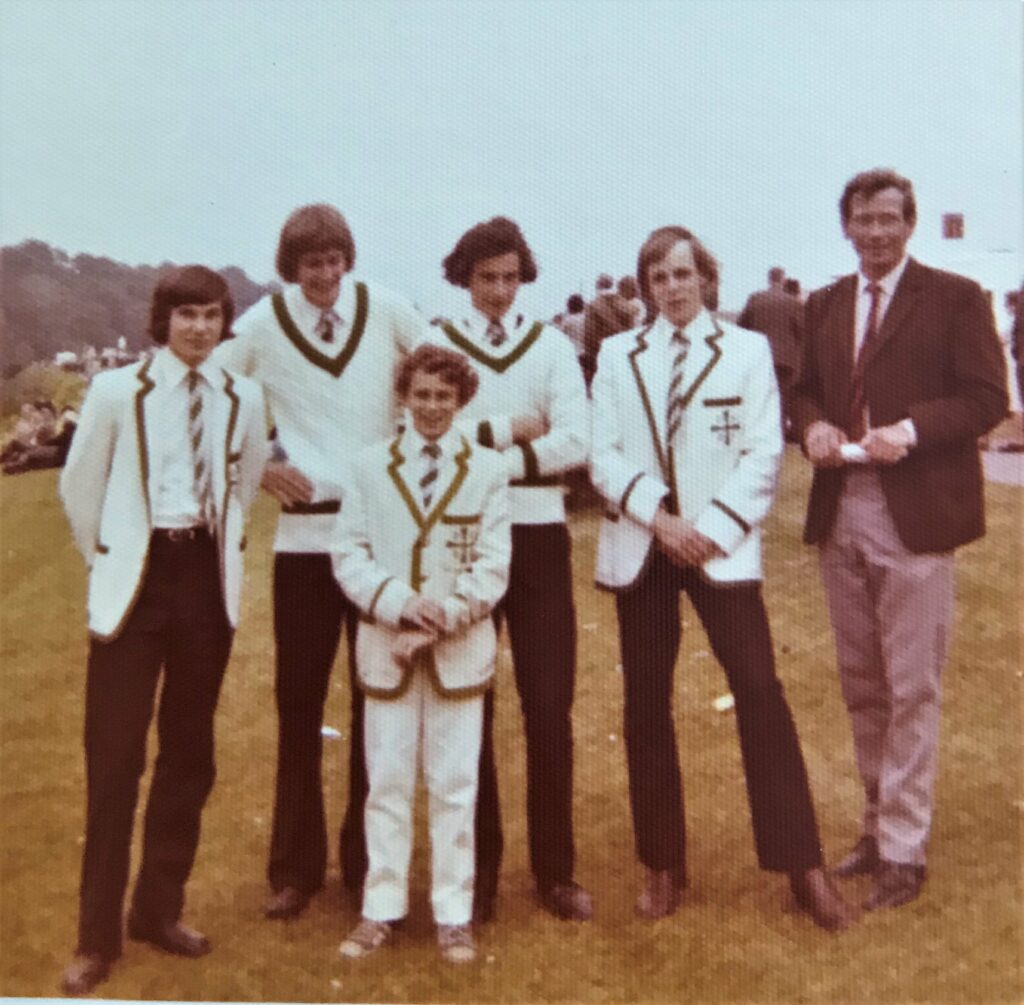 John Everett has kindly provided the above photo of Clive with the Durham School First Four in 1974.

Recognised as a fine oarsman Clive represented Durham ARC with distinction as a veteran in fours and eights. Success came initially in 1974 when he joined Bill Parker, Geoff Graham, Chris Kenyon and cox Sue Kenyon in the coxed four, gaining the Club’s first successes in the newly introduced Veteran category, winning at York, Durham, Nottingham and Tyne Regattas. This was the first year in which the rules allowed a woman to cox a men’s crew. Clive recorded his first sculling success at Ebchester Regatta the same year.

The Durham Regatta success was repeated in 1975 and 1976, the same crew being coxed on both occasions by Mike Wardman.

Pennants for the Fastest Eight in the Boston Marathon also came in 1975 and 1976, and a successful career on the regatta circuit continued over the following three decades. 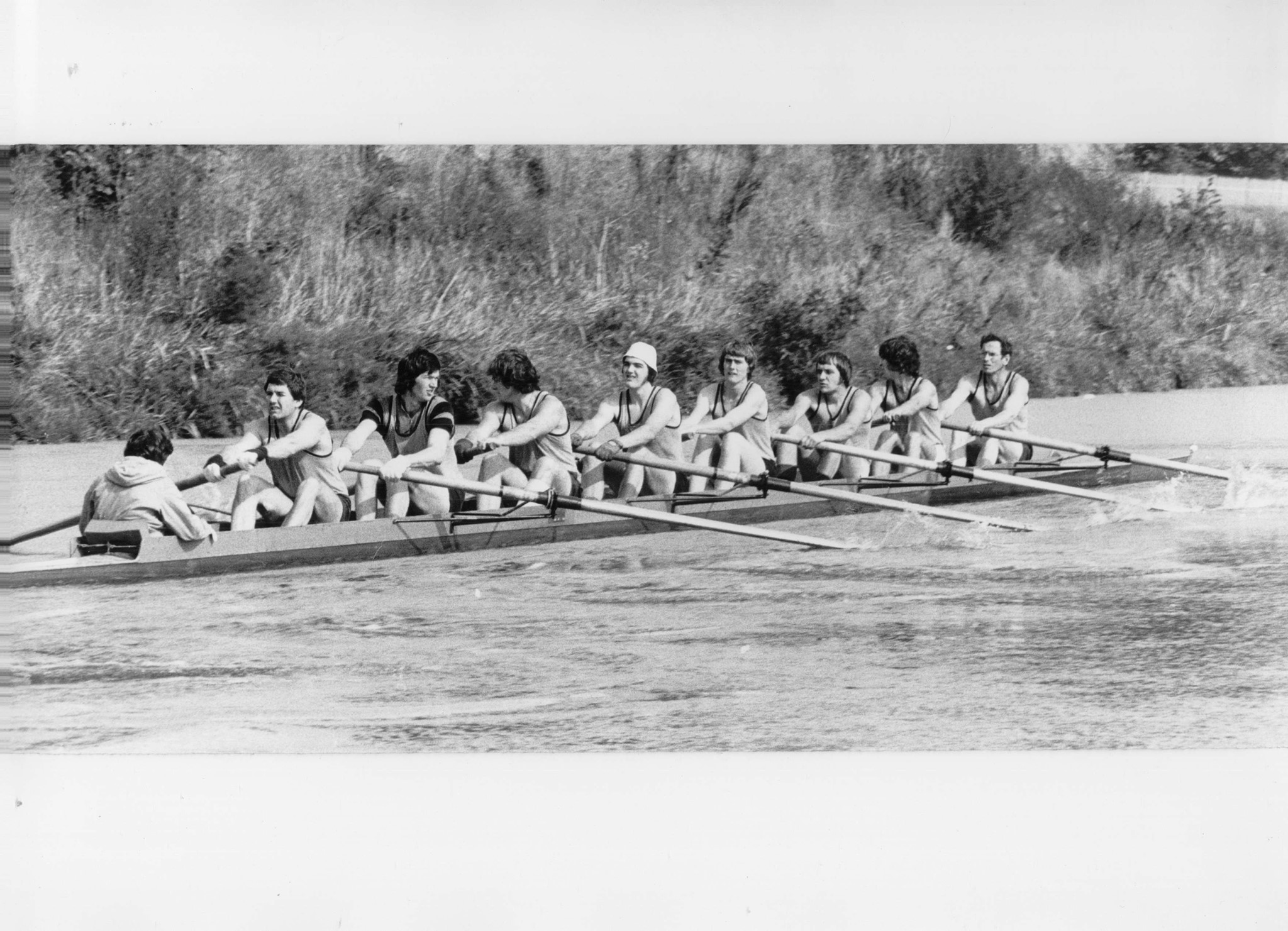 The above photograph provided by John Watkinson shows the 1976 pennant winning eight.

His engagement with the rowing community was wholehearted and multifaceted and he left happy memories with everyone he met. Members recall social events he used to organise at the Boat House and on the Prince Bishop when he lived at the Boat House prior to the development of the new shopping centre in 2000. He was also a director of Brown’s Boats and was instrumental in bringing the Prince Bishop River Cruiser to the River Wear in 1989.

A true stalwart of the club he guided countless crews and coaches over the years, and his knowledge and experience was hugely respected by all who knew him. Although his coaching approach was sometimes unorthodox he was always happy to pass on his wisdom to anyone and everyone, and he particularly enjoyed coaching newcomers to the sport. He had a talent for finding innovative and amusing ways to tell you what you were doing wrong. Some of his observations required a little imagination. Nobody ever did find out what he meant by ‘rowing like a Christmas Tree’!

He was always available to help out any crew in need of a cox, often with little opportunity for reward. He was very proud to record a double success in 2019 coxing the Masters four to victories at Tees and Wansbeck Small Boats Heads. 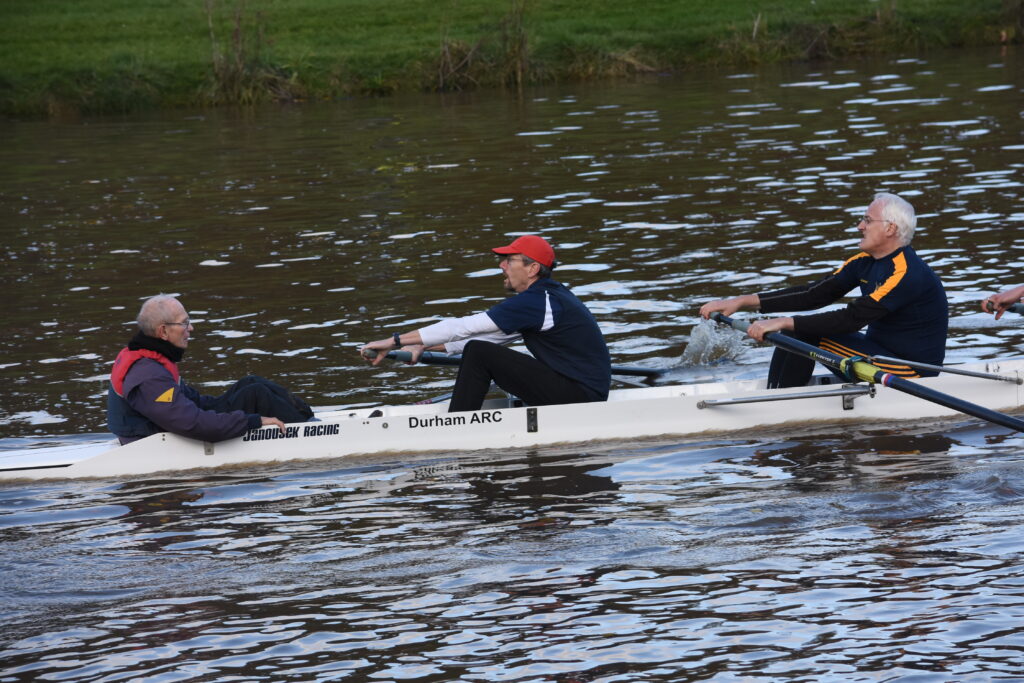 The lure of the Boston Marathon remained strong into his seventies and in 2012 Clive took part in the last of his numerous ventures in a single scull, becoming the oldest competitor that year to complete the course.

Still unable to resist a challenge he returned once again to Ebchester Regatta in 2019 in an attempt to defend his single sculling title after an interlude of 45 years. 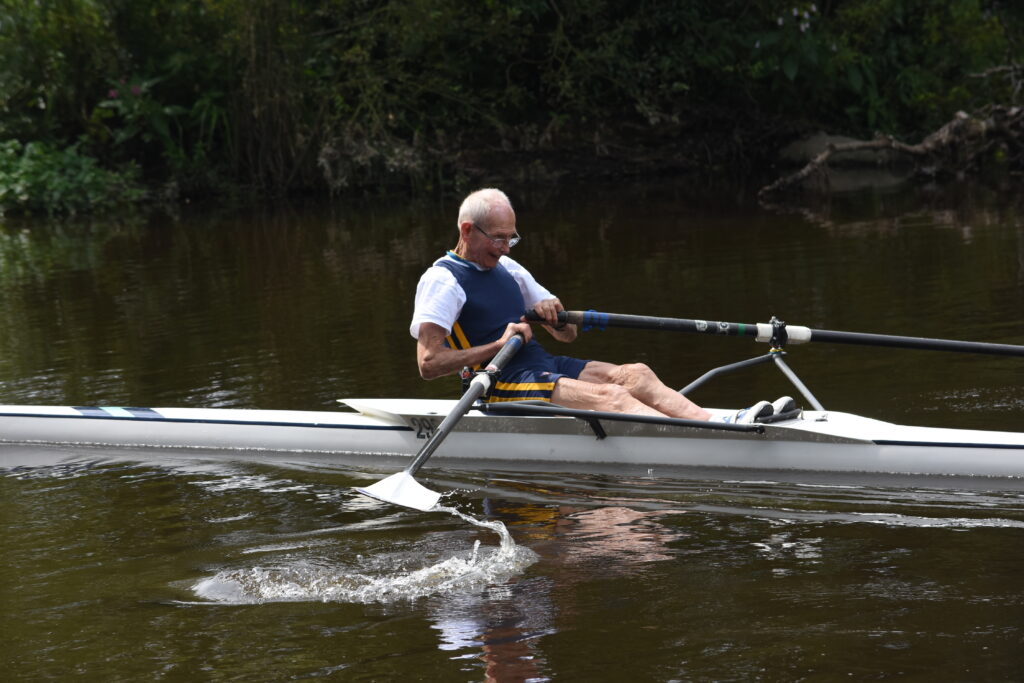 His knowledge of the river in Durham was legendary, as was his ability to assess weather and water conditions anywhere. Before any head race he would produce a sketch map of the river charting the optimum course to aid participating crews.

He was in his element at the annual Allcomers Regatta where he would take on a team who had never rowed before and regularly turn them into a winning combination within weeks. Boat Race day provided another opportunity for Clive to raise funds for the club by organising a sweepstake in which he had an uncanny ability to predict the winning crew and their finishing time. 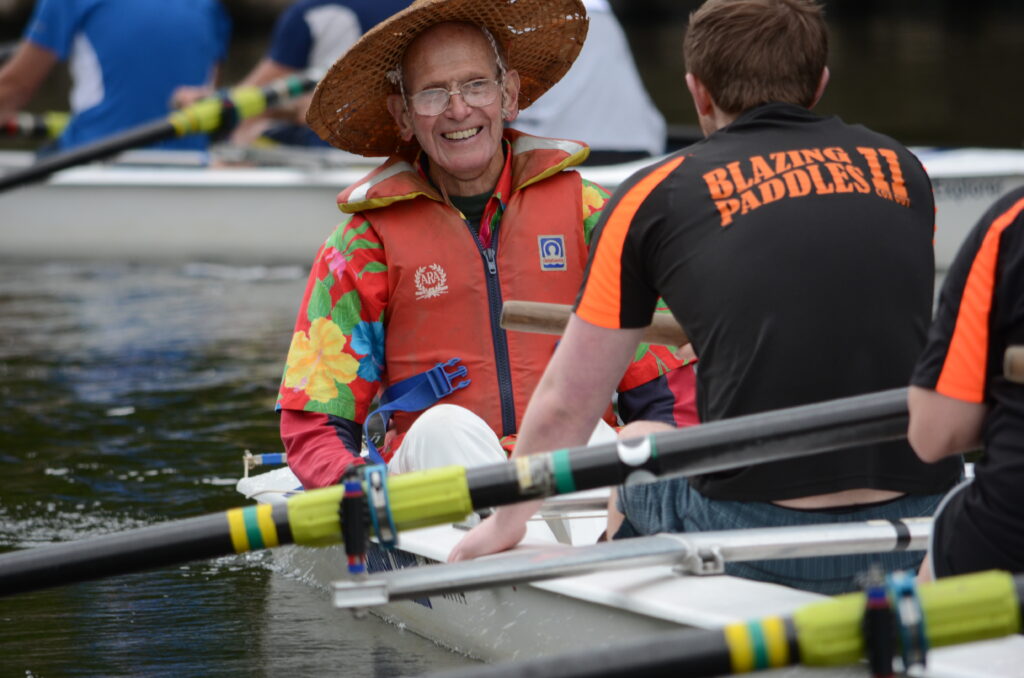 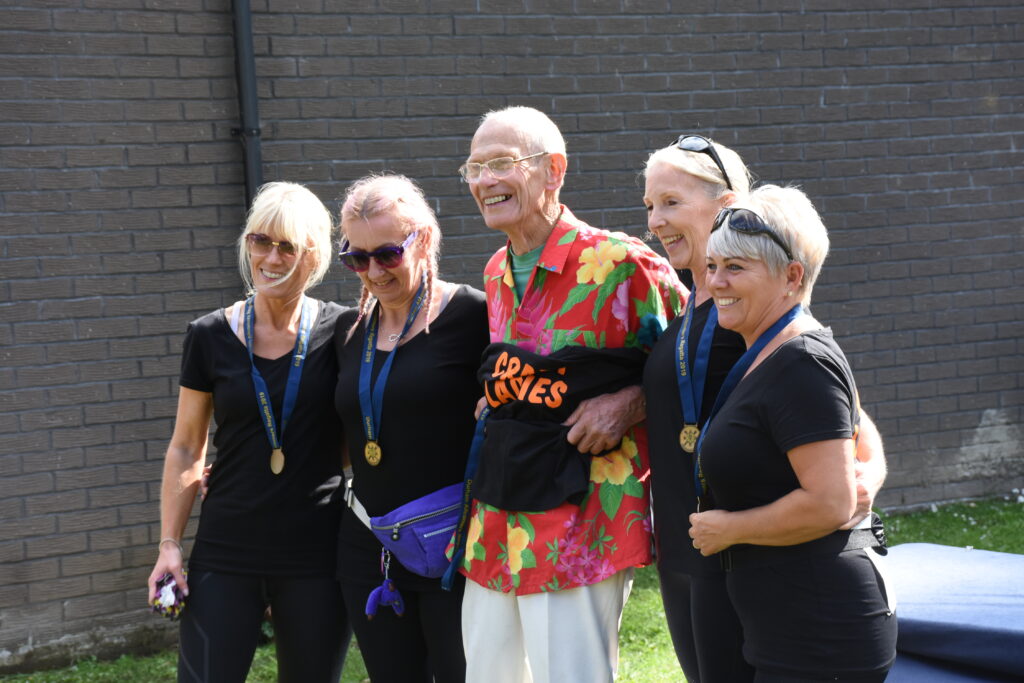 He was an experienced sailor and mountaineer but despite his love of travel was seldom away from the river for long. He had a long association with Durham Regatta, and if not on a bike or in a rowing boat could be found ‘gardening’ – keeping invasive species under control in Pelaw Wood and along the riverbanks – an activity he enjoyed combining with coaching – or at the helm of the dragonboat with the 3 River Serpents, whom he accompanied to competitions in China, India, South Africa and Canada.

The boathouse at the Old Coalyard is another legacy for which many oarsmen and oarswomen in Durham owe him a debt of gratitude for making boat storage space available. It provided a temporary home for the DARC fleet while the club was awaiting the opening of its own boathouse extension in 2007. The plan to open a museum there was one venture that didn’t come to fruition, although several boats were successfully restored at Clive’s boathouse and he has provided the River & Rowing Museum at Henley with a number of boats. The story of the renovation of a sculling boat rescued from the scrapheap by Roger Bean, which was undertaken with Clive’s help, and now has pride of place in the R&R Museum, has been well documented in articles (1), (2) and (3) by Hear the Boat Sing.

Clive’s nephew, Simon Thomson, has collected memories from friends and family which can be viewed at the Life and Times of Clive Hole website.

Clive was a unique character who left so many memories with so many people. Friends and members past and present have added photos and memories on the Durham ARC facebook page  and I have taken the liberty of adding some images from more recent years below 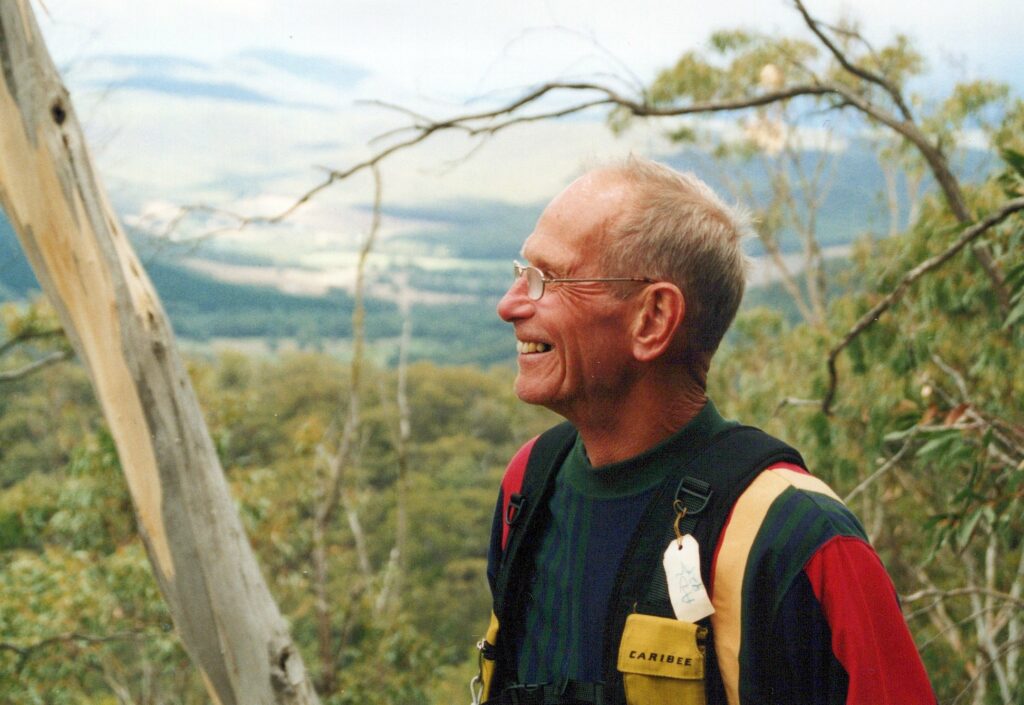 Mountaineering in Australia in 2004 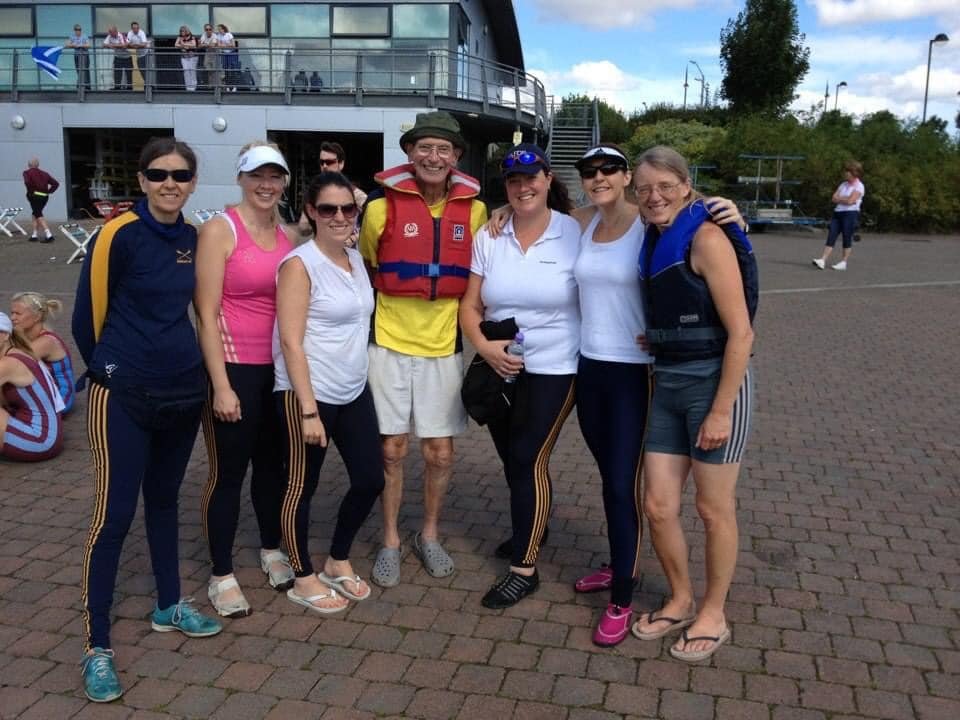 With the Dippers at Tees 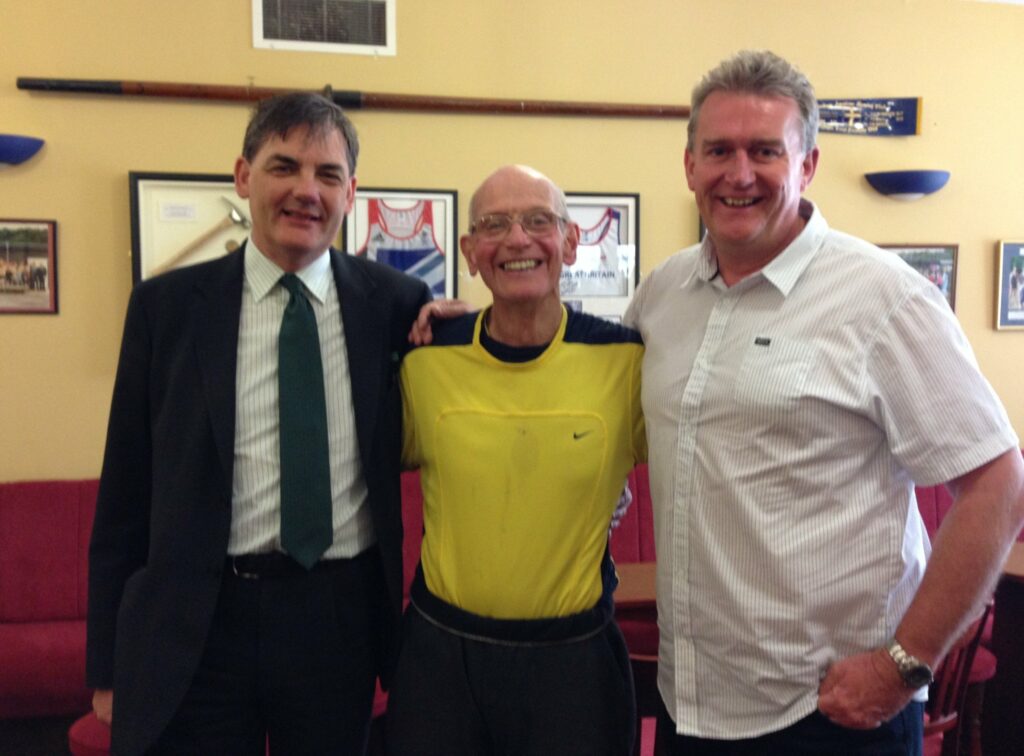 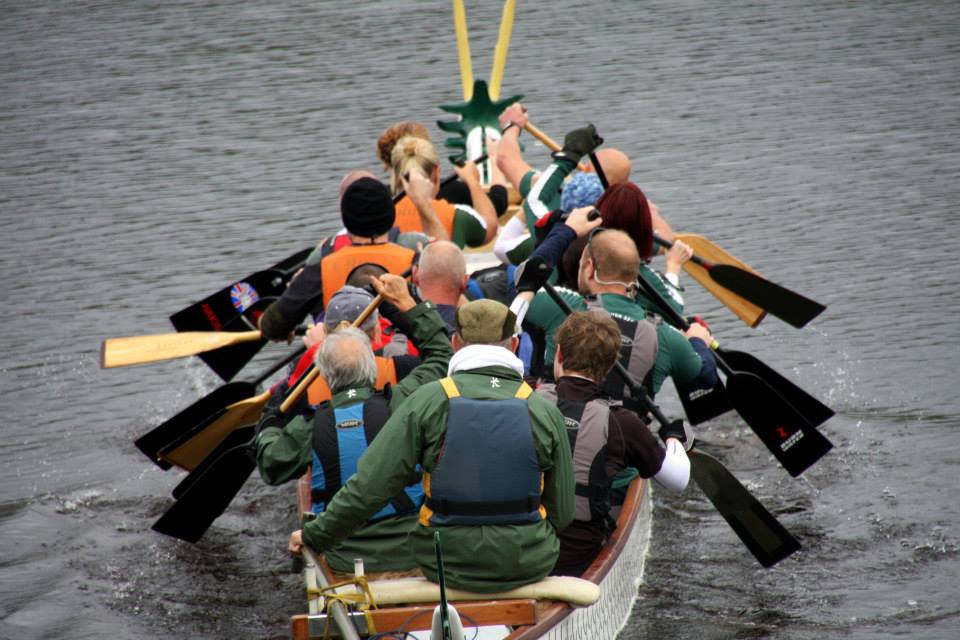 Steering the Serpents at the Great Tyne Row 2014 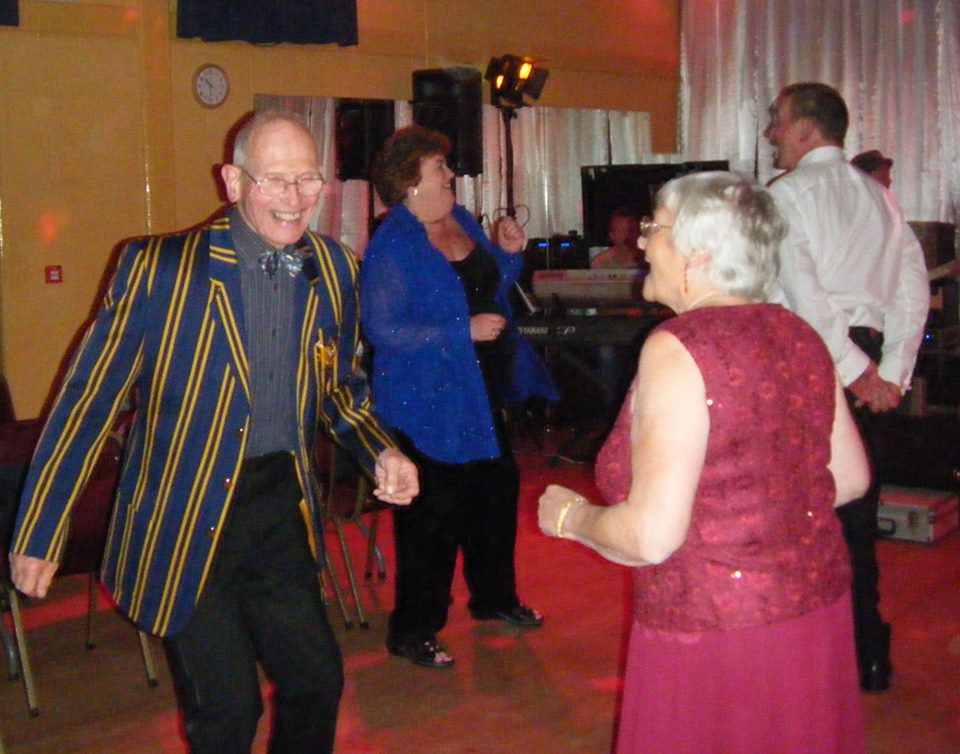 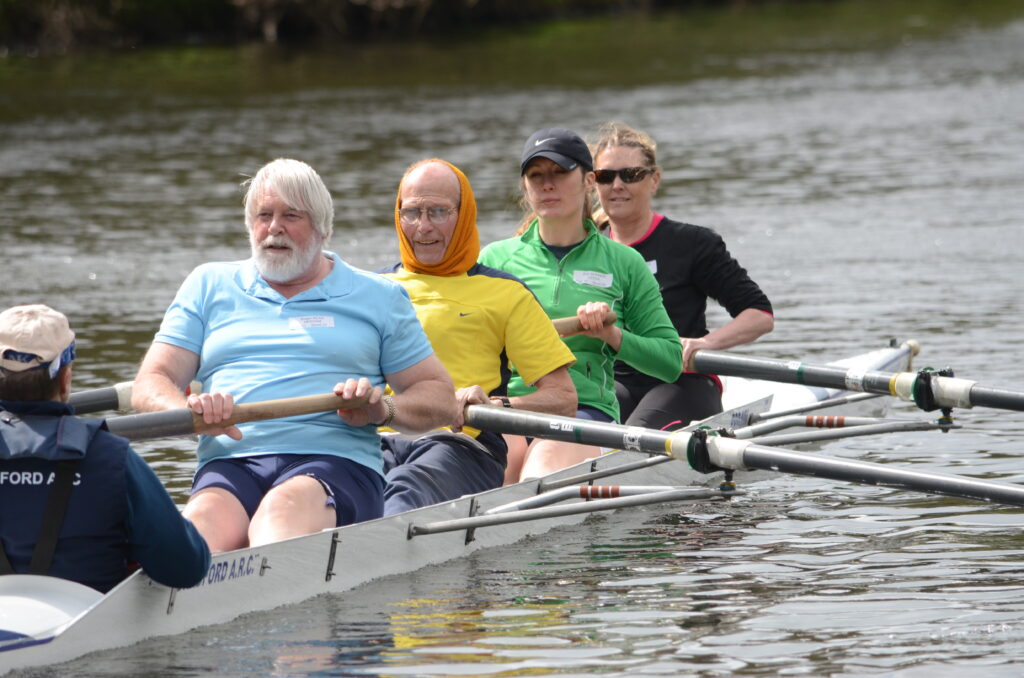 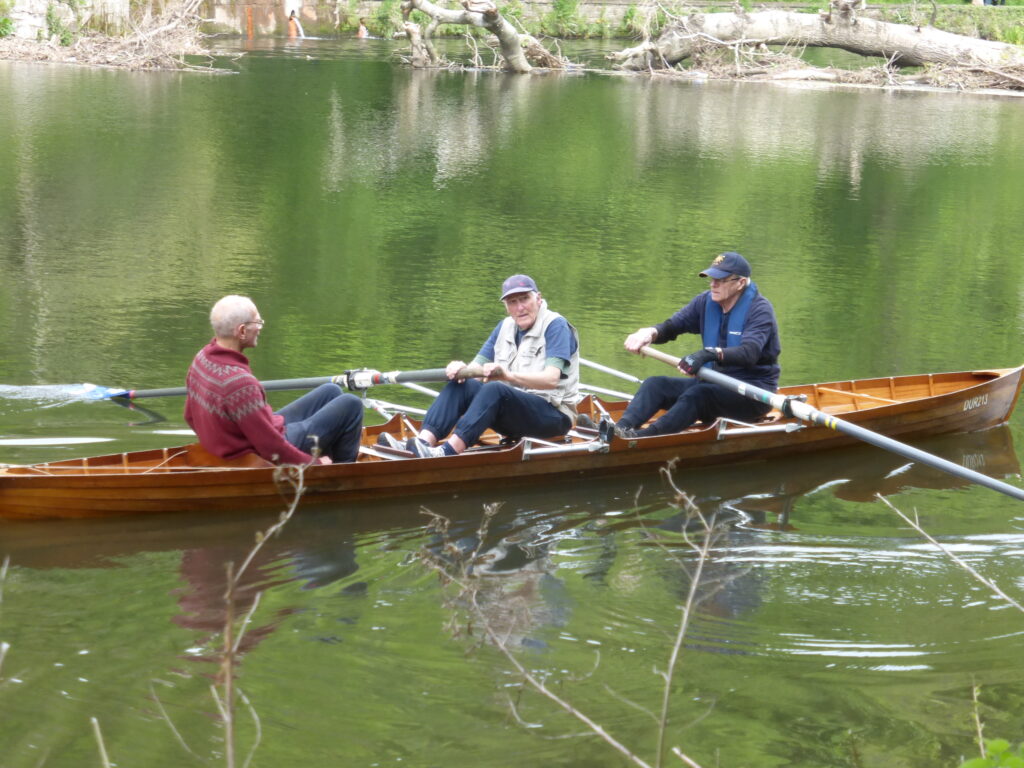 Log clearance duties with Joe Bray and Stewart Allan in 2015 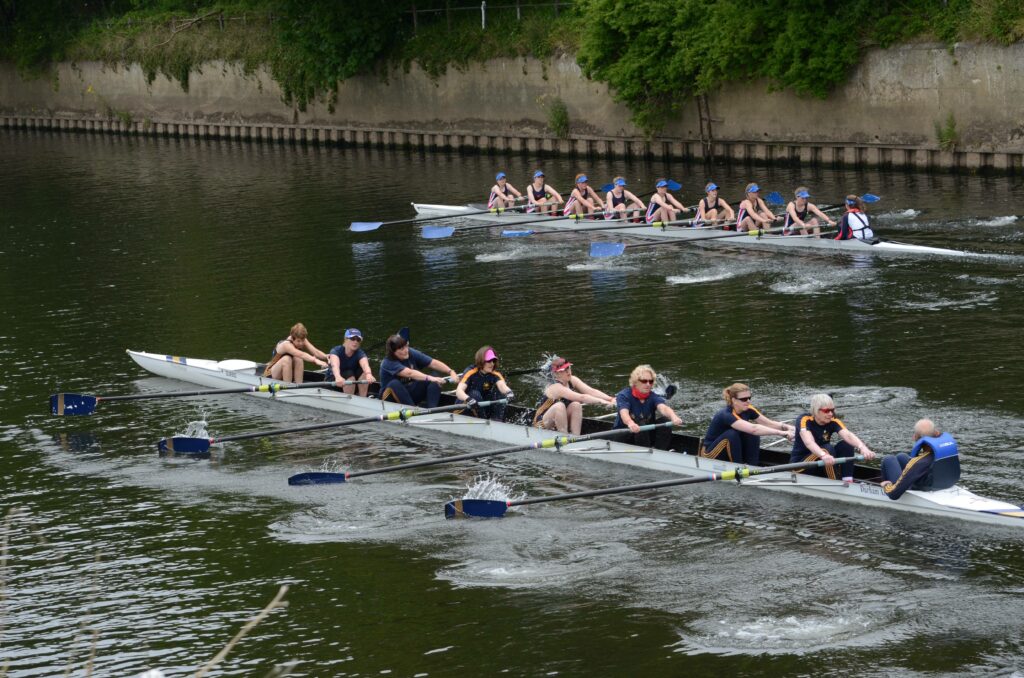 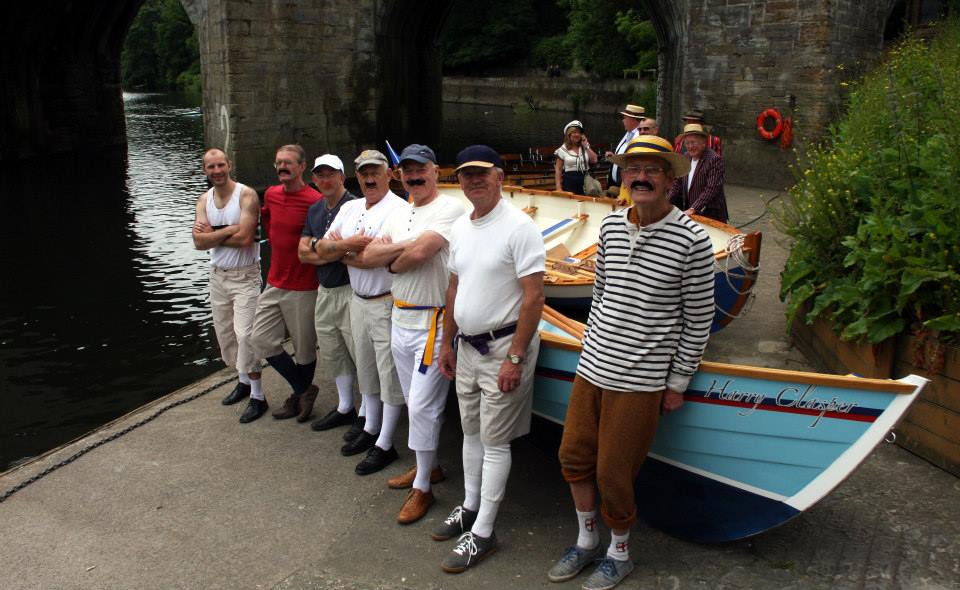 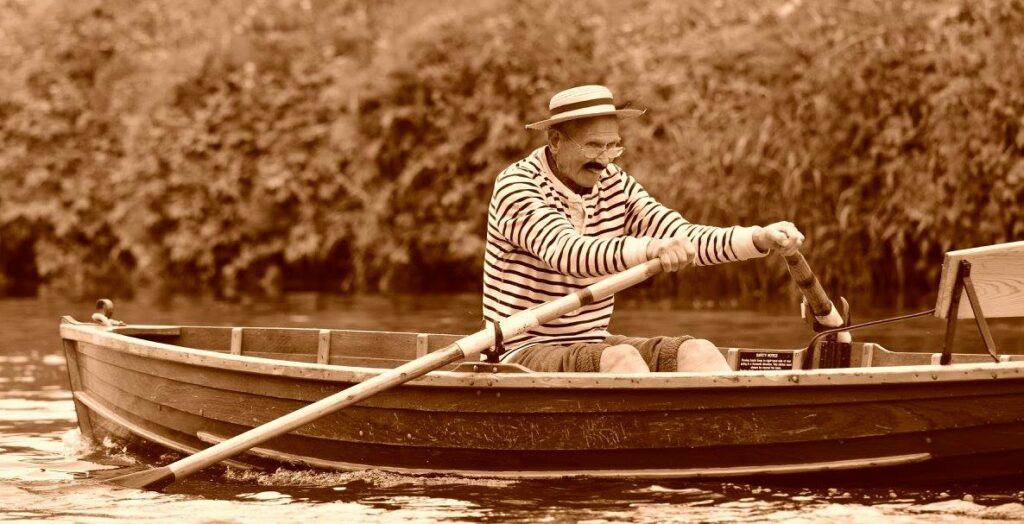 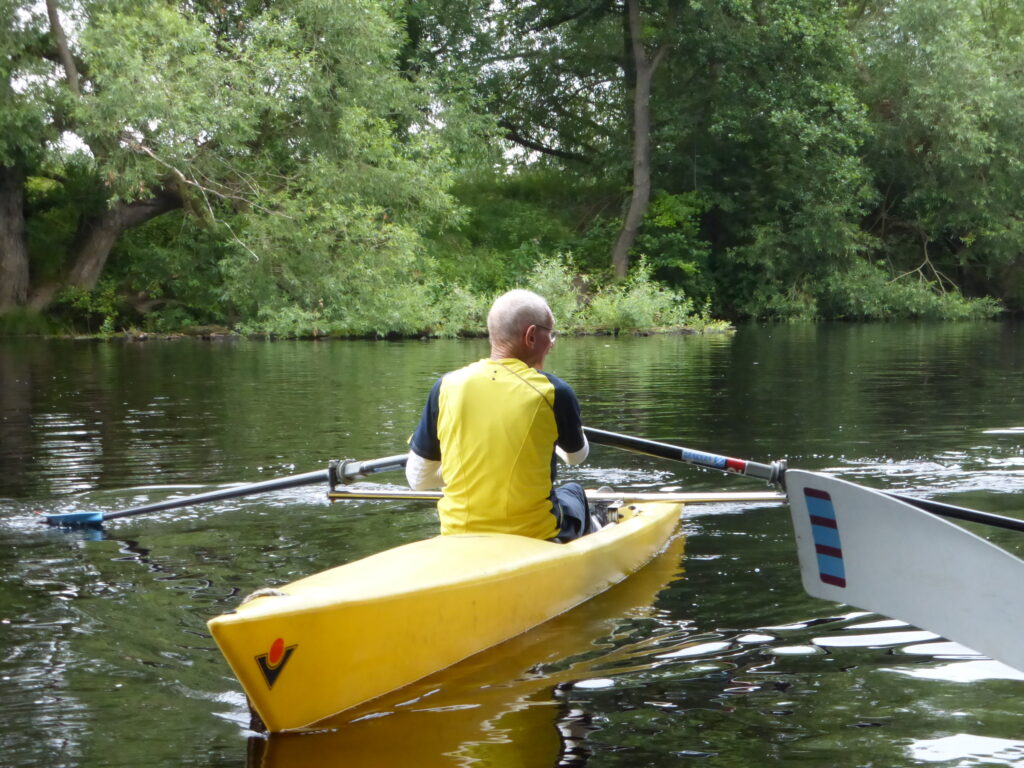 Taking the virus to Yarm in 2015 (operation sheep rescue about to get underway!) 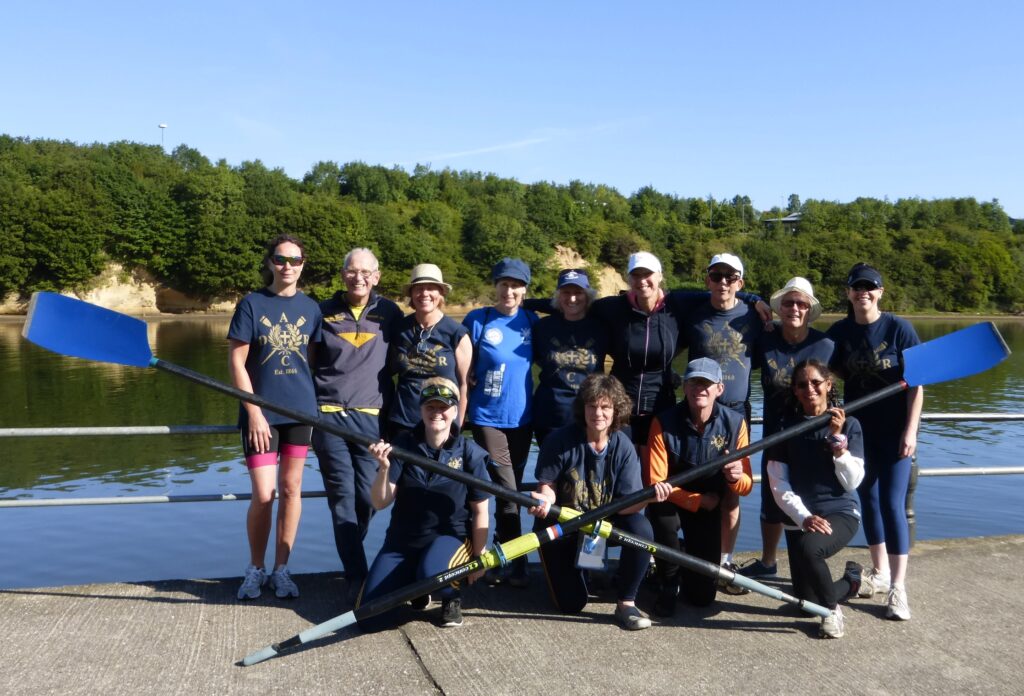 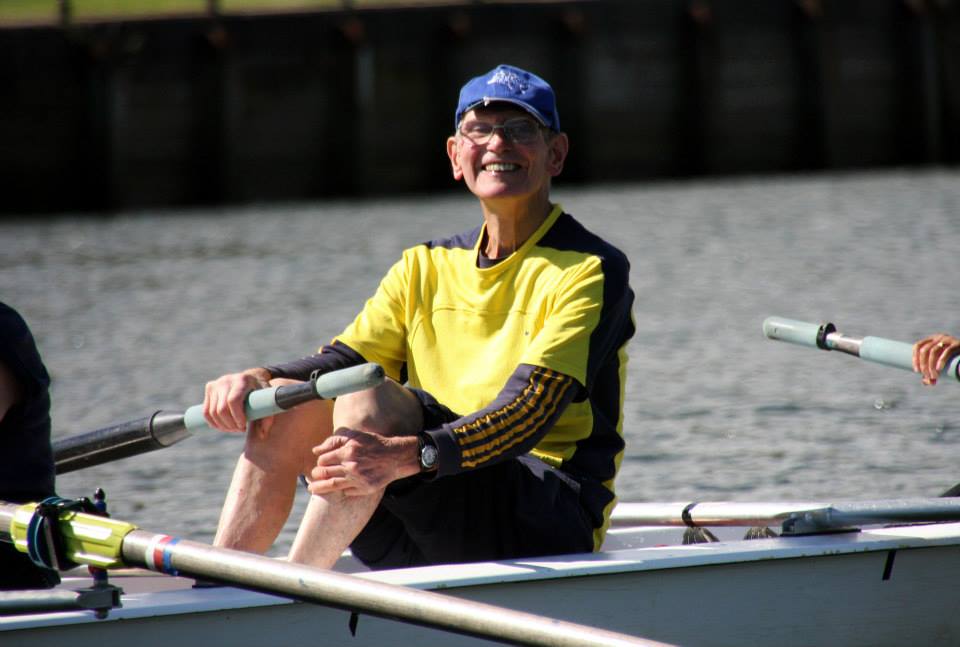 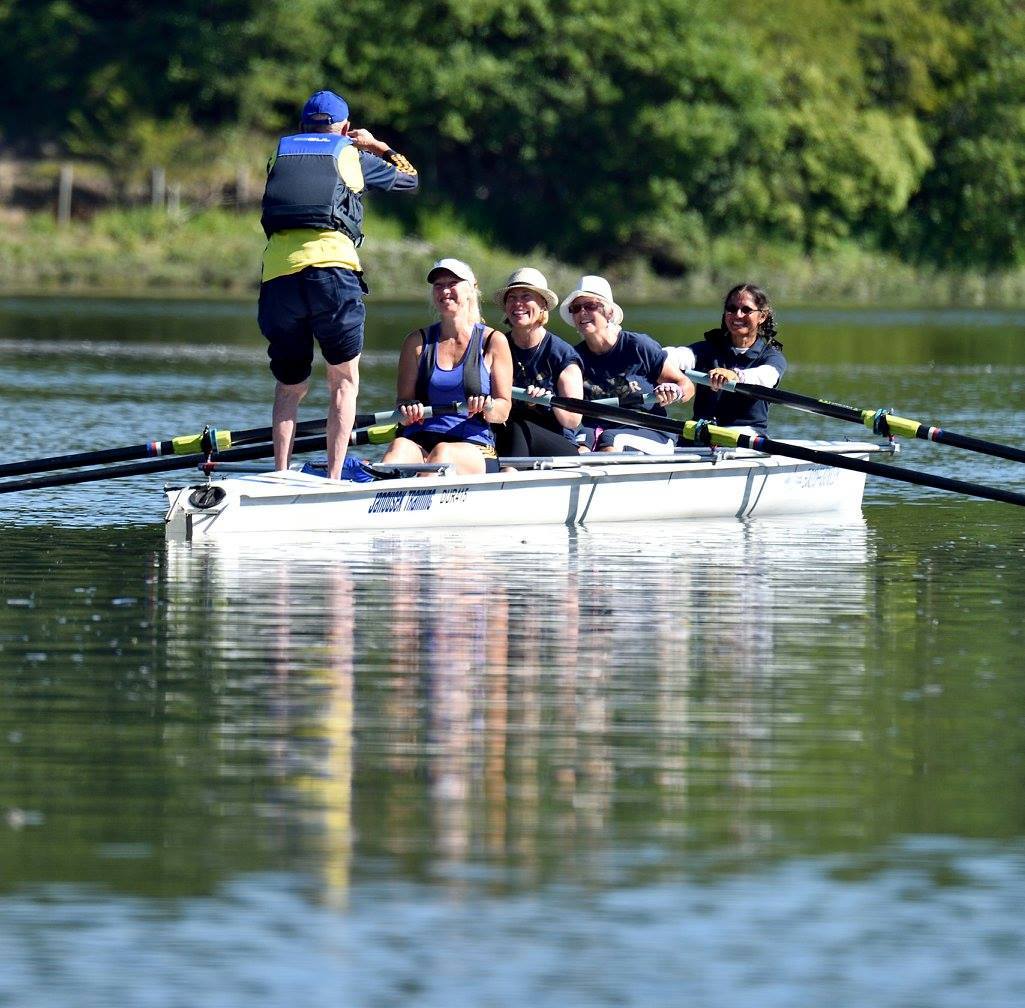 Clive standing up for the Wear Tour in 2015 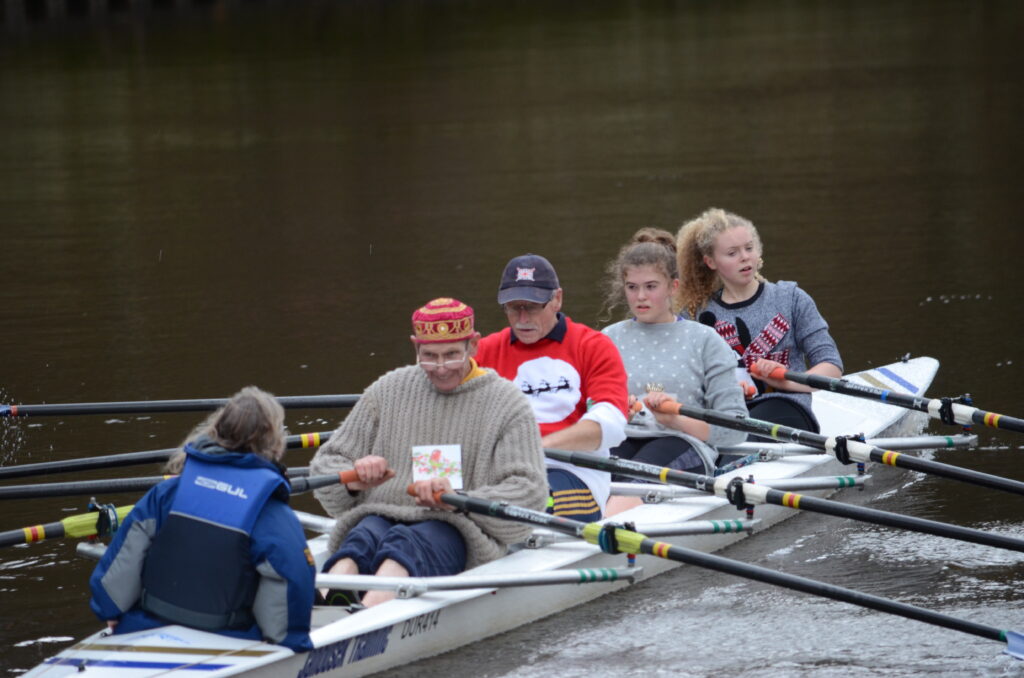 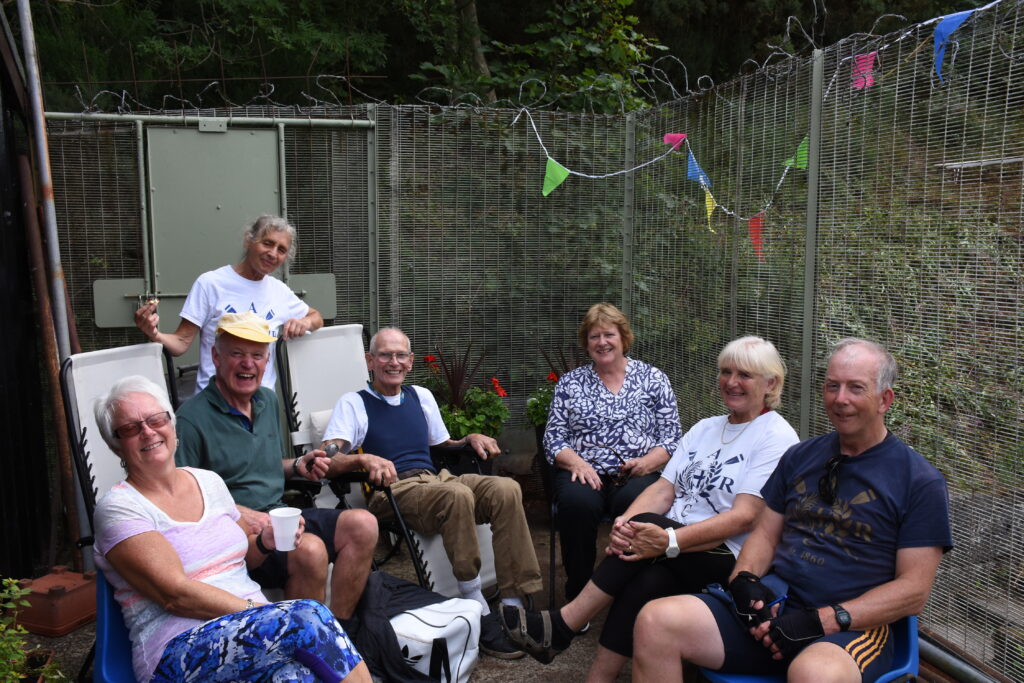 On the balcony at Ebchester Regatta in 2019

Grateful thanks to the the photographers who include John Watkinson, John Everett, Gabrielle Moore, James Andrews, Roger Bean, Colin Lawson and Al Johnston, with apologies to anyone I’ve missed.

Rowing has lost a true legend whose loss will be irreplaceable.

Our thoughts are with his wife Rita and the family. 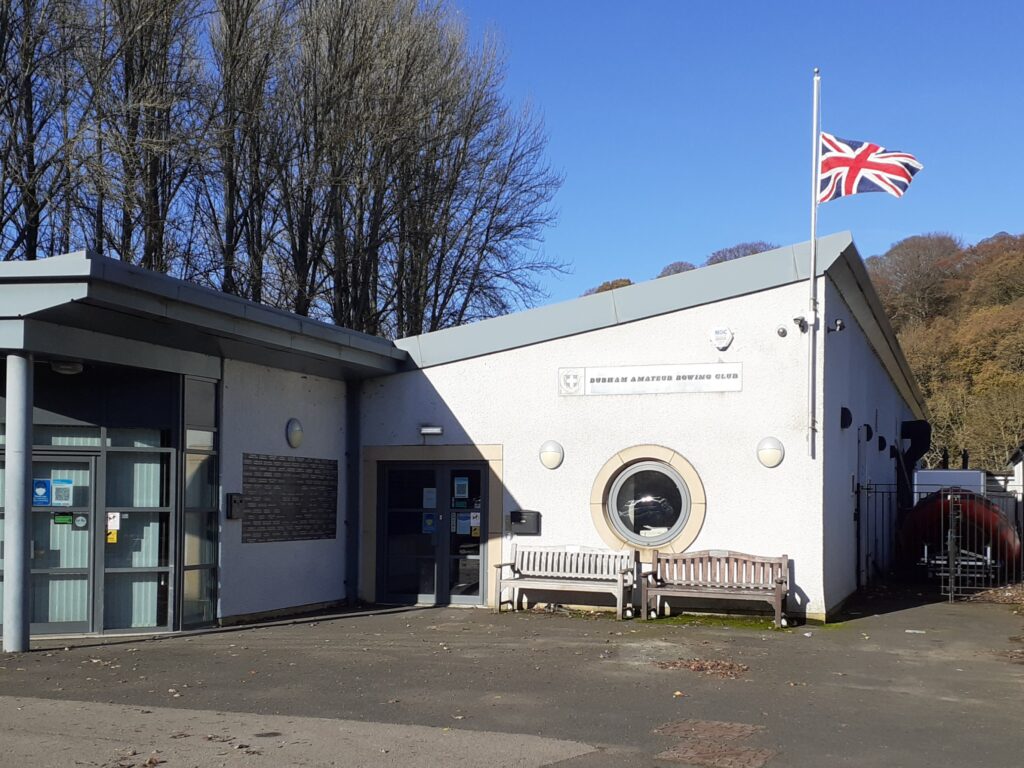