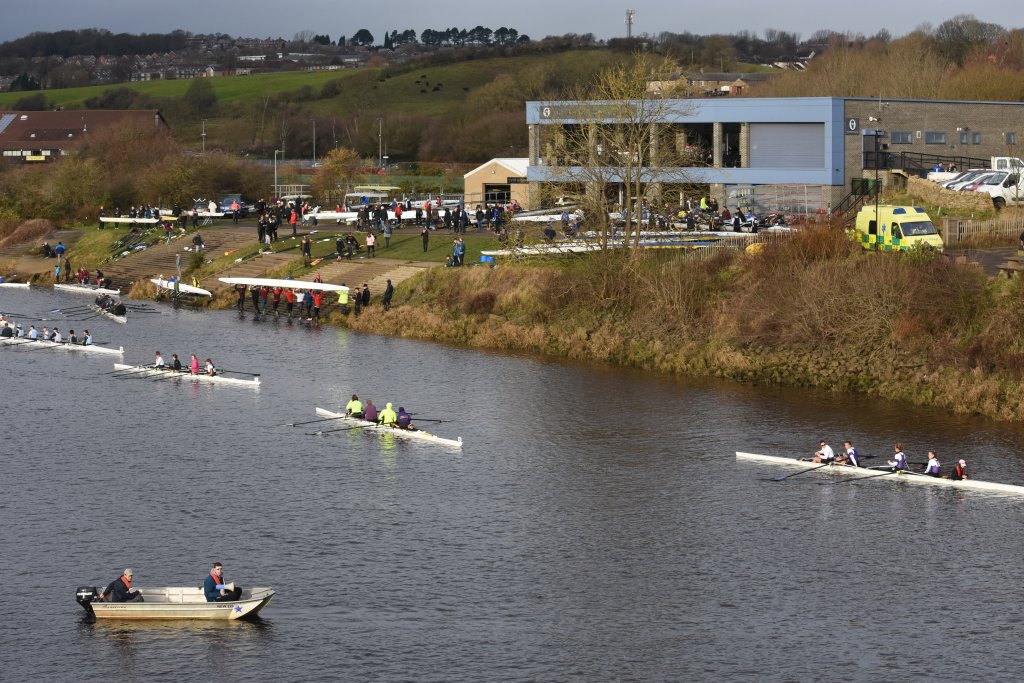 A large entry of 264 enjoyed some unusually good conditions for Rutherford Head on Saturday December 7th with a breeze in the afternoon providing the only real difficulty.

Organised by Tyne ARC the head is the northern region’s premier race for large boats in the winter season and attracts some of the best rowers from clubs, schools and academic institutions around the country. Saturday was also a busy day for other competitions elsewhere, with around 500 taking part in the Scullers Head on the Tideway, and the British Rowing Indoor Championships also in London attracted over 2300 entries. 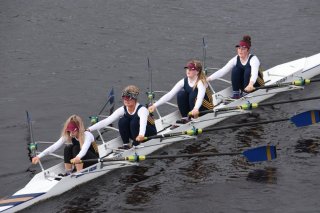 Such was the demand for places at Rutherford Head that for the second year running entries were suspended when capacity was reached barely 2 hours after opening at 6pm on November 10th with many joining a waiting list in hope of withdrawals. 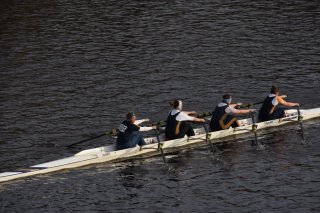 Competitors came from far flung corners including Aberdeen, London, Canterbury, Manchester, Nottingham, York, Leeds, Glasgow and Edinburgh, as well as from local clubs and Universities to race in 2 divisions over the 4.5km Championship course between Scotswood Bridge and Newburn. Excellent planning and organisation enabled all crews to go afloat on time and return to one of the 3 allocated boating location at Tyne ARC, Tyne United RC and Newcastle University BC before December darkness descended. 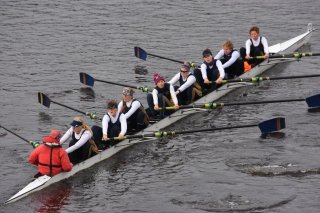 The size of entry, including over 100 eights, enabled British Rowing’s competition structure to be put into effective use with some events seeing competitors allocated to up to 5 bands according to ranking points. 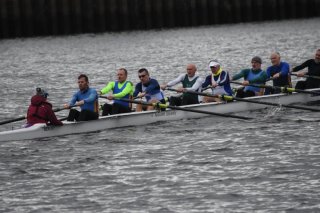 The University of London provided the fastest open eights of the day, the open 8+ taking victory in division 1 in 14m 16.8s, and the fastest women’s eight completing division 2 in 16m 29.3s, each holding off rivals from Newcastle and Durham Universities and Tideway Scullers School. 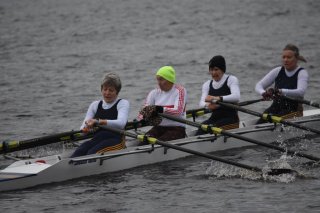 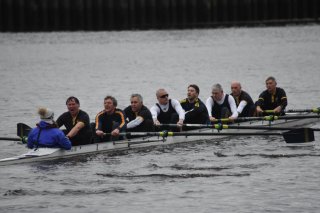 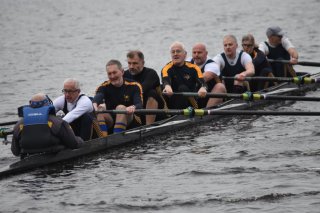 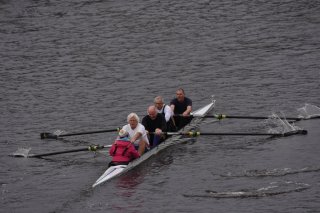 Also in division 1 the DARC/Blue Star MasF coxed four was 2nd to St Neots in the MasDF 4+, the Women’s Masters E eight was 3rd in the WMasCDE 8+, and the MasD coxless quad was 4th in the MasADEF 4x-. 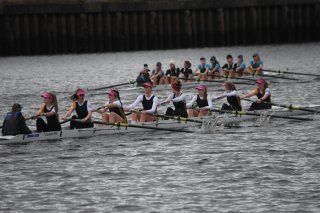 In division 2 the Junior girls competed in band 4 of the senior Women’s eight and finished 2nd to Hatfield College. The senior men were 3rd in band 3 of the Open 4x-, and the DARC/Yarm School composite were 2nd in band 2 of the J18 4x-. 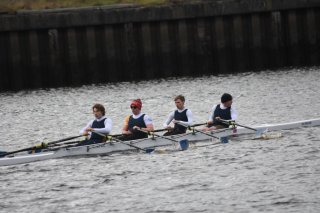 Masters events were subdivided into a MasDE 8+ and a MasDEF 8+, and Women’s Masters events into a WMasCFD 4x- and a WMasCDEF 4x-, with DARC having involvement in all. As well as the composite wins in the MasDE 8+ and WMasCFD 4x- David Oliver’s DARC Masters E eight was 2nd and the DARC Masters D eight stroked by Stephen Kay was 3rd in the MasDEF 8+ competition, and the Women’s Masters C coxless quad stroked by Carole McCarthy was 3rd in the WMasCDEF 4x-. 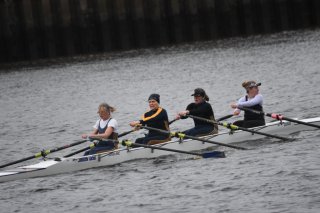 Full results of division 1 and division 2 can be downloaded from the Tyne ARC website. 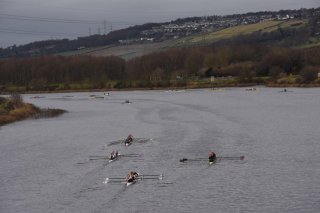 With the repeated issue of oversubscribed entries Tyne ARC are considering how to respond to calls for a 2-day Rutherford Head next year. Would this dilute the traditional one-day Rutherford, fought out in just one day, whatever the weather? Views are welcome by email to entries@tynearc.com

After a year away the BUCS Head of the River Race returns to the Tyne in 2020 and will be raced on the same course over the weekend of February 22nd and 23rd, a week after Tyne Head, and the week before the Yorkshire Head.