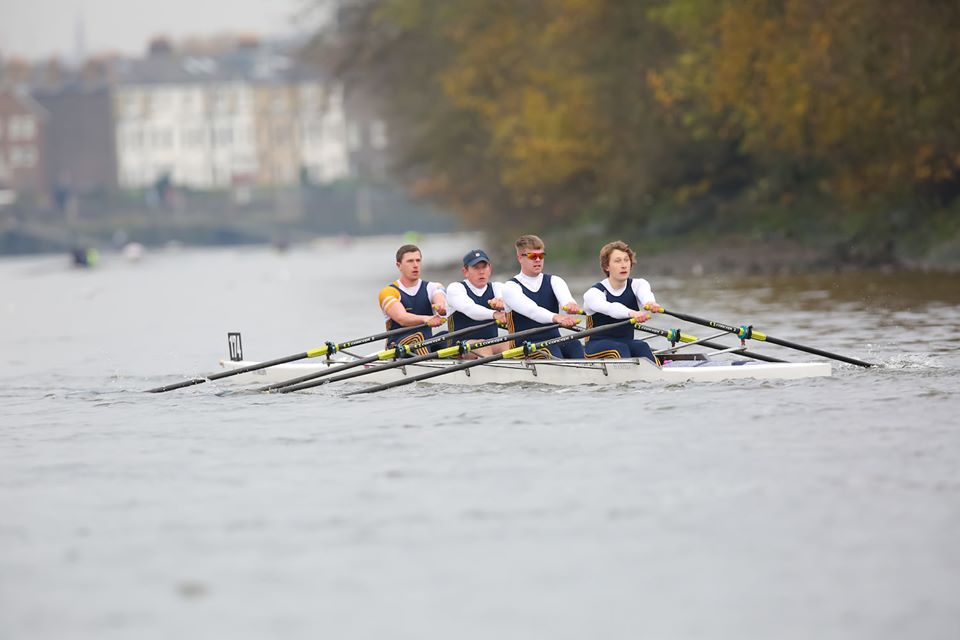 DARC was well represented at the Tideway Fours heads last weekend, with men’s and women’s quads in the Fuller’s Head of the River Fours (HoR 4s) on Saturday November 23rd and a women’s masters quad in the Veteran Fours Head (Vet 4s) on Sunday 24th. But for the untimely intervention of the weather there would have been more.

Both competitions are rowed on the Championship course, the HoR 4s over 6.8km downstream between Mortlake and Putney, while the Vet 4s is rowed upstream on the flood tide over a shorter course between the Mile Post and Chiswick Staithe.

Attracting crews of international calibre the HoR 4s aspires to be the pre-eminent head race for fours and quads and is capped at a maximum entry of 480 for reasons of safety. The Vet 4s was able to accept 215 entries this year.

The race committee of the HoR 4s was taken by surprise when capacity was reached 15 days after opening on September 30th and entries were suspended, with DARC having a remarkable 5 crews in the start order including the senior men’s, two senior women’s and 2 junior girls’ quads. Last year’s winners Leander was one of the clubs to miss out after failing to submit their entries in time. Vet 4s entries filled up soon afterwards.

Difficulties started when a warning about the likely conditions was issued a week before race day, following heavy rainfall in the Thames Valley. With a strong stream forecast and the Port of London Authority issuing a Yellow Flag warning of strong fluvial flows, clubs were given the option to withdraw any crews for whom the conditions might not provide a positive racing experience. This initially reduced the field by 40 but two days before the race the committee considered it necessary to reduce numbers by a further 60 in order to provide sufficient space to allow for safe marshalling under the prevailing conditions.

The cull was made according to crew ranking points, leaving the two DARC J16 girls crews and one of the senior women’s disappointed and forced to scratch.

Conditions improved slightly with the PLA flying a Green flag the day before the race but remained challenging. 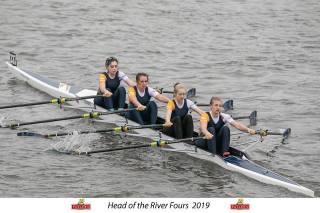 The performance of the weekend from DARC came in the Veteran Fours Head on Sunday when Gill Prescott and Helen McMillan in the composite coxless quad with Jackie Darling of Barnes Bridge Ladies and Birgith Sims of Kingston RC, overcame Tideway Scullers, Walbrook, MAA/Twickenham and Lea RC to win the Women’s Masters F 4x- for the third year in succession by over a minute, finishing 125th overall in 22m 11.8s (photo from Ben Rodford Photography here). Vets 4s results are here. 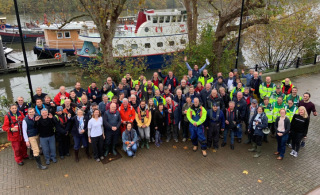 We are grateful to our trailer drivers and to the clubs on the Thames for hosting our crews and to the army of volunteers, launch drivers, marshals, umpires and timekeepers for keeping everyone safe and without whom the events could not take place.

The weather has not been kind recently. York Small Boats Head was cancelled last week and the issue of river dredging has once again been raised following devastating floods in South Yorkshire earlier in November. We look forward to better conditions for Rutherford Head on the River Tyne on December 7th.