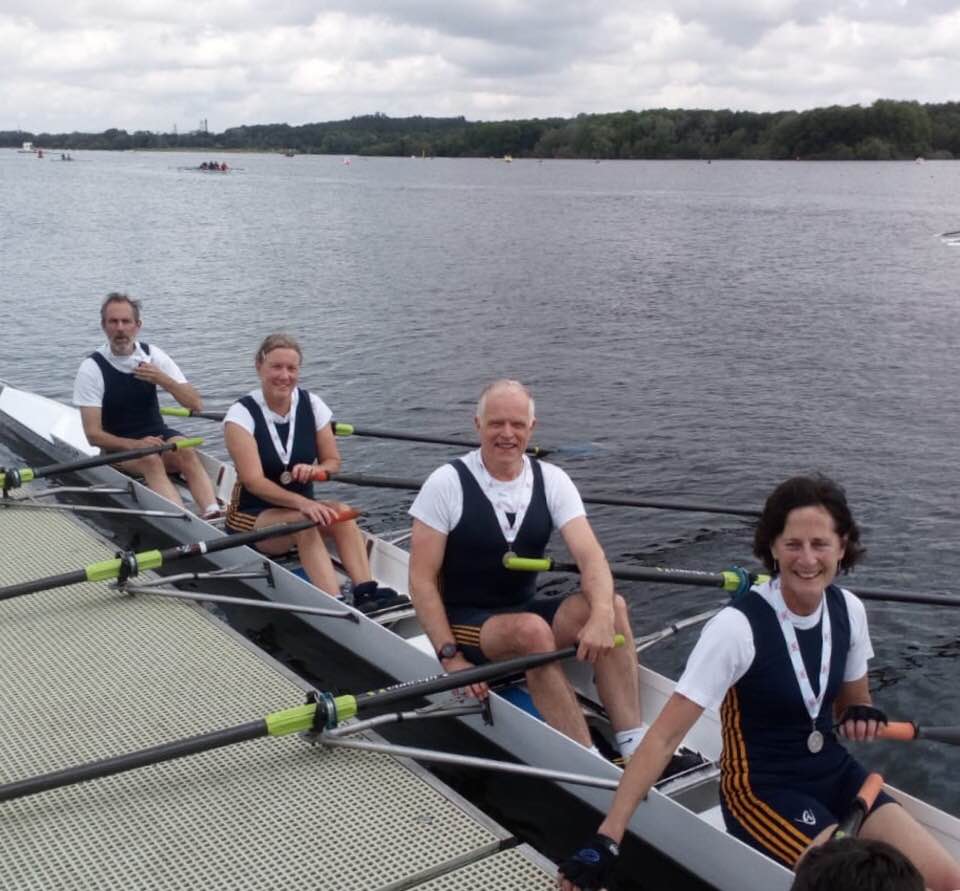 Durham ARC had 22 crews among the 444 from 81 clubs across the UK entered for the British Rowing Masters Championships on June 15th and 16th. The venue at Strathclyde Park was a departure from the usual Nottingham and although conditions were variable the Scottish welcome certainly met with the approval of competitors who attended, though numbers were down on recent years, perhaps because of some being deterred by the long journey north and favouring other competitions further south.

DARC returned with 2 gold, 3 silver and 1 bronze medal over the two days, most success coming on Saturday in the championship sculling events.

The first gold on Saturday came in the Women’s Masters F 2x for Gill Prescott and Eva Rankin (of Loch Lomond RC) who repeated their success at the same event last year. The pair were then joined by DARC’s Helen McMillan and an X-Press composite to take a silver medal in the Women’s MasD/E 4x-. Two other DARC crews were in the same final, the WMasD 4x- of Susan Jackson, Aisling Dutton, Gabrielle Moore and Clare Woodward (below) taking 3rd place and a bronze medal, while the WMasE quad of Nicola Field, June Davison, Vickie Jackson and Julie Kitson finished 7th.

The most exciting race of the day came in the Masters G/H handicap coxless quad which produced a dead heat between the DARC MasG crew of David Walker, Paul Rutter, John Appleby and John Watkinson who overhauled the handicap to dead heat for second place against their old adversaries (Tony Stocking, Ralph Pickles, Bob Bainbridge and Chris Kenyon) in the Tees RC MasH quad, both finishing 4 seconds adrift of a Dart Totnes, Exeter and Upper Thames composite. The DARC and Tees crews were both awarded silver medals.

Sweep-oar events also got underway on Sunday with a 4th place finish for the DARC/Blue Star MasG 4+ and a 5th for the MasF 4+.

The Women’s Masters E 8+ finished 4th in the final of the WMasE/F 8+ handicap. 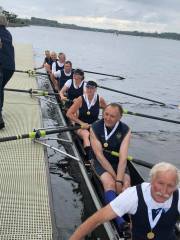 There were other good performances in non-championship races but without further medal success.

Full results for both days can be found on the Rowresuts website.

The top 3 places in the overall Victor Ludorum went to –