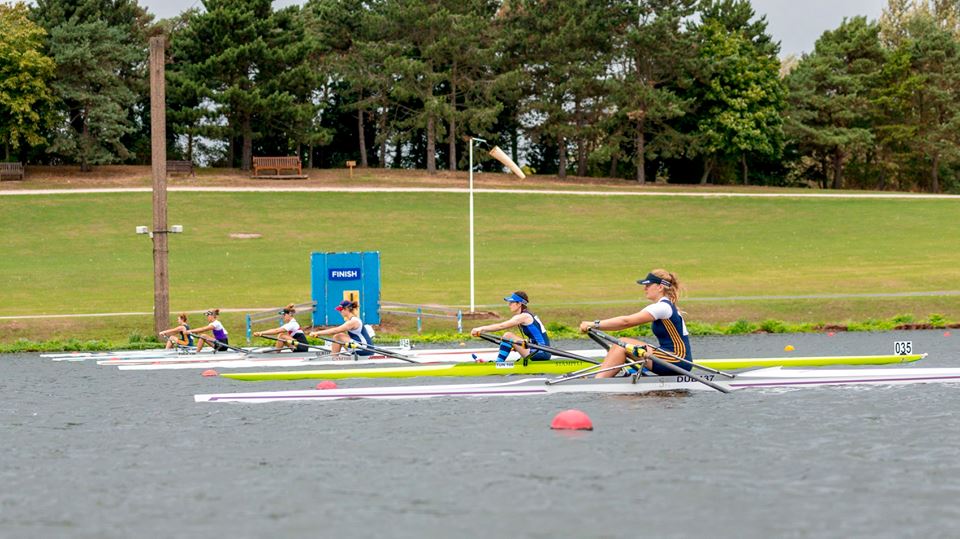 Durham ARC had three entries in the 2018 British Rowing Sculling Festival which took place in sometimes challenging conditions at Nottingham over the weekend of August 18th and 19th. The festival is a fun and competitive event that challenges a sculler’s technical skills, manoeuvrability and competency, and is run as an omnium with points from individual events contributing towards the overall rankings.

Side by side races took place on Sunday, with scullers being placed in finals A to F according to their time trial performance. The schedule was revised and races shortened to 500 metres because of the conditions. Hope was the best placed from DARC, coming 4th in the A final in a time of 1.50.9, Rachael was 4th in the E final and Grace 4th in the F final. Race results are availabe here.

For full results listings in each category see U23 and J18.