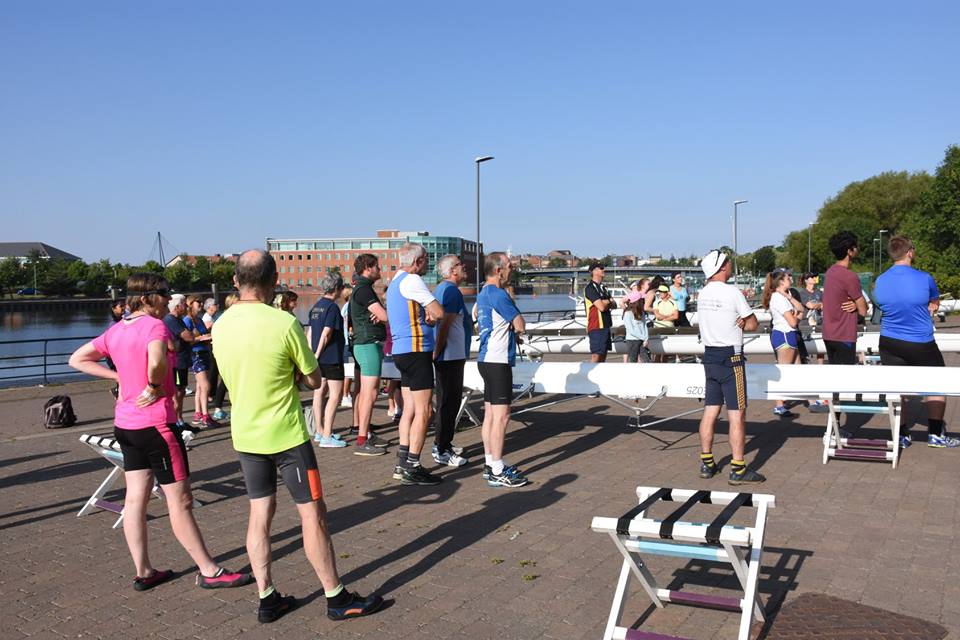 For the past 3 years Tees Rowing Club’s recreational rowers (or WRecks as they like to be called) have invited members of Durham ARC to join them for a row on the River Tees to Yarm and back, a fixture which is gaining in popularity each year. Given the fine condtions this summer it’s not difficult to see why touring is such an enjoyable experience.

Exchange visits between the recreational rowers from Tees and DARC started 6 years ago following the introduction by British Rowing of the Explore Rowing movement and then the Explore Series, and the relationship has since flourished to include the wider masters squad as well as  members of other clubs who row during the daytime.

Coordinated by Len Small from Tees the day is also a social occasion with rowers returning to a BBQ lunch prepared by the Tees members. This year in addition to the 74 taking part in the 25km return trip from the River Tees Watersports Centre to the railway viaduct at Yarm, numbers were swelled by launch drivers, volunteers and supporters, with over 100 attending the BBQ.

In previous years Tees have been able to offer their own boats for use by visitors, thus avoiding the need for trailering,  but with Increased interest from their own members this year visitors were recommended to bring their own boats, a move that has generated interest from those who like to use more familiar equipment. Seventeen rowers from DARC and four from Hexham therefore arrived at Stockton on Tuesday August 7th, with five boats from Durham and one from Hexham, ready to set off, and after a safety briefing the tour got underway at 9.30am. 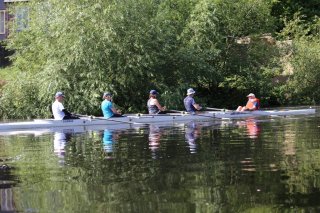 All completed the tour safely after taking turns to land at the pontoon at Yarm School for a short break at the halfway point, arriving back at the River Tees Watersports Centre to enjoy the lunch and post event company.

We look forward to continuing to enhance the status of rowing tours and challenges in future, following the cancellation of this year’s Great Tyne Row and a fall in the number of entries for the River Wear Tour.

Tours are increasing in popularity in other regions with the first Explore the Broads tour, attended by Paddy,  taking place in Norfolk and Suffolk in June and the 25th anniversary British Rowing Tour on the Upper Thames due to set off at the end of August.