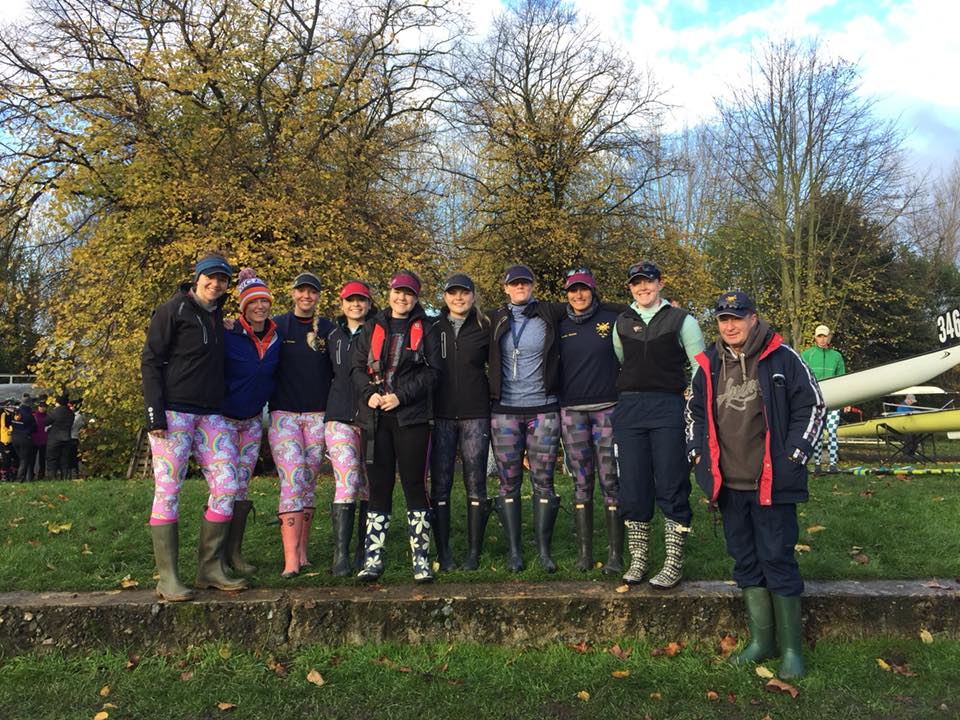 The Veterans Head was rowed over a shorter course from Chiswick to Putney and attracted 235 entries in all Masters categories. It was the second outing on the Tideway in a month for Gill Prescott, having completed the Pairs Head in a DARC Masters E double with Helen McMillan on October 14th.

On Saturday Gill and another of her doubles partners Eva Rankin from Loch Lomond joined Jackie Darling of Barnes Bridge Ladies and Birgith Sims of Kingston RC to form a coxless quad rowing out of Thames Rowing Club. It was the first time that the combination had taken to the water so they were very pleased to have the 5-6km row up to the start. Gill stroked the boat and, with Birgith steering an exceptional course, they started in the middle of the Women’s Masters F 4x- with Tideway Scullers and Molesey ahead, and Walbrook and Marlow behind. The crew had a really good row, passing both of those ahead of them and won their event by more than a minute, finishing 115th overall in 21.22.7. As Gill remarked afterwards ‘A win on the Tideway is always special!’.

Rowed over 6.8km on the Tideway course from Mortlake to Putney the event attracts nearly 500 entries from around the UK and this year was run for the first time under BR’s new Competition Framework.

Taking on some of the best crews in the country the 4x- finished 15th of 16 entries in band 1 in 22.34.2 (the winners being the Leander quad of Beth Bryan, Holly Nixon, Victoria Thornley and Katherine Copeland) and the 4x+ was 13th of 17 entered in band 3 in 24.13.6. As Kate pointed out ‘the two DARC boats did themselves so proud and when you race against the UK’s best rowers it’s just lovely not being last!’