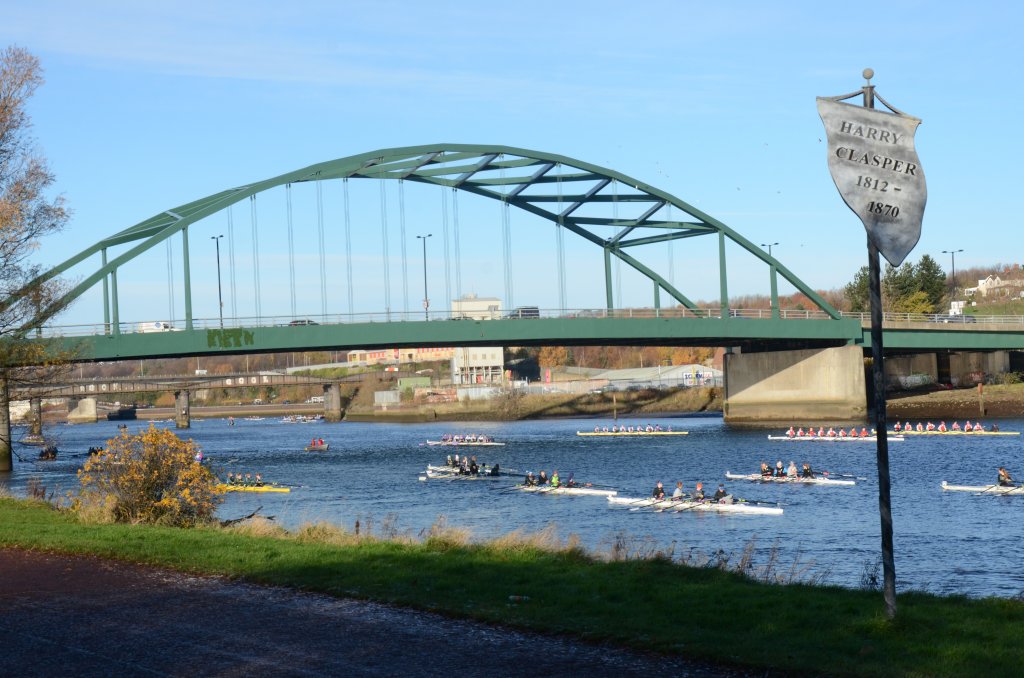 Durham ARC entered 13 crews for Rutherford Head, raced over two divisions on November 25th, and came away with successes for the Women’s Masters E eight and the Masters C coxless quad, both winning in division 1 in entries of five and three respectively.

Rutherford Head traditionally marks the finish of the autumn season before crews regather in the New Year for the build-up to the Tideway Heads in March.

As a consequence of the BUCS Head being relocated to the Tyne for an initial 3-year period recent Heads have seen vastly increased interest from further afield. This year London University was the most successful club with wins in 9 events over the two divisions.

Founded in 1966 by the then Rutherford College (later to become Newcastle Polytechnic and later still Northumbria University), Rutherford Head is rowed over 4500 metres from Scotswood to Newburn and is the largest rowing event on the River Tyne with 250 entries this year, including 96 eights. Since 1977 it has been organised by Tyne ARC. 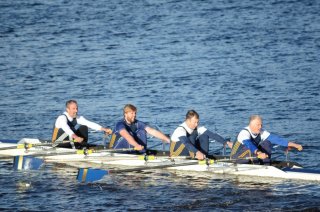 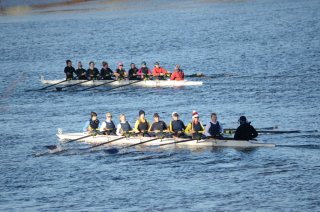 Final results with masters adjustments can be found on the Tyne ARC website.