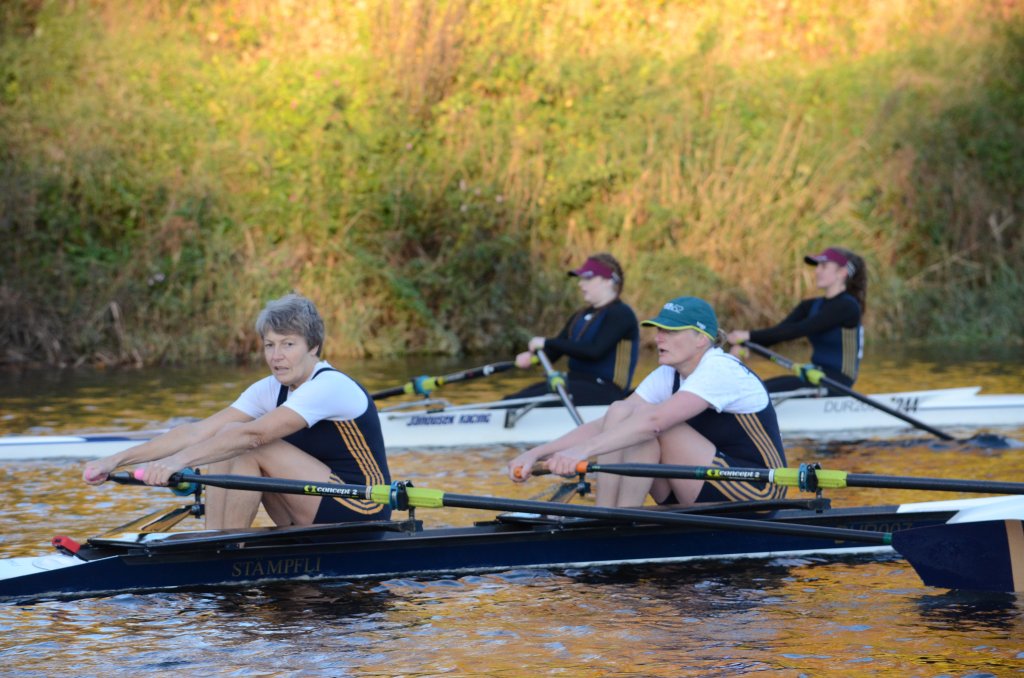 Rowers from across the north of England converged on the River Wear last Saturday for the Durham round of the Northern Rowing Council’s Long Distance Sculling (LDS) Series, a time trial over 1800 metres with competitors taking on the course from Count’s House to the Bandstand in single, double and quadruple sculls, the key element being successful negotiation of the narrow arches of Elvet Bridge at the midway point.

The latest round, hosted by Durham Amateur Rowing Club, was the fifth of six scheduled over the autumn at different locations across the north-east and with weather and water conditions ideal there was great enthusiasm among the 100 crews assembled, after the disappointment of seeing earlier rounds at Berwick and on the River Tyne cancelled because of high winds. 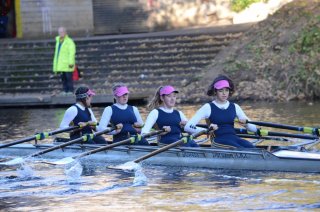 As in recent years the morning event was the first part of a double header, coinciding with Durham ARC’s Autumn Small Boats Head (SBH) in the afternoon. Such is its popularity that for the first time a second division of the SBH was added, thus allowing 3 opportunities to race in different categories throughout the day.

The Small Boats Head also provides an opportunity for competition in sweep-oared boats (pairs and fours), the format preferred by the colleges of Durham University. After the Tyne cancellation last week this was their first chance of the new academic year to race.

The day is a showpiece for the sport, attracting the best of the region’s rowers of all ages, as well as enabling those new to the sport to take part, and brings together clubs, schools and colleges. 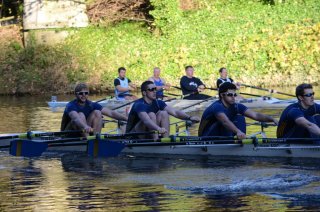 The fine conditions permitted some of the fastest times for many years, with the Durham ARC J18 junior coxless quad fastest of the 300 entries, Harry Coe, Josh Stephenson, Matthew Skinner and Matthew Edge posting a time of 6min 01.2 sec and maintaining their unbeaten record for the year in the LDS Series. In the LDS Durham ARC also took victory in the Open double sculls, Andy Jaggard won the Masters G single and there were wins in the Women’s coxless quad, Women’s Masters C double, with Clare Woodward and Susan Jackson also taking the prize for the fastest Senior Women’s double, and Joyce Collett in the Women’s Masters G single scull, while in the SBH there were wins for the club in 11 categories including the Open coxless quad, Open pair, Women’s coxed four, J16 girls coxless quad, J14 girls coxed quad, Alannah Baldwin and Katie Strangward in the J18 girls double, Open Masters D coxed quad, John Lyons in the Open Masters E single scull, and the Women’s Masters E double, with Gill Prescott and Helen McMillan also winning the prize for fastest Women’s double of the day. The Women’s Masters F coxed quad gained their first victory in a head race and Gabrielle Moore won for the first time in a single in the Women’s Masters E 1x. 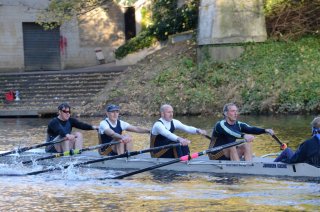 Success was well distributed among other clubs with Chester-le-Street, Hexham, Tyne ARC, Tyne United, Talkin Tarn, Tees RC, Cambois, Sunderland City and Lakeland RC all claiming victories. Queen Elizabeth High School was the most successful school, while Hatfield College was the most successful of the Durham University clubs, setting the fastest times in both men’s and women’s categories from a total of 35 college coxed fours entered.

Points accumulated in each round of the LDS Series go towards a Victor Ludorum prize presented to the winning club at Junior, Senior and Masters levels after the final round at Tees RC on Saturday. 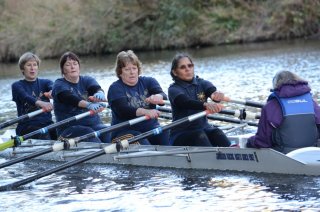