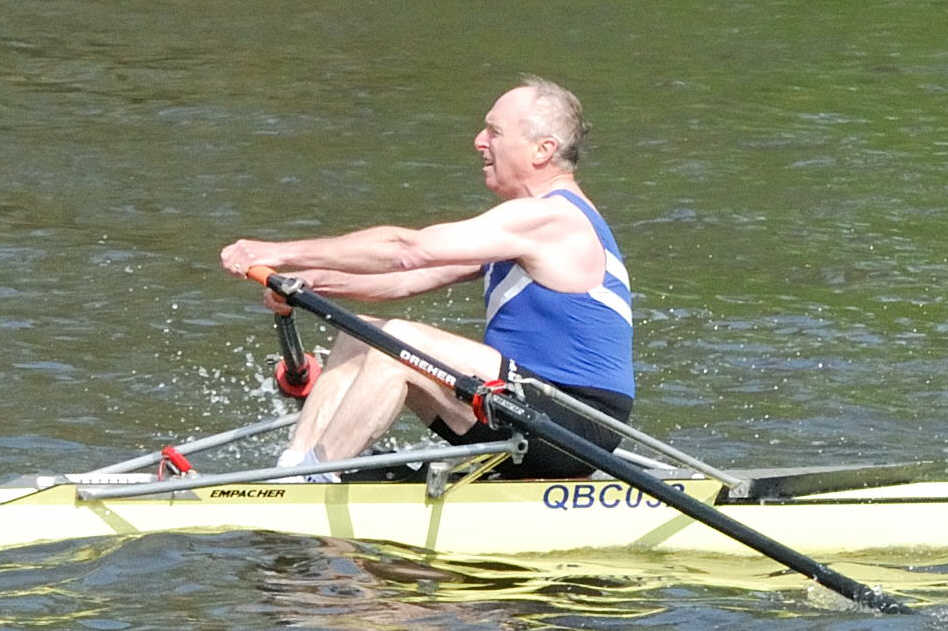 Quintin Boat Club has announced the death of Geoff Potts on October 28th following a heart attack while coaching in a launch at Mortlake Anglian and Alpha BC. His association with Quintin began in the 1970s and lasted until around 2 years ago when he moved to MAA.

Geoff Potts started rowing at Durham School in the 1960s and, along with John Appleby, Gareth Powley, George Nicholson and Tony Bailes, was a member of the coxed four victorious in the Grand Challenge Cup at Durham Regatta in 1966.

The winning crew was to be reunited 50 years later as special guests at the 2016 Durham Regatta. 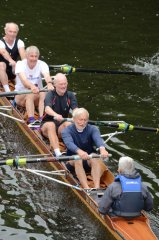 After leaving school Geoff went on to Durham University and rowed, along with Bill Grant, for DUBC at Henley Royal Regatta between 1968 and 1970 before initially joining Tees Rowing Club where he started his sculling career.

Greater success was to follow however after he moved to DARC

Later the same year when the first National Championships was held at the new 2000 metre course at Holme Pierrepont, Nottingham, Geoff Potts and Tom Bishop took the silver medal in the double sculls.

Then in 1974 Geoff was selected as Great Britain Lightweight Single Sculler at the World Rowing Championships in Lucerne, Switzerland, the first time that the Championships included events for lightweights. Becoming DARC’s first male international Geoff won the first ever WRC lightweight race and went on to finish 4th overall.

After relocating to London he continued to be acknowledged as a very accomplished veteran sculler at Quintin as well as being highly regarded as a coach.