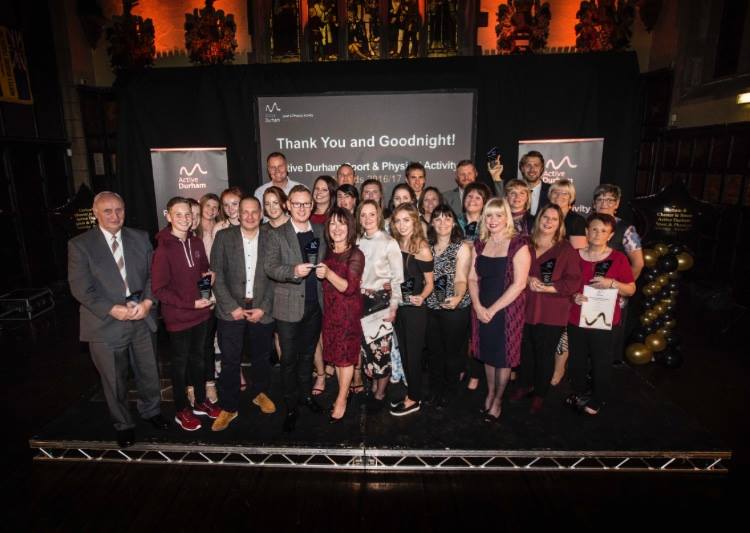 Plaudits have been flowing in for Gordon Beattie after he was given the accolade of Coach of the Year for the Durham and Chester-le-Street area in the annual County Durham Sport Awards on October 27th.

Gordon has been coaching for over 40 years as well as carrying out many other duties around the Club on a voluntary basis, and had been looking forward to a well-deserved rest until being persuaded to cycle up and down the riverbanks of the Wear for one more year, helping Hope Cessford achieve her aim of selection for the GB Junior squad for the second successive year.

Hope was selected for the GB coxless four that won the B final at the World Junior Championships in Lithuania in August. She spoke of Gordon as the most influential person in her life. ‘He has taught me the meaning of hard work, dedication and what it takes to be a successful athlete whilst also being a shoulder to cry on’.

Award winners from each of the 4 geographical areas go forward to the County final at the Gala Theatre on January 26th 2018.