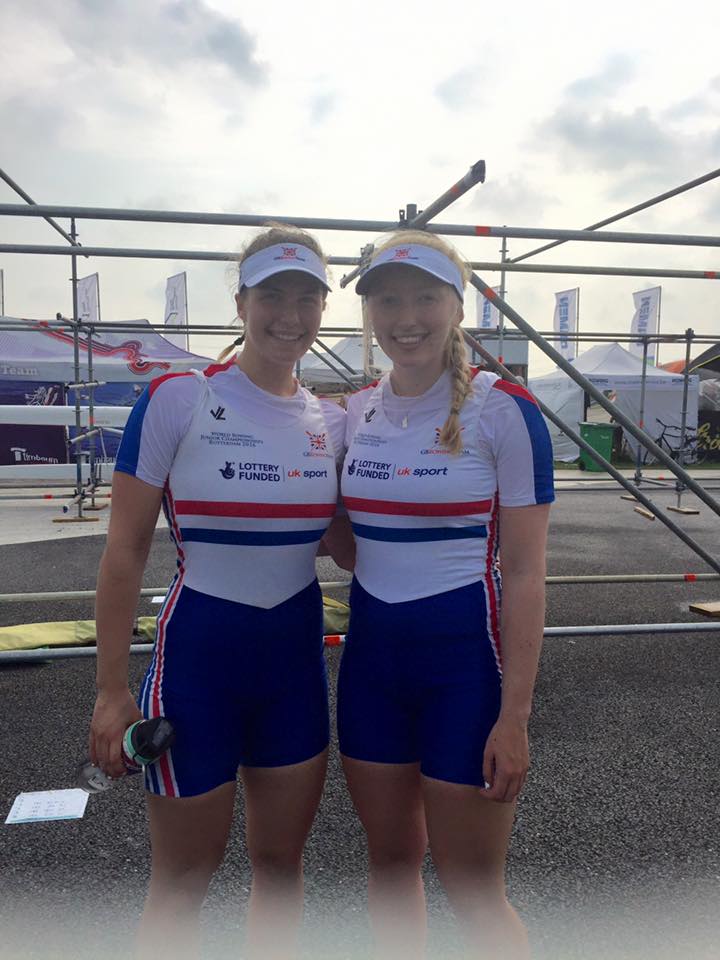 The World Rowing Championships took place on the recently opened 6 lane Willem-Alexander Baan course in Rotterdam between August 21st and 28th, with Hope Cessford of Durham ARC and Lauren Irwin of Chester-le-Street ARC selected for Great Britain in the Junior Women’s Pair (for athletes under 19), the only representatives from the Northern region in the GB squad.

The Championships combines Senior, under-23 and Junior championships into a huge 8-day extravaganza, the most important World Rowing event of the season, under the banner of the world governing body FISA.

The GB pair’s first race over the 2000 metre course was on Wednesday where they were drawn in a difficult heat with the winning USA pair setting a World Championship best time of 7min 16 sec. With only the winners qualifying automatically for the A final, Hope and Lauren finished in 5th place in 7.42, qualifying for the repechage the following day.

A fourth place finish behind Denmark on Thursday put the GB pair into Sunday’s B final.

The B final was a close race for the leading places between Romania, Lithuania and Great Britain, but despite a strong challenge in the 3rd quarter the GB pair finished in 3rd place, half a length behind Lithuania in 7min 31sec.

With Italy winning the A final in 7.16 and taking the gold medal this placed GB 9th in the world in the event, an outstanding achievement for the pair from County Durham