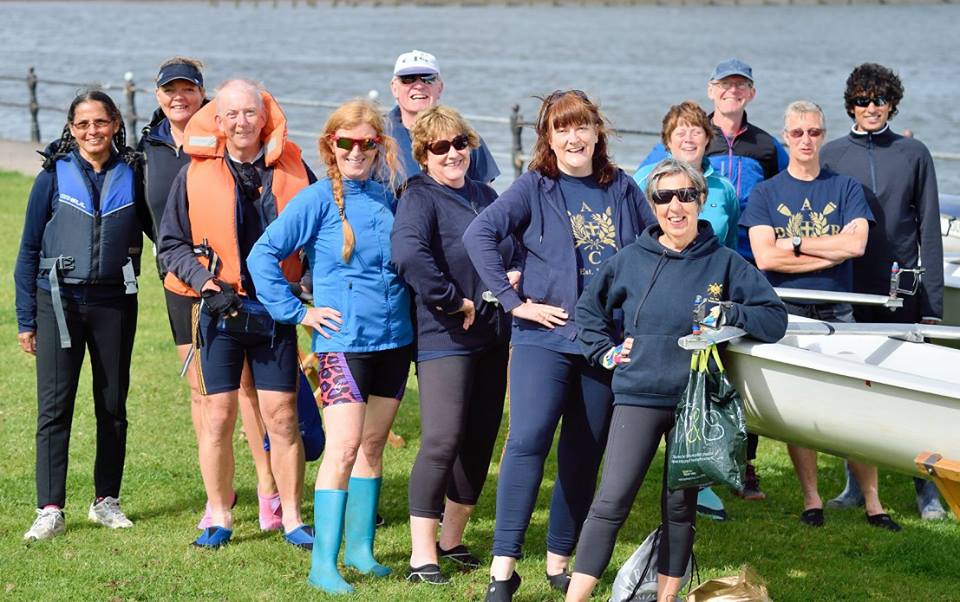 The second River Wear Tour, hosted by City of Sunderland Rowing Club, took place on Saturday August 13th. Thirteen rowers from Durham ARC joined crews form Tynemouth, Gateshead and Sunderland Rowing Clubs for a 20km paddle along the tidal stretch of the Wear in stable quads, a double and a skiff.

Armed with a tour map and informative documents about local landmarks crews departed upriver from South Hylton, passing the Shipwrights pub at North Hylton, Washington Wetlands Centre, the Nissan factory, Penshaw Monument and Cox Green before turning beyond the Victoria Railway Bridge, with the outgoing tide easing the return to South Hylton. A brief stop to change cox offered some respite before crews departed downstream again towards the historic Sunderland shipyards, passing the construction site of the new Wear bridge, Queen Alexandra Bridge, the Stadium of Light and Wearmouth Bridge along the way.

Turning back against a stiff westerly breeze combined with the outgoing tide made for difficult conditions on the final leg back to South Hylton before all tucked into the BBQ provided by the host club, celebrating the achievements of Team GB at the Rio Olympics.