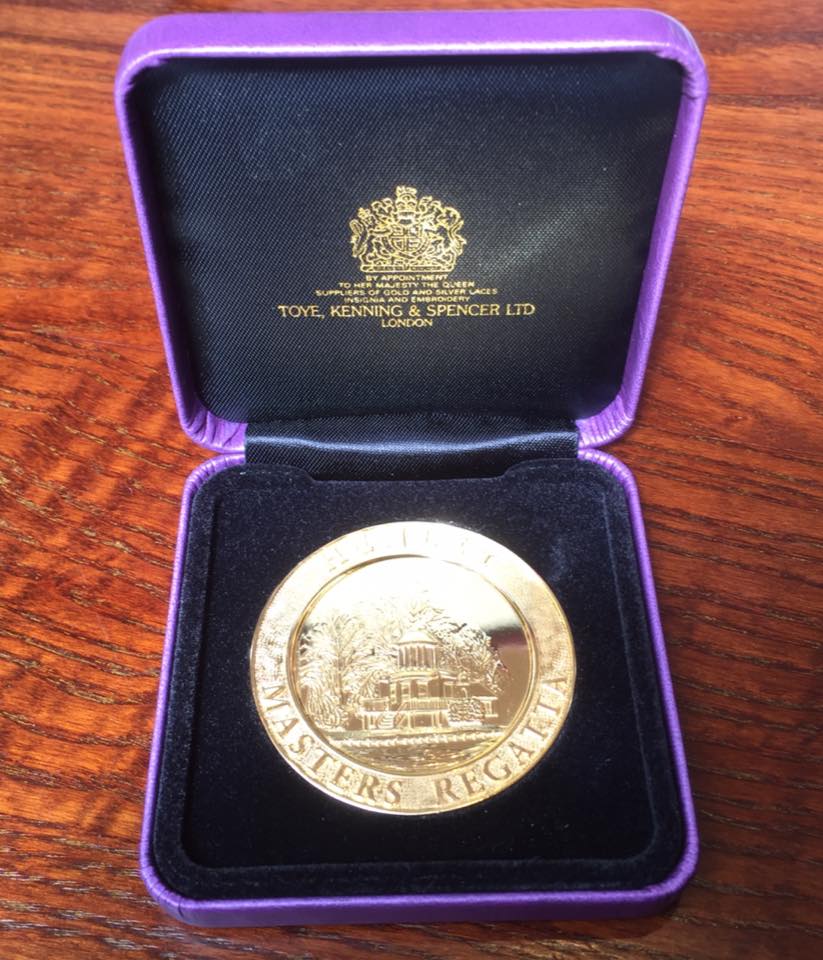 Held over a 1000 metre course at Henley-on-Thames on July 8th and 9th the regatta has taken place annually since 1994 on the week following Henley Royal Regatta. Eagerly anticipated by the Masters rowing community (those aged over 27) it attracts entries from across the UK and overseas and can accommodate up to 360 races per day.

DARC’s Women’s Masters D composite coxless quad won their heat against Lea Rowing Club but went out on Friday in the semi-final against Wallingford RC.

Following a dead heat in the quarter final the men’s Masters F coxed four lost out by three quarters of a length in the re-row against a German composite from RV Saarbruecken, Leipzig.

After overcoming Crabtree BC in their semi-final the men’s F eight went on to win in Saturday’s final against host club Upper Thames RC.