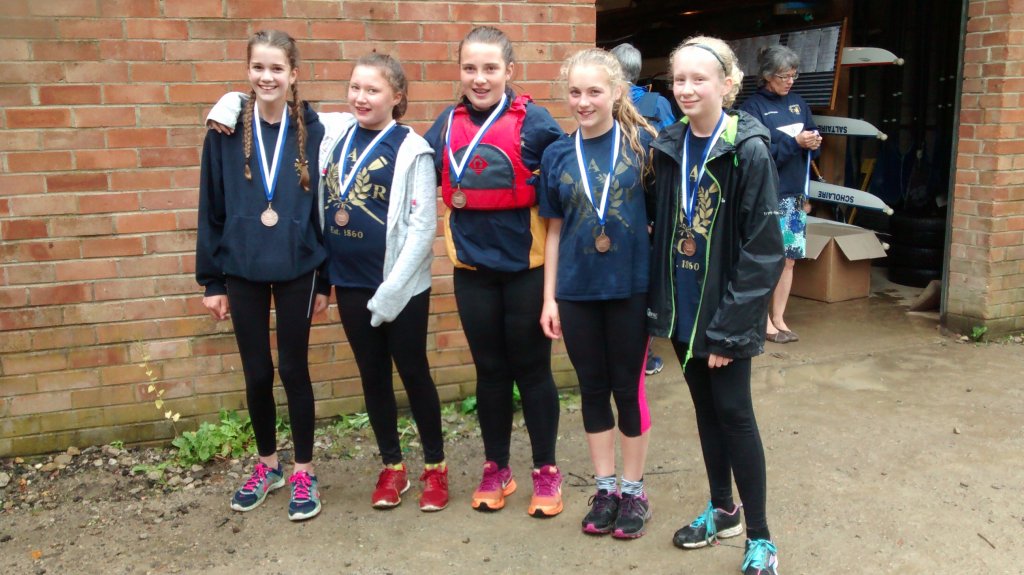 The younger juniors went to Bradford Sprint Regatta on Saturday June 25th. With 18 different combinations of girls in doubles and quads taking part in a total of 8 events Mark, Debbie and Ray had an extremely busy day getting crews on and off the water. The older girls worked well organising themselves in rigging, warming up and helping each other with boating. 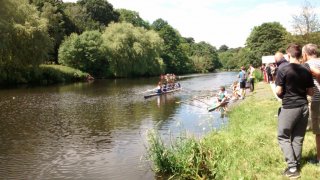 The J15 girls (Abby Burke, Alannah Baldwin, Bethan Hall, Katie Strangward and cox Izzy Wilkinson), having spent most of the season taking part in sweep-oar events in which they had already de-noviced, were sculling this time, and also de-noviced in the Women’s Novice quadruple sculls.

There were some excellent performances from all of the other girls who were entered in different quad and double combinations.  Despite the lightning and torrential downpour, which suspended racing for a while, it was a great event on a beautiful stretch of river. 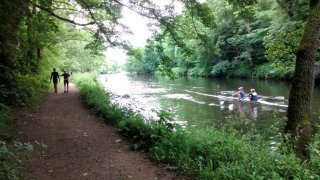 The Juniors have had a very successful season. Follow their progress by following Durham ARC on Instagram.