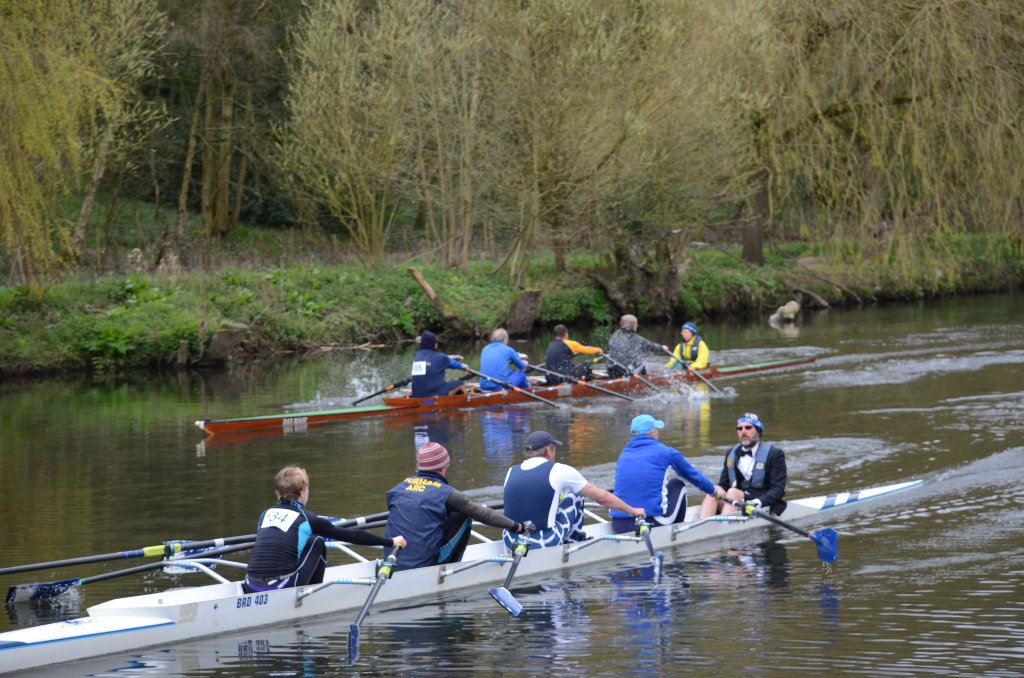 Twelve Off-peak and Masters members from Durham ARC attended this year’s War of the Roses scratch regatta at Bradford ARC. Coinciding with St. George’s Day and the 400th anniversary of Shakespeare’s death it was a suitably momentous occasion, particularly for DARC’s Vaughan Gordon who emerged with 2 medals after his two crews emerged undefeated after 9 races, claiming victory in both the sweep-oar and sculling competitions. 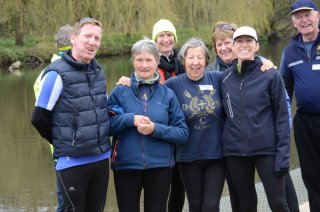 An opportunity to network with friends from around the north of England the event is a firm favourite, on this occasion involving 38 crews of mixed ability Masters drawn from 10 clubs based on either side of the Pennines, crews being allocated at random to race in coxed fours and quads on a knock-out basis. Bradford provide boats and coxes so trailers are unnecessary.

The climax of the day was the challenge race between eights representing the Red Rose of Lancaster and the White Rose of York that gives the event its name. Colin Lawson from DARC was drawn to race in the Red Rose crew which lost by a canvas to the Yorkshire crew who retain bragging rights for a second year. 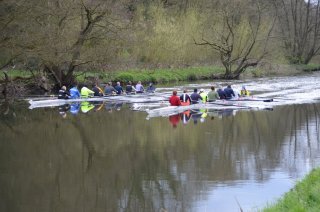 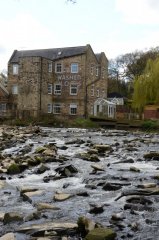 After a long day of friendly and highly enjoyable racing crews from the record entry convened in the clubhouse to enjoy curry supplied by Iqbal Catering accompanied by ales specially brewed locally in Keighley by Timothy Taylor.

The visit also provided an opportunity to catch up with progress on the repair of Hirst Weir following the damage caused by winter flooding in the Aire valley. Durham ARC and Durham Regatta made a combined donation of £2665 to the restoration appeal in February. The river is now rowable once more, though the weir has lost some of its former glory. A second phase of restoration is underway which will see a fish pass installed to satisfy Environment Agency requirements. There was a glowing commendation from Bradford President Celia Hickson for the help offered by Durham in Bradford’s time of need. 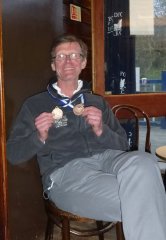