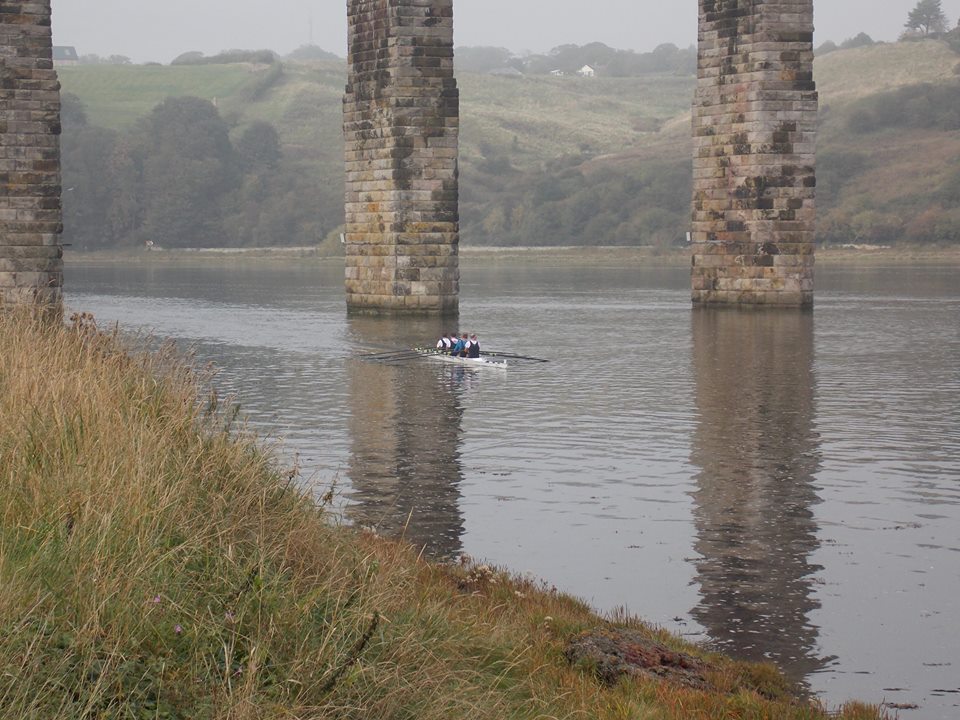 This year’s Long Distance Sculling Series is into full swing with rounds at Cambois, Berwick and Tees already completed and the Durham round due to take place on October 31st.

The series, which opens the winter heads season, is organised by the Northern Rowing Council and takes place over 6 consecutive weekends at venues across the north-east, including courses of varying length up to 5km.

Increasing popularity in recent times has led to additional rounds being added and for the first time in many years this year’s series includes a visit to Berwick to take in the picturesque waters of the River Tweed. In addition to the Long Distance Sculls (LDS) several clubs have taken the opportunity to host a Small Boats Head (SBH) on the same day, providing the opportunity for competitors to race in sweep oared as well as sculling events.

The Masters and Juniors continue their good form, with the men’s Masters D/E quad following up their win in the Boston Marathon with further successes at Wansbeck, Berwick and Tees, and three different Women’s D/E coxless and coxed quad sculls combinations also winning at the 3 venues. Having bought their own boat to alleviate demand on club boats the Masters D crew of Carole McCarthy, Clare Woodward, June Davison and Susan Jackson remain unbeaten since winning at the British Rowing Masters Championships in June. Competing in a higher age category Aidan Rushforth won the single sculls at J18, IM3 and IM2 levels at the Wansbeck and Tees heads.

After this week’s LDS round on the Tyne a large entry is expected at Durham for the LDS on the morning of 31st and the Autumn SBH (a new event on the calendar) in the afternoon. Both take place over the 1800 metre long course, with crews passing under Elvet Bridge. Volunteers are as usual needed for timing and marshalling as well as to assist with catering. The closing date for entries is October 23rd. The series concludes at South Hylton on November 7th.

Find out more about the series on the Northern Rowing website.