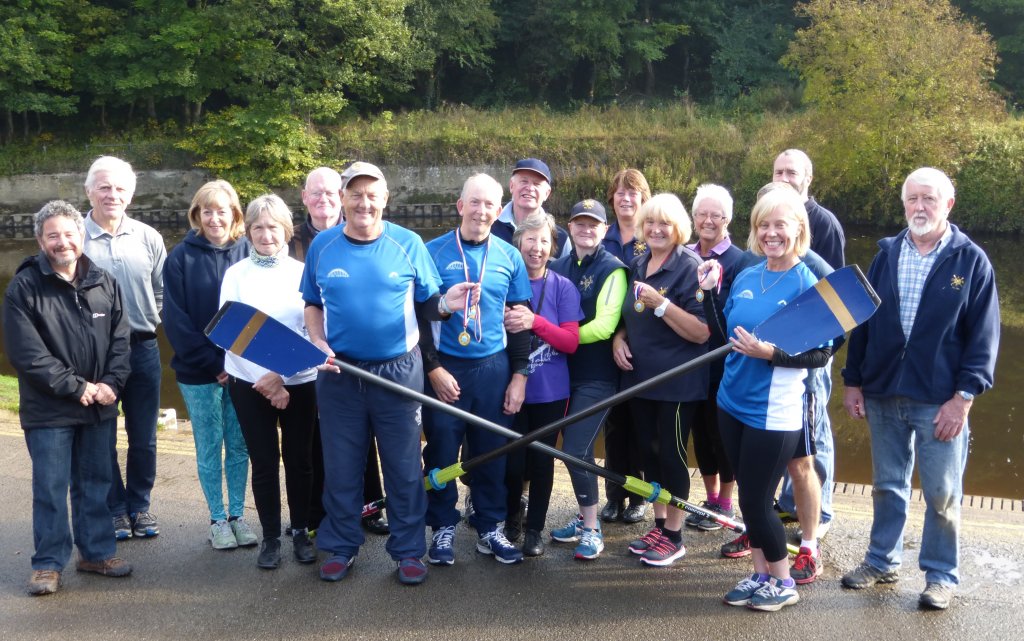 By completing the 2015 Great Tyne Row in September members of Durham ARC raised £1000 in sponsorship, which was divided between 3 charities – Clic Sargent (a children’s cancer charity), Grove House (which supports children with physical or learning disabilities), and Durham Trinity School (a special needs state school in Durham).

Crew members and supporters gathered on October 11th for a publicity shoot before members of the Wear Soarted crew (Gene Dobson, Debbie Jahangiry Gerry King, Colin Lawson and Vaughan Gordon) went to Trinity School to meet some of the pupils and hand over a cheque for £350. The following week £347 was donated to Grove House, with remaining funds going to Clic Sargent. The prize of a bottle of champagne for most accurately predicting the crew’s finishing time of 2hr 04m 25s was won by Heather from Newton Aycliffe.

The Great Tyne Row is an annual challenge that involves rowing 25km in stable boats along the Tyne from Newburn to Tynemouth.