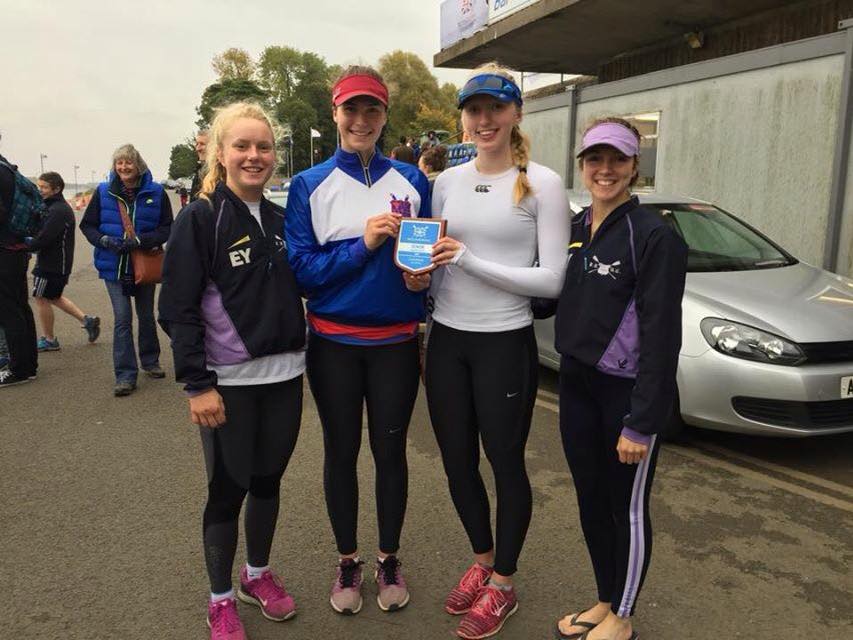 After winning the gold medal in the J16 girls single sculls at this year’s National Junior Championships one of Durham ARC’s most promising young scullers Hope Cessford continued her excellent form, this time competing in a coxless quad at the British Rowing Senior Championships, held at the National Watersports Centre in Nottingham over the weekend of October 17th/18th. Hope was racing in a composite crew along with Lauren Irwin of Chester-le-Street ARC and Katy McDonald and Rosalind Wilson from Durham University Boat Club.

The crew won through to the B final, winning the national under-19 championship by 15 seconds in the process, and finishing as the 9th fastest 4x crew overall. The A final was won by the Great Britain national squad of Victoria Thornley, Victoria Meyer-Laker, Polly Swann and Jessica Leyden, representing the Leander club.

The national Senior championships has been rescheduled to October in recent years, after previously being held during the summer months, so as to be at a more convenient time to allow national squad members to represent their clubs and compete alongside other club rowers, serving as a means to identify and develop new talent from within the club system and enabling top rowers to be role models for the next generation.