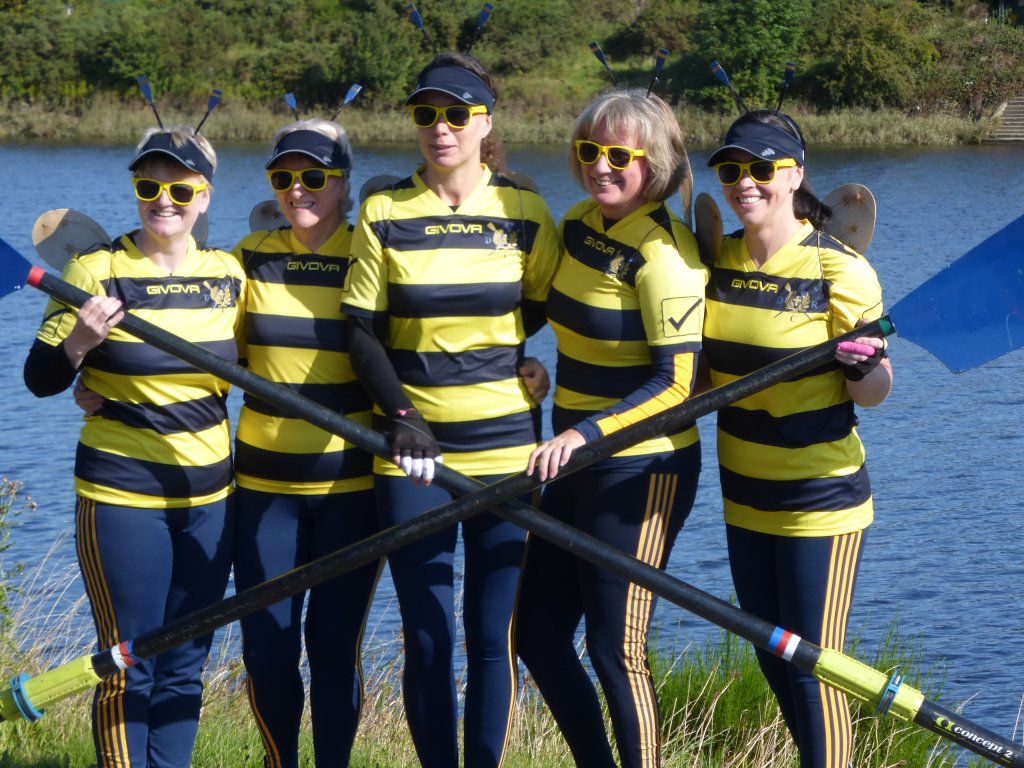 The 2015 Great Tyne Row took place in glorious sunshine on Sunday September 6th with the record 40 crews enjoying relatively calm conditions throughout the 25km course before having to deal with a degree of swell while crossing the mouth of the river to land on Tynemouth beach.

This was the 5th year the event has been staged and thanks to the loan of a boat from Durham University  DARC was able to enter four crews, a women’s 4+, a women’s 4x+, a mixed 4+ and a women’s 2x+. 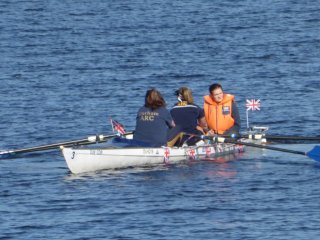 With high tide due at 10.30am there was an earlier than usual start. The first boat to set off from Newburn was Darc Dippers Duo in the Dun Cow 2x+ in division 1 at 10.45, crewed by Sue Lyons and Leigh Bowron, and coxed by Emma Lyons. 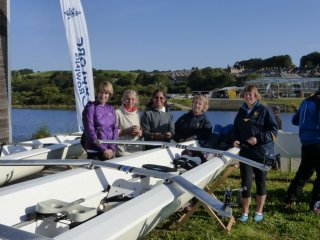 Three of the crews were carrying out rotations of personnel on the water to share coxing duties, providing welcome respite from the annual ‘slog on the Tyne’ and  much amusement for those not taking part! 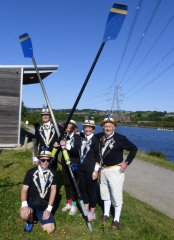 The Great Tyne Row is a fun occasion, and the incentive of prizes for the best dressed crew and best decorated boat produced some interesting costumes to add to the spectacle, with Bee Oarsome colourfully attired in their bee outfits, complete with wings and antennae, being pursued down the river by the swan-bowed quad of the Devil’s Elbow women’s quad, Swan Lake, who won the best decorated boat award hands down, with the fishermen’s costumes of Just for the Halibut from Whitburn Community Rowing Club claiming the accolade for best dressed crew.

There were few hiccups. Other than the hold-up awaiting clearance from the Port of Tyne Authority before the roller-coaster crossing of Tynemouth harbour the main hazard came from over-enthusiastic jet-skiers getting too close for comfort near Scotswood. Some crews were even afforded the luxury of timing their arrival at the Millennium Bridge to coincide with the daily 12 noon opening. 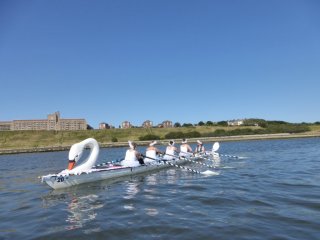 GPS tracking was introduced for the first time to improve progress monitoring and help alleviate the timing difficulties experienced at the previous years event.

As far as results are concerned, and after some revisions to the provisional times to account for GPS anomalies, Wear Sorted finished 17th with a time of 2hr 04m 25s, Scullduggery came 19th in 2hr 06m 32s, Bee Oarsome were 21st in 2hr 09m 19s and Darc Dippers Duo finished 34th in 2hr 26m 37s. For the first time medals were presented to all finishers. 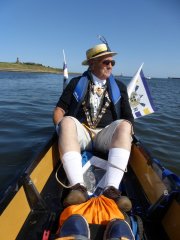 A thoroughly enjoyable day was had by all concerned. Thanks go to Joe for towing the trailer and getting it to Tynemouth ready for the finish, to the event organisers and volunteers for ensuring the day went so smoothly, and to Tynemouth Rowing Club for the hospitality at the finish.

Northern Rowing has provided more photos and official final results and there is a further report from British Rowing.